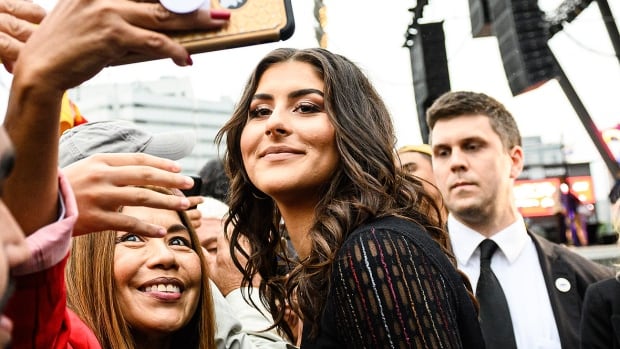 The honours just keep rolling in for Bianca Andreescu.

“To congratulate her on her amazing accomplishments at the .USOpen, and to thank her for being an inspiration to young athletes across the city, I’m pleased to proclaim today as Bianca Andreescu Day in the CityofToronto,” Toronto Mayor John Tory tweeted.

In his official letter, Tory wrote “Bianca has won the hearts of millions of Torontonians.”

The 19-year-old Andreescu, Canada’s first Grand Slam singles champion, was scheduled to travel to Montreal on Monday for an open practice on centre court at IGA Stadium.

Andreescu is expected to return to tournament play at the Beijing Open, Sept. 28-Oct. 6.