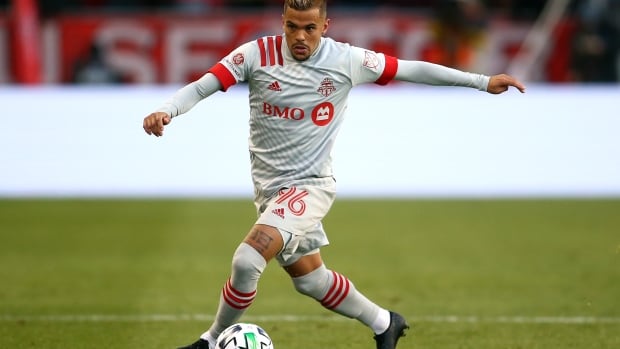 Toronto FC plans to up its training on Monday, going from individual workouts to small group sessions.

Major League Soccer, which suspended play on March 12 due to the global pandemic, announced Friday that teams had the green light to start voluntary small group training providing their plans are approved by the league and don’t conflict with local heath or government policies.

Individual outdoor player workouts at team training centres have been allowed since May 6.

It took some clubs longer than others to get the necessary approval for the individual training, with Montreal, Chicago Fire FC, the New York Red Bulls, New York City FC and D.C. United not getting the green light until last week.

The San Jose Earthquakes have yet to resume training.

The league is reportedly looking at resuming play later this summer in one hub, possibly the Orlando area.

Clubs can divide each full field into two halves, assigning a group of players to each segment. Each half-field can be split up into six zones, spaced at least 10 feet (three metres) apart. Only one player may be in a zone at any given time.

Players can pass the ball and shoot on goal within a group, providing they maintain physical distancing.

Other rules include barring goalkeepers from spitting on their gloves, which must be sanitized after each training.