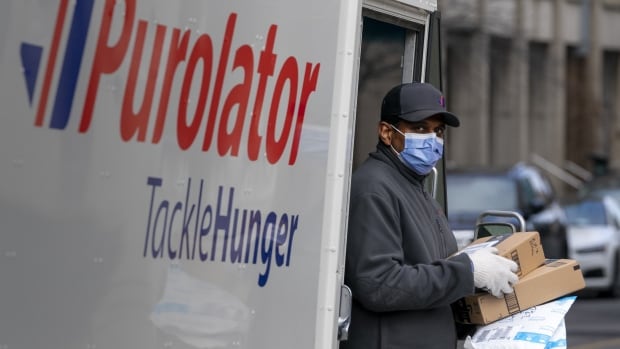 The federal and Ontario governments say they’re now working toward collecting race-based health data as part of their response to the COVID-19 pandemic.

Human rights commissions from across Canada have added their voices to those of municipalities, health advocates and elected officials calling for the collection of raced-based COVID-19 data to ensure that vulnerable groups are protected.

Earlier today, both the federal and Ontario governments said that while they typically do not collect race-based health data, they are working on plans to start doing so now.

Prime Minister Justin Trudeau says the government has invested millions of dollars towards improving the collection of race-based data. 2:17

“We recognize that there have long been challenges in Canada about collecting disaggregated data … which is why a number of years ago, we invested millions of dollars towards Statistics Canada to start improving our ability to collect race-based data,” Prime Minister Justin Trudeau said Friday in Ottawa.

“We’ve flowed greater funding to community organizations and grassroots organizations that are helping out people who we already know to be more vulnerable and marginalized … But yes, we need to do a much better job around disaggregated data and that’s something that we’re going to do.”

Ontario Health Minister Christine Elliott said that local health agencies in the province can collect race-based data legally now, should they choose to do so, providing they respect privacy and confidentiality.

‘We haven’t traditionally collected race-based data in health but there are a number of organizations that have come to us to ask us to do that,” Elliott said.

‘We are working with the anti-racism directorate to set up a broader framework in order to collect that in a meaningful way. It is something that we are working on as an active project.”

Ontario Health Minister Christine Elliott says that while her province has not traditionally collected race-based health data, it is working on a plan to start. 0:41

Canada does not collect race-based pandemic data. Both the United States and the United Kingdom have started doing so.

“The old adage of ‘what gets measured gets done’ is especially relevant right now. In order to tackle COVID-19, we must fully understand it and who is most at risk,” Toronto City Coun. Joe Cressy said in a media statement.

“Toronto’s data has shown that while we’re all susceptible to the virus, parts of the city are more impacted than others. In order to protect our residents and beat COVID-19, we need the Ontario Government to collect and share disaggregated data.”

One of Canada’s leading experts on the social causes of disease told CBC Radio’s The House last week that Canada’s failure to collect race-based data on COVID-19 infections amounts to discrimination by “neglect.”

“Discrimination is not necessarily about what you do. It’s often about what you don’t do,” said Dr. Kwame McKenzie, a psychiatry professor at the University of Toronto and CEO of the Wellesley Institute, a think tank that studies urban health issues.

“It’s not about people being actively discriminatory or racist. It’s sometimes about just neglect,” he said. “And the fact that we haven’t collected this data seems neglectful, because everybody really knew we should be collecting these data but it was never at the top of anybody’s list of things to do.”

Liberal MPP Mitzie Hunter, who represents the provincial riding of Scarborough-Guildwood, said the lack of information about who is getting the virus now, and who is most in danger of getting sick, puts people in her community at greater risk.

“One of the weaknesses in the Ontario Public Health Response is the lack of the collection of disaggregated data based on race and other demographic profiles that could help track the progress of this virus by individuals, where they work, where they live and income levels,” she told The House last week.

“All of those factors … could help to save lives.”

NDP Leader Jagmeet Singh also has called for the collection of race-based data to improve health outcomes for vulnerable groups.

“We need to make sure we have the data, that there is race-based data that allows us to make the evidence-based decision making to remedy these injustices,” Singh told the House of Commons earlier this week.

On Friday, Trudeau admitted that during the early days of the COVID-19 outbreak, public health officials were not always collecting basic demographic information, such as age and gender.

“We know we need to do much better to properly understand where things are hitting hardest in this COVID-19 crisis,” he said.