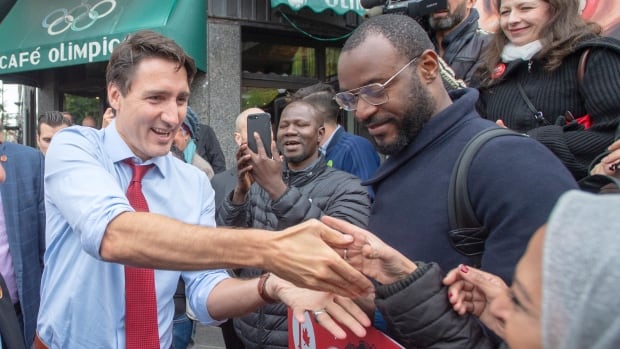 The Trudeau government commissioned expert panels to look at other areas of assisted death, including advance requests and extending the right to mature minors and people with severe psychiatric disorders.

Trudeau did not offer specifics today when asked how he would proceed in those areas if he’s re-elected, but said he would aim to strike a balance between protecting the most vulnerable people and respecting the rights and choices of Canadians.

“We recognize that we need to take more steps to move forward as a society. We recognized that court cases would come in, that people would be evolving as a society and that’s what we’ve responded to,” he told reporters after a rally in the Montreal riding of Outremont.

“We will move forward in a responsible way with legislation that responds to that.”

Trudeau also promised to ensure the proper supports are in place for palliative care and people with disabilities, so that no one chooses to end their life because they can’t get the help they need.

“The essential element around society is ensuring that everyone gets the supports, the treatment they need to live in dignity, and to make the choice of medical assistance in dying one that is made in a way that isn’t because you’re not getting the supports and cares that you actually need,” he said.

A Quebec judge invalidated sections of the federal and Quebec laws on medically assisted dying last month, ruling that they were too restrictive and therefore unconstitutional.

Trudeau said the Liberals would review the court decision to see how the law could be improved, but that the federal government would not appeal the ruling.

The judge invalidated a Criminal Code requirement that a natural death be “reasonably foreseeable” before someone can be eligible for assisted death.

Trudeau said that when the legislation was introduced three years ago, he knew that various courts would rule on it and that Canadians’ views on the subject would evolve.

Conservative Leader Andrew Scheer has said he would appeal the ruling so that the Supreme Court of Canada could provide certainty.