U.S. President Donald Trump challenged the woman accusing his Supreme Court nominee of sexual assault on Friday, saying that if the alleged attack was that "bad" then she would have filed charges.

I have no doubt that, if the attack on Dr. Ford was as bad as she says, charges would have been immediately filed with local Law Enforcement Authorities by either her or her loving parents. I ask that she bring those filings forward so that we can learn date, time, and place!

The president had previously avoided naming Christine Blasey Ford or casting doubt on her account. Ford alleges Judge Brett Kavanaugh sexually assaulted her more than 30 years ago when they were teenagers. Kavanaugh has denied the allegations.

The accusation has jarred the 53-year-old conservative jurist's prospects for winning confirmation, which until Ford's emergence last week had seemed all but certain. It has also bloomed into a broader clash over whether women alleging abuse are taken seriously by men and how both political parties address such claims with the advent of the #MeToo movement — a theme that could echo in this November's elections for control of Congress.

Trump's apparent shift in strategy comes as Ford's lawyers are negotiating with the Senate judiciary committee on the terms of her possible testimony next week, raising the prospect of a dramatic showdown over Ford's accusation.

In another tweet, Trump, who is in Las Vegas for various events, wrote: "Judge Brett Kavanaugh is a fine man, with an impeccable reputation, who is under assault by radical left wing politicians who don't want to know the answers, they just want to destroy and delay. Facts don't matter. I go through this with them every single day in D.C."

On Thursday, Ford's lawyers told the judiciary committee that her preference is to testify to the panel next Thursday. She doesn't want Kavanaugh in the same room, her attorney told the panel's staff in a 30-minute call that also touched on security concerns and other issues, according to a Senate aide. That aide wasn't authorized to discuss the matter publicly and spoke on condition of anonymity.

Ford is willing to tell her story — but only if an agreement can be reached on "terms that are fair and which ensure her safety," the attorney said. She said Ford needs time to make sure her family is secure, prepare her testimony and travel to Washington. No decisions were reached, the aide said.

In addition to security, expected to be provided by Capitol Police, Ford has asked for press coverage of her testimony to be the same as for Kavanaugh. Reporters had assigned seating and were kept separated from the nominee, who was whisked to and from the room.

Ford's attorney said Ford would like to testify first — but that might be complicated. Kavanaugh has already agreed to Monday's scheduled hearing. 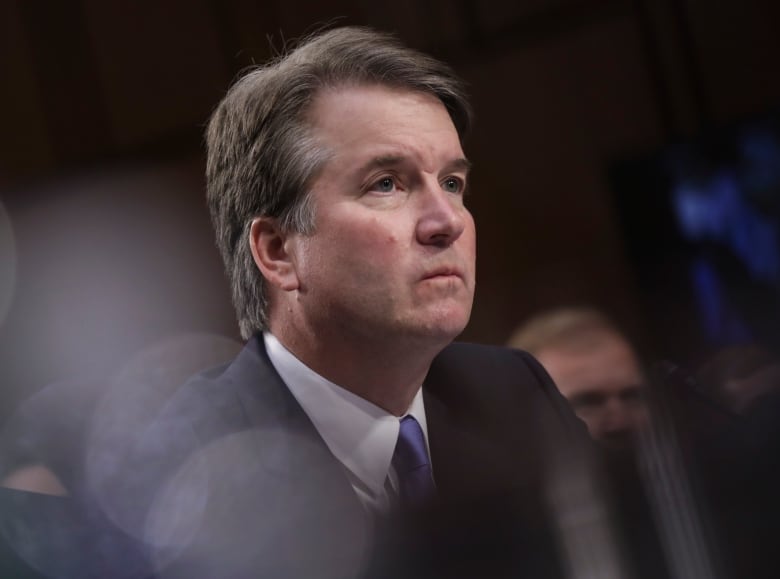 Christine Blasey Ford, who accused Supreme Court nominee Judge Brett Kavanaugh, above, of sexual assault, may testify against him in front of the Senate judiciary committee under the right conditions, her attorney said. (Drew Angerer/Getty Images)

The discussions have revived the possibility that the panel will hold an electrifying campaign-season hearing at which both Ford and Kavanaugh can give their versions of what did or didn't happen at a party in the 1980s. Kavanaugh, now a judge on the powerful U.S. Court of Appeals for the District of Columbia Circuit, has repeatedly denied Ford's allegation.