U.S. President Donald Trump avoided directly answering when asked whether he "currently is or has ever worked for Russia" after a published report said law enforcement officials, concerned about his behaviour after he fired FBI director James Comey in 2017, had begun investigating that possibility.

Trump said it was the "most insulting" question he'd ever been asked, as he spoke to Fox News interviewer Jeanine Pirro, a personal friend, on Saturday night about a New York Times article published on Friday.

He never answered Pirro directly about working "for Russia," but went on to assert that no president has taken a harder stance against Russia than he has.

"If you ask the folks in Russia, I've been tougher on Russia than anybody else, any other … probably any other president, period, but certainly the last three or four presidents," he said.

A second prominent newspaper, the Washington Post, is also reporting that Trump had dealings with the Kremlin that raised suspicions.

Both cite unidentified former law enforcement officials and others familiar with the allegations.

In a Post article published Sunday, the paper reported that Trump has gone to "extraordinary lengths" to keep the details about his conversations with Russian President Vladimir Putin under wraps.

The Post said Trump "took possession of the notes of his own interpreter" after meeting with Putin in 2017 in Hamburg, Germany.

The Times reported on Friday that Trump was investigated after he fired Comey. Agents allegedly feared Trump was acting in the interests of Russia, and against the United States, in the early months of his presidency, and that gave federal law enforcement officials reason to begin an investigation.

Trump's claim that he's been tougher on Russia than any recent president was disputed by the top Democrat on the Senate intelligence committee.

Virginia Sen. Mark Warner said almost all the sanctions on Russia arose not in the White House but in Congress, due to concerns by members of both parties about Moscow's actions. Warner accused the White House of being very slow to put in place the penalties. 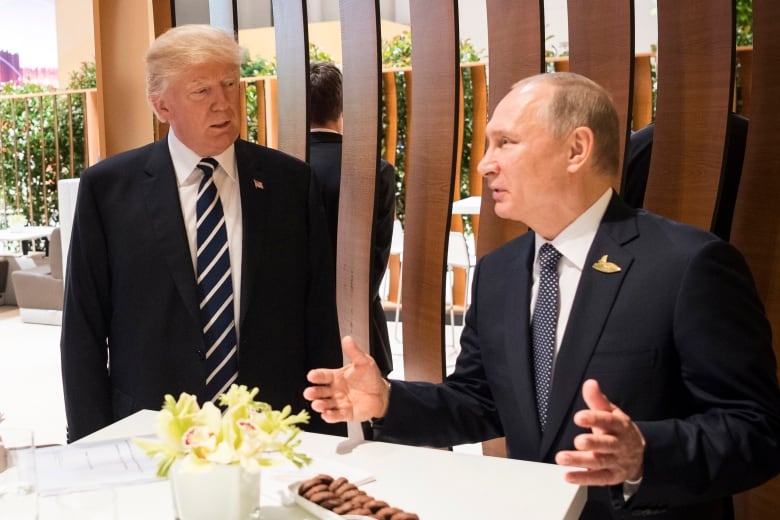 U.S. President Donald Trump, left, and his Russian counterpart Vladimir Putin meet during the G20 summit in Hamburg, Germany, on July 7, 2017. The Washington Post has reported that Trump kept details of their conversation under wraps. (BPA/Getty Images)

The Times reported that FBI agents and some top officials became suspicious of Trump's ties to Russia during the 2016 presidential campaign, but didn't open an investigation at that time because they weren't sure how to approach such a sensitive probe.

Trump's behaviour in the days around Comey's May 2017 firing helped trigger the counterintelligence part of the probe, according to the newspaper.

Trump tweeted early Saturday that the report showed that the FBI leadership "opened up an investigation on me, for no reason & with no proof" after he had fired Comey.

Wow, just learned in the Failing New York Times that the corrupt former leaders of the FBI, almost all fired or forced to leave the agency for some very bad reasons, opened up an investigation on me, for no reason &amp; with no proof, after I fired Lyin’ James Comey, a total sleaze!

Robert Mueller took over the investigation when he was appointed special counsel soon after Comey's firing. The overall investigation is looking into Russian election interference and whether Trump's campaign co-ordinated with the Russians, as well as possible obstruction of justice by Trump. The Times says it's unclear whether Mueller is still pursuing the counterintelligence angle.

Sen. Chris Coons, a Delaware Democrat, said the report "may well suggest what it was that helped start this investigation in the first place."

He and other Democratic senators said this report and others within the past week questioning Trump's behaviour toward Russia give new urgency to the need for the Mueller investigation to be allowed to run its course. 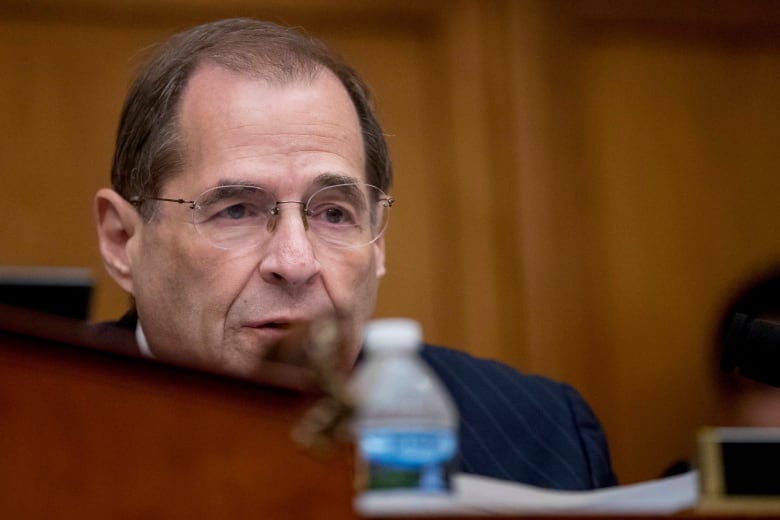 House judiciary committee chairman Jerrold Nadler said his panel 'will take steps to better understand' Donald Trump's dealings with Russia in the first year of his presidency and the FBI's response to his behaviour. (Andrew Harnik/Associated Press)

Trump's lawyer Rudy Giuliani told the Times he had no knowledge of the inquiry but said that since it was opened a year and a half ago and they hadn't heard anything, indicating apparently "they found nothing."

Trump has also repeatedly and vociferously denied collusion with the Russians.

Warner spoke Sunday on CNN's State of the Union and Coons on Fox News Sunday.

Warner weighed in on the Trump-Putin summit last year in Helsinki, Finland, telling CNN, "The American government does not know what was discussed between Trump and Vladimir Putin in that frankly pathetic, embarrassing encounter where Trump was kowtowing on the world stage to Vladimir Putin in Helsinki."