The move, announced by the Justice Department in a letter to committee chair Jerrold Nadler, came just minutes before the panel was poised to vote to hold Attorney General William Barr in contempt for defying a congressional subpoena to hand over the full unredacted report.

Executive privilege is a right claimed by presidents to withhold information about internal executive branch deliberations from other branches of government.

“Besides misapplying the doctrine of executive privilege, since the White House waived these privileges long ago and the [Justice] Department seemed open to sharing these materials with us just yesterday [Tuesday], this decision represents a clear escalation in the Trump administration’s blanket defiance of Congress’s constitutionally mandated duties,” Nadler said.

House Speaker Nancy Pelosi, the top Democrat in Congress, said Trump’s moves to thwart subpoenas were obstructing oversight by lawmakers and inquiries into Russian meddling in the 2016 U.S. election, the subject of Mueller’s report.

“Every single day the president is making the case. He’s becoming self-impeachable,” Pelosi told the Washington Post, referring to the impeachment process in Congress to remove a president from office.

Pelosi said she believed Barr, the top U.S. law enforcement official and a Trump appointee, should be held in contempt of Congress. 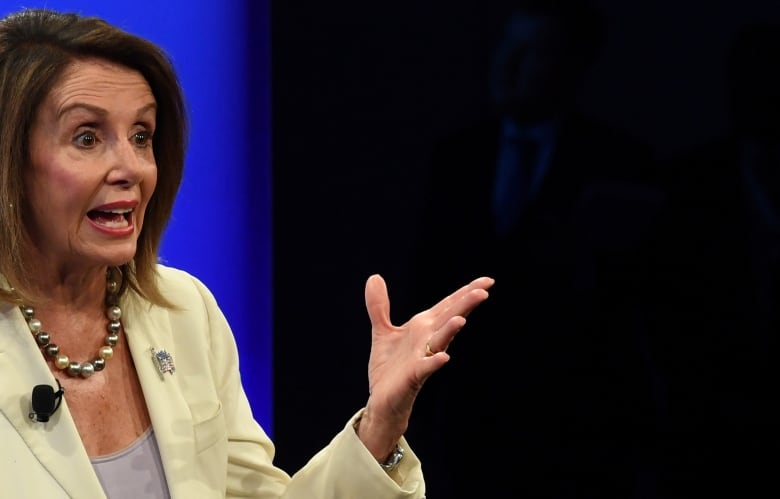 As part of an intensifying showdown between Democrats in Congress and Trump, Nadler held a committee meeting on holding Barr in contempt.

Trump is stonewalling numerous investigations by the Democrats, who control the House, of his administration, family and business interests, with court action likely to follow.

Nadler blasted the department for abruptly breaking off “good faith negotiations” to invoke such privilege, and said its legal arguments lacked “credibility, merit, or legal or factual basis.”

Barr last month released a 448-page redacted version of Mueller’s report on his 22-month investigation into Russian election meddling in the 2016 presidential election.

Nadler subpoenaed the full document and all underlying evidence, saying the material was necessary for lawmakers to determine whether Trump obstructed justice by trying to impede the Mueller probe. Barr missed two subpoena deadlines, the latest on Monday, for turning over the material.

“We remain unanimously determined on our side of the aisle to get the unredacted report, as we’ve demanded,” Rep. Jamie Raskin, a Democrat on Nadler’s committee, told reporters.

“I can only conclude that the president now seeks to take a wrecking ball to the Constitution of the United States of America,” added Democratic Rep. Sheila Jackson Lee. 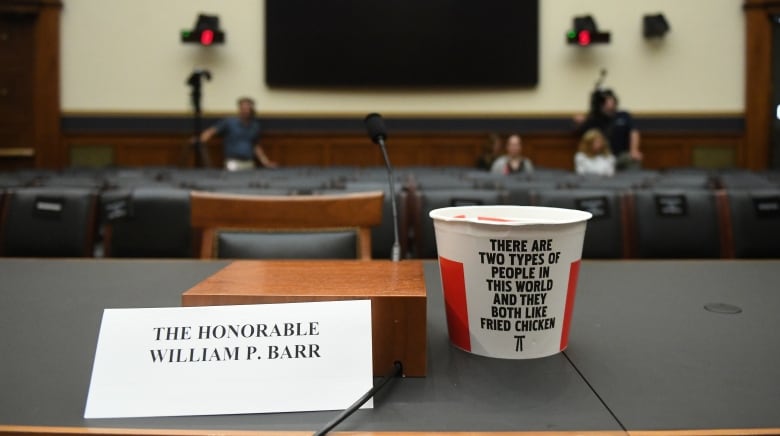 The U.S. House judiciary committee is slated to vote on a resolution reccommending the House find attorney general William Barr in contempt after he did not appear at a hearing last week. (Clodagh Kilcoyne/Reuters)

The House, then controlled by Republicans, voted in 2012 to hold Eric Holder, attorney general under Democratic President Barack Obama, in contempt for failing to turn over subpoenaed Justice Department documents about a gun-running investigation called Operation Fast and Furious. It marked the first time Congress had held the top U.S. law enforcement official or any cabinet member in contempt.

The redacted Mueller report details extensive contacts between Trump’s 2016 campaign and Moscow as well as the campaign’s expectation of benefiting from Russia’s actions. But Mueller said there was not sufficient evidence to show a criminal conspiracy between Moscow and the campaign. The report also describes a series of actions Trump took to try to impede Mueller’s investigation.

On Tuesday, the Trump administration stymied a separate effort by House judiciary committee Democrats to subpoena records from former White House counsel Don McGahn, directing him not to provide the documents sought by the panel.

Mueller’s report said McGahn told investigators Trump unsuccessfully pressured him to remove Mueller, and then asked him to deny that Trump had done so. The accounts are based partly on the documents sought by House Democrats.

The Trump administration has refused to co-operate with congressional probes in at least a half-dozen instances, including Treasury Secretary Steven Mnuchin’s decision on Monday to deny a request for Trump’s tax returns from the Democratic chairman of the House tax committee.