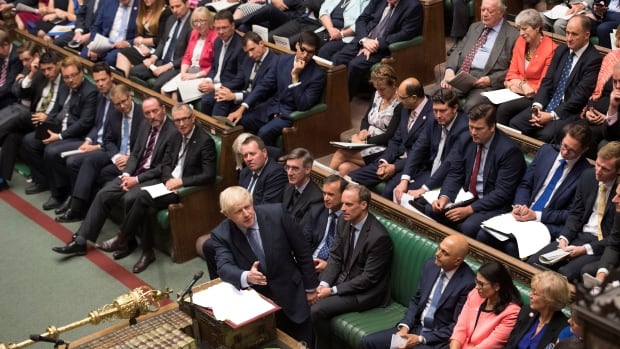 The House of Commons has denied a motion by U.K. Prime Minister Boris Johnson to force a snap election on Oct. 15.

Johnson failed to gain the required two-thirds majority. He needed to win the backing of at least 434 lawmakers, but only 298 voted in favour of an election while 56 voted against. The opposition Labour Party instructed its lawmakers to abstain on the vote.

Johnson taunted Labour Leader Jeremy Corbyn, saying this was the first time in history the opposition has voted to “show confidence in Her Majesty’s government.”

The PM said he could only speculate as to the reasons why Corbyn would order his party to refrain from voting.

“The obvious conclusion is, I’m afraid, that he does not think he will win.”

The decision came shortly after MPs approved a bill designed to force Johnson to seek a further delay to Brexit rather than leave the EU with no deal on the scheduled departure date of Oct. 31. The move underlined the lack of support for Johnson’s vow to take the U.K. out of the European Union with or without a deal. The bill now goes to the U.K.’s unelected upper chamber for approval.

An alliance of opposition MPs had the backing of 21 rebels from Johnson’s Conservative Party on the bill which would seek a three-month extension from the EU if Johnson has not secured a deal by the deadline.

Johnson cast the rebellion as an attempt to surrender to the EU and vowed never to delay Brexit beyond Oct. 31.