The founder of U.S. drug company Insys Therapeutics has been charged with leading a nationwide conspiracy to bribe doctors and pharmacists to widely prescribe an opioid cancer pain drug for people who didn’t need it.

John N. Kapoor was charged along with group of his colleagues on Thursday with pushing prescriptions for the highly addictive drug. It was the same day that President Donald Trump declared the opioid crisis a nationwide public health emergency. 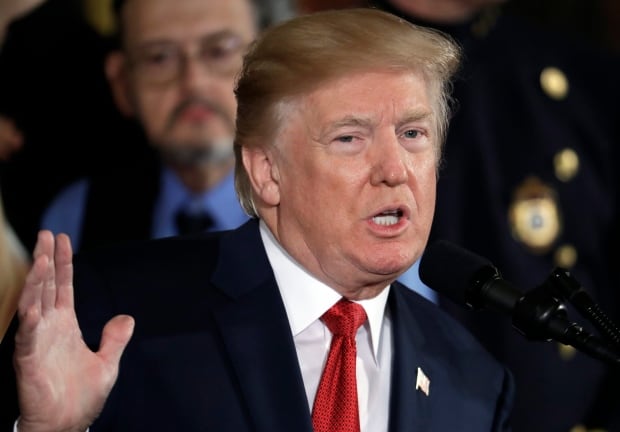 Kapoor, 74, of Phoenix, was listed by Forbes several years ago as having a worth of $ 2.4 billion US. That worth has fallen amid the indictments of numerous fellow Insys executives, but Forbes still listed Kapoor’s worth at $ 1.75 billion US on Thursday as he went to U.S. federal court in the fraud and racketeering case.

The case naming Kapoor follows indictments against the company’s former CEO and other executives and managers on allegations that they provided kickbacks to doctors to prescribe a potent opioid spray called Subsys amid a drug epidemic that is claiming thousands of lives each year.

The new indictment alleges Kapoor and the other defendants offered bribes to doctors to write large numbers of prescriptions for the fentanyl-based pain medication that is meant only for cancer patients with severe pain. Most people who received prescriptions did not have cancer.

It also alleges that they conspired to mislead and defraud insurance providers who were reluctant to approve payment for the drug when it was prescribed for patients without cancer.

A judge set bail at $ 1 million US for Kapoor, saying he must wear electronic monitoring and surrender his passports. Kapoor, who was arrested earlier Thursday, entered court in basketball shorts, tennis shoes and a T-shirt, his long, grey hair disheveled.

“He is not guilty of these charges, he intends to fight it vigorously,” defence attorney Brian T. Kelly said outside court. Kelly is a high-profile Boston lawyer and former federal prosecutor who successfully tried imprisoned gangster James “Whitey” Bugler.

In Massachusetts, former Insys CEO Michael L. Babich and five other former executives and managers are set to go to trial in October 2018 and have pleaded not guilty. The latest indictment brings new charges against Babich and others.

Several former Insys employees and health care providers have pleaded guilty to felony charges around the country, including in Alabama and Connecticut. A Rhode Island doctor pleaded guilty Wednesday to accepting kickbacks in return for prescribing the fentanyl spray.

A spokesman for Insys said this week that the company is under new management and has replaced nearly all its original sales staff. It says it takes responsibility for the actions of its former employees.

“We have taken necessary and appropriate steps to prevent past mistakes from happening in the future, and are committed to conducting business according to high ethical standards and the interests of patients,” the company said in a statement Wednesday. “We also continue to work with relevant authorities to resolve issues related to the misdeeds of former employees.”

After immigrating from India decades ago, Kapoor earned a Ph.D. in medicinal chemistry from the University of Buffalo, where the pharmacy school is named for him and his wife to honour their longtime philanthropy. He initially founded Akorn Pharmaceuticals, an Illinois-based generics drug manufacturer, then later Insys Therapeutics in Chandler, Arizona, which went public in 2013. Kapoor also has a company that operates seven restaurants including the Japanese eatery Roka Aker in Scottsdale, and several establishments in Chicago.

Kapoor was named Insys president and CEO in November 2015 after Babich resigned without explanation. He stepped aside in January, a month after six former Insys executives including Babish were arrested and charged in the ongoing federal probe.

U.S. authorities apparently have been investigating the company for some time. In late 2013, Insys said it received a subpoena from the Department of Health and Human Services asking for documents tied to the commercialization of Subsys. Nearly a year later, it received a subpoena from U.S. prosecutors in Boston for documents connected with sales and marketing practices for the drug.

In addition to the criminal charges, states have been suing Insys over its marketing practices.

The company has been active in politics, donating $ 500,000 US last year to an Arizona campaign to defeat a ballot measure to legalize marijuana.

Insys’ stock price has taken a big tumble in recent months amid the legal issues. Its stock plunged more than 20 per cent Thursday.