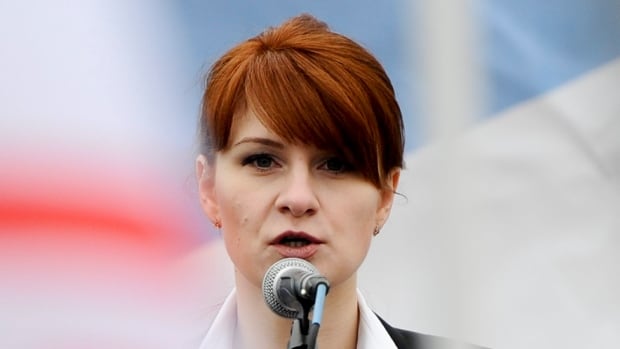 A U.S. grand jury on Tuesday indicted a Russian woman on charges of acting as an agent of the Russian government, the U.S. Justice Department said.

Maria Butina, who studied at American University in Washington and is a founder of the pro-gun Russian advocacy group Right to Bear Arms, was arrested on Sunday and is scheduled to appear on Wednesday in federal court in Washington, the department said.

Federal prosecutors allege Butina's activities included efforts to use contacts with the National Rifle Association to develop relationships with U.S. politicians during the 2016 campaign.

Butina's advocacy for gun ownership is well documented on her social media feeds, and the Justice Department said in its complaint that she worked to try to influence American politics by developing contacts within the NRA.

Her Facebook account includes photos of her at the NRA's annual meeting in Nashville, Tenn., in April 2015.

In several of Facebook photos, she is seen with Alexander Torshin, deputy governor of Russia's Central Bank and a former Russian senator. He served in the upper house of the Russian parliament from 2001 to 2015.

According to U.S. media outlets, Torshin was a voting member of the NRA. Last April, he was added to the list of Russian government officials sanctioned by the U.S. Treasury Department.