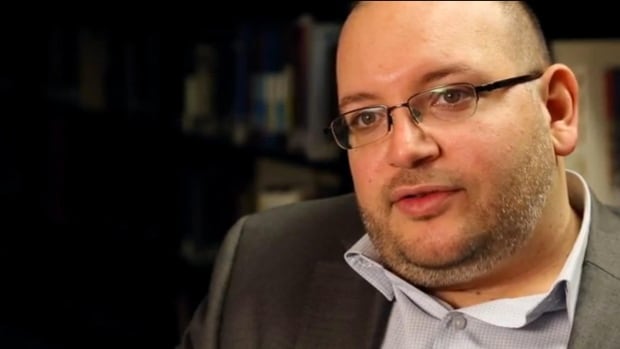 A U.S. federal judge has awarded a Washington Post journalist and his family nearly $ 180 million US in their lawsuit against Iran over his 544 days in captivity and torture while being held on internationally criticized espionage charges.

The order in the case filed by Jason Rezaian came as Iranian officials appeared to begin restoring the internet after a weeklong shutdown amid a security crackdown on protesters angered by government-set gasoline prices sharply rising. The U.S. government has sanctioned Iran’s telecommunications minister in response to the internet shutdown.

U.S. District Judge Richard J. Leon in Washington entered the judgment late Friday in Rezaian’s case, describing how authorities in Iran denied the journalist sleep, medical care and abused him during his imprisonment.

“Iran seized Jason, threatened to kill Jason, and did so with the goal of compelling the United States to free Iranian prisoners as a condition of Jason’s release,” Leon said in his ruling.

Tortured to ‘gain leverage’ in negotiations with U.S.

The judge later added: “Holding a man hostage and torturing him to gain leverage in negotiations with the United States is outrageous, deserving of punishment and surely in need of deterrence.”

Iran never responded to the lawsuit despite it being handed over to the government by the Swiss Embassy in Tehran, which oversees U.S. interests in the country. Iran’s mission to the United Nations did not immediately respond to a request for comment Saturday.

Rezaian and his lawyers did not respond to a request for comment. Martin Baron, the executive editor of the Post, said in a statement that Rezaian’s treatment by Iran was “horrifying.”

“We’ve seen our role as helping the Rezaians through their recovery,” Baron said. “Our satisfaction comes from seeing them enjoy their freedom and a peaceful life.”

Rezaian’s case, which began with his 2014 gunpoint arrest alongside his wife Yeganeh Salehi, showed how the Islamic Republic can grab those with Western ties to use in negotiations. It’s a practice recounted by human rights groups, UN investigators and the families of those detained.

Despite being an accredited journalist for the Post with permission to live and work in Iran, Rezaian was taken to Tehran’s Evin prison and later convicted in a closed trial before a Revolutionary Court on still-unexplained espionage charges.

Iran still focuses on the case even today, as a recent television series sought to glorify the hard-liners behind the arrest.

Revolutionary Guard named as a defendant

It remains unclear how and if the money will be paid. It could come from the United States Victims of State Sponsored Terrorism Fund, which has distributed funds to those held and affected by Iran’s 1979 student takeover of the U.S. Embassy in Tehran and subsequent hostage crisis. Rezaian named Iran’s paramilitary Revolutionary Guard, this year designated as a terrorist organization by the Trump administration, as a defendant in the case.

The order comes a week after the Nov. 15 gasoline price hike, which sparked demonstrations that rapidly turned violent, seeing gas stations, banks and stores burned to the ground.

Amnesty International said it believes the unrest and the crackdown killed at least 106 people. Iran disputes that figure without offering its own. A U.N. office earlier said it feared the unrest may have killed “a significant number of people.”

Starting Nov. 16, Iran shut down the internet across the country, limiting communications with the outside world. That made determining the scale and longevity of the protests incredibly difficult.

Since Thursday, that outage began to slightly lift. By Saturday morning, internet connectivity stood below 20 per cent of normal levels, according to the monitoring group NetBlocks. By Saturday afternoon, however, connectivity suddenly spiked to above 60 per cent and was climbing as individuals in Iran began saying they could access the internet for the first time in a week.

“Internet access is being restored in (hash)Iran after a weeklong internet shutdown amid widespread protests,” NetBlocks said on Twitter.

Jahromi, the first government minister to be born after Iran’s 1979 Islamic Revolution, is widely believed to be considering a presidential run in 2021. In sanctioning him, the U.S. Treasury noted he once worked for the country’s Intelligence Ministry and “has advanced the Iranian regime’s policy of repressive internet censorship.”

Jahromi, known for his social media persona, has increasingly criticized President Donald Trump on Twitter, a service long blocked in Iran. Being sanctioned may raise his profile among hard-liners.

He dismissed the sanctions on Twitter as a “Trump’s fairytales.”

“I’ll continue advocating access to Internet & I won’t let US to prohibit Iran development,” he wrote.

Meanwhile Saturday, the semiofficial Fars news agency reported that Iranian intelligence officials claimed killing a leader of violent protesters in Iran’s western Kermanshah province. Iran’s top prosecutor, Mohammad Javad Montazeri, meanwhile visited a major prison in Tehran and promised that the fate of some of those arrested amid the protests would be decided soon, the state-run IRNA news agency reported.