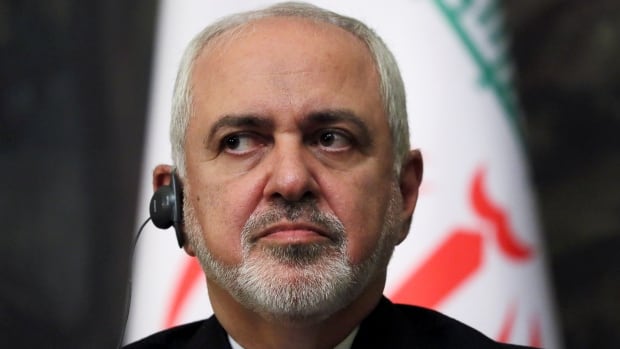 Zarif was an important figure in the 2015 Iran nuclear deal agreed to under the administration of former president Barack Obama with Tehran and other world powers. Trump pulled the United States out of the deal last year.

The relationship between Washington and Tehran has become even more strained in recent months after attacks on oil tankers in the Gulf of Oman, for which the United States blames Iran. Iran’s downing of a U.S. drone also prompted preparations for a U.S. retaliatory air strike that Trump called off at the last minute.

“Javad Zarif implements the reckless agenda of Iran’s Supreme Leader, and is the regime’s primary spokesperson around the world,” U.S. Treasury Secretary Steven Mnuchin said in a statement. “The United States is sending a clear message to the Iranian regime that its recent behavior is completely unacceptable.”

The sanctions against Zarif would block any property or interests he has in the United States, but the Iranian foreign minister said he had none.

Thank you for considering me such a huge threat to your agenda.– Iranian Foreign Minister Mohammad Javad Zarif

“The US’ reason for designating me is that I am Iran’s ‘primary spokesperson around the world’,” Zarif said on Twitter. “Is the truth really that painful? It has no effect on me or my family, as I have no property or interests outside of Iran. Thank you for considering me such a huge threat to your agenda.”

The Trump administration said it would make decisions on whether to grant Zarif a travel visa, including for trips to the United Nations, on a case-by-case basis, holding open the possibility that he might attend the annual UN General Assembly in September.

If Zarif received such a visa, that would leave the door open to possible direct or indirect U.S. contacts with Zarif during the gathering, which brings most of the world’s leaders to New York and has been the venue for previous U.S.-Iranian contacts.

A senior U.S. official reiterated that Trump was open to talks with Iran, but said the administration did not consider Zarif to be a key decision-maker.

Mnuchin said Zarif used social media to spread Iranian “propaganda and disinformation” while the government did not allow its citizens to use such mediums themselves.