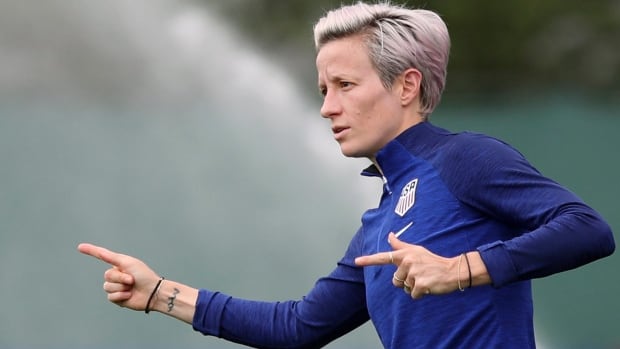 Captain Megan Rapinoe, who scored all four goals for the U.S. women’s national team in its previous two matches, was not in the starting lineup for the Women’s World Cup semifinal match against England in Lyon, France, on Tuesday.

She did not participate in the pregame warm-up and her status for the match was unknown.

A U.S. Soccer spokesperson said coach Jill Ellis would address the situation after the game but no disciplinary issues were involved.