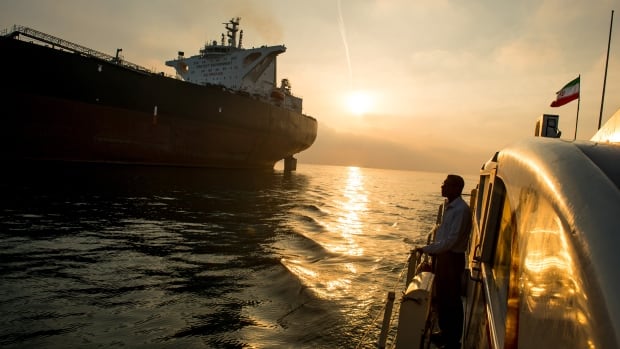 The U.S. is ending exemptions from sanctions for countries that import Iranian oil, according to the White House, which said in a statement it is taking “timely action to assure that global demand is met as all Iranian oil is removed from the market.”

Secretary of State Mike Pompeo laid out the move at the State Department on Monday morning. The decision means sanctions waivers for five nations, including China and India and U.S. treaty allies Japan, South Korea and Turkey, won’t be renewed when they expire on May 2.

The move comes as the Trump administration toughens its already strict penalties on Iran by trying to choke off all the revenue the country makes from oil sales.

The waivers had been in place since November, when the administration reimposed sanctions on Iran after President Donald Trump withdrew the U.S. from the landmark 2015 nuclear deal with Iran.

They were granted in part to give those countries time to eliminate their purchases of Iranian oil, but also to ease any impact on global energy markets with the abrupt removal of Iran’s production.

Pompeo says production increases elsewhere will make up for the loss of Iranian oil on the market.

Ritterbusch and Associates, an oil trading advisory firm, said in a note that “a complete elimination of Iranian exports is nearly impossible and that a reduction beyond current levels will likely prove limited.”

It said the overall effect “will hinge to a large degree on the Saudis response to what is likely to be some strong requests from the Trump administration to increase productions appreciably.”