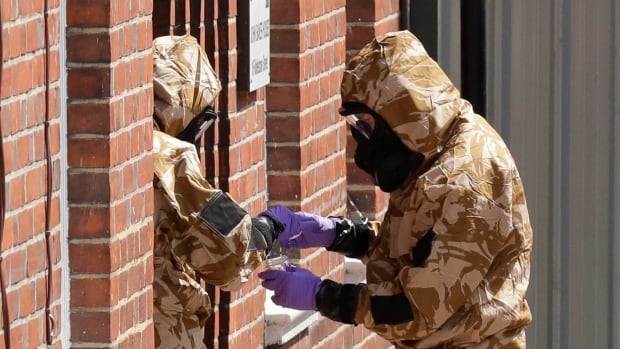 The United States will impose sanctions on Russia for its use of a nerve agent in an attempt to kill a former Russian spy and his daughter in Britain.

The State Department said Wednesday the sanctions will be imposed on Russia because it used a chemical weapon in violation of international law.

Former Russian spy Sergei Skripal and his daughter were poisoned by Novichok, a military-grade nerve agent, in the British town of Salisbury in March.

Britain has accused Russia of being behind the attack, which the Kremlin vehemently denies.

Since the March attack, two other British nationals with no ties to Russia have been poisoned by the substance.

Following a 15-day congressional notification period, the sanctions will take effect on or around Aug. 22, according to a statement from the State Department.