The landslide win of Volodymyr Zelenskiy, a comedian with no political experience, as Ukraine’s next president has upended politics in the strategically important nation.

It has also given the chess players in Kyiv’s Taras Shevchenko Park plenty of new political moves to speculate about.

“I don’t see anything bad in this. I see only good,” said Vladimir Schkurko, 67, who worked for Ukraine’s nuclear power agency — including at the infamous Chernobyl plant — until his retirement.

He spent part of Monday talking politics over non-stop games of speed chess on a warm spring day in the park.

Schkurko said he actually voted for incumbent Petro Poroshenko, because with “Russia squeezing territory from all sides” he wanted an experienced leader.

But he likes Zelenskiy, and with the economy under-performing and corruption deeply entrenched in the government, he thinks Ukrainians are ready to a take a risk on a political unknown.

“He’s young. He hasn’t completely opened up, but I see positive things here.” 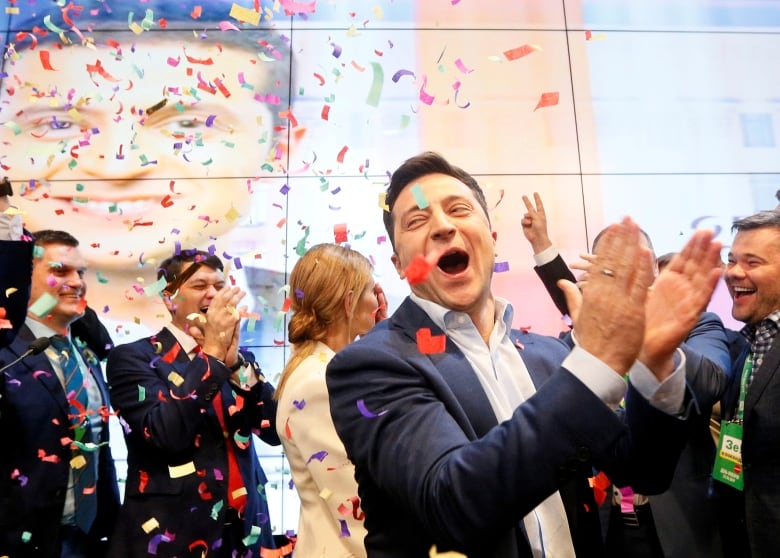 Alona Zahvetina, an 18-year-old who supported Zelenskiy, said the TV comic doesn’t have the “dirtiness” of other politicians.

“He’s from the poor region. He’s a simple guy. He brought a good mood to the people. So he’ll do in power what simple people want, not the oligarchs.”

With the support of more than 73 per cent of voters — more even than what the fictitious president he plays in a Ukrainian TV show got — Zelenskiy faces enormous expectations to change the way politics is done in Ukraine.

His predecessor,  Petro Poroshenko is part owner of a candy empire and one of Ukraine’s richest people. Throughout the campaign, he was bedeviled by accusations of bribery and corruption.

Outside Ukraine, however, European and North American leaders saw Poroshenko as a competent manager and especially as someone who could stand up to Russia’s Vladimir Putin. 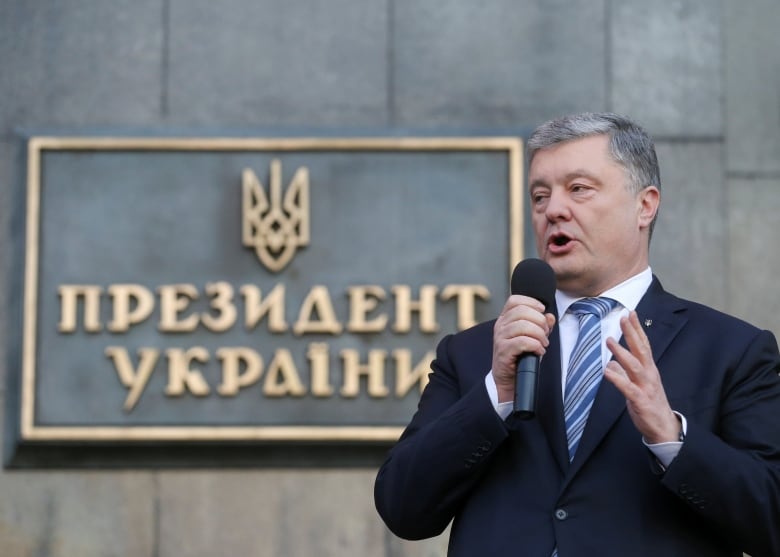 Petro Poroshenko, who lost win in the second round of election, speaks to his supporters at a rally in Kiev (Viacheslav Ratynskyi/Reuters)

“We know very little of Zelenskiy’s governing or diplomatic style,” says Michael Bociurkiw, a Canada-based Ukraine analyst who travelled to Kiev to observe the election.

“I think many voters felt deep down they voted for the TV Zelenskiy rather than for the real-life Zelenskiy — believing that he will govern based on the best interests of the Ukrainian people.”

Zelenskiy’s victory speech Sunday evening was short and devoid of any significant content. He has yet to hold a formal post-election news conference and never released a platform during the campaign. He spent Monday,  his first full day as president-elect, away from the media meeting with advisers, according to a spokesperson.

The few policy statements he made over the past few weeks suggest he plans to create opportunities for direct democracy, such as referendums, and to stiffen penalties for officials caught stealing.

“[I promise] it will be a stripping off immunity of lawmakers, judges, president. It will be a law on impeachment, a law on lustration [purges] of lawmakers,” he told the crowd at the giant soccer stadium debate with Poroshenko Friday night. 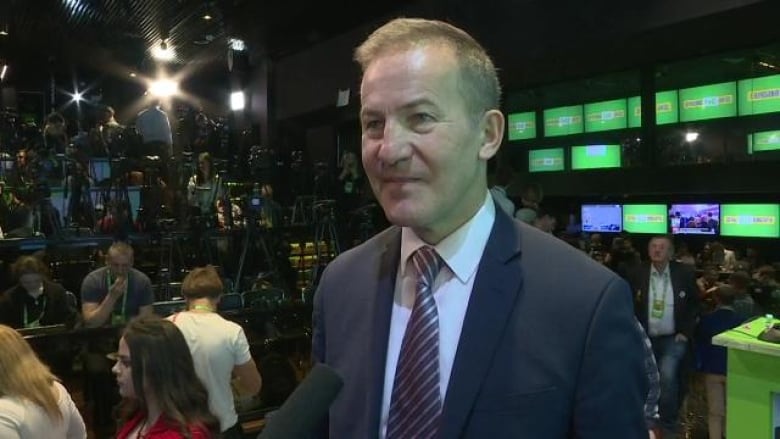 One of the first indications of how he will govern will be his approach to Russia.

While many world leaders — including Canada’s Justin Trudeau — called to congratulate Zelenskiy on his victory, Russia’s Vladimir Putin notably did not.

“It is too early to talk about President Putin congratulating Mr. Zelenskiy or about possible co-operation,” said a Kremlin spokesman. “It will be possible to tell only after particular actions.”

Analyst Bociurkiw explained: “It’s vintage Putin. Hold the cards close to your chest and keep your opponent off balance.”

Much of the world blames Russia for supporting separatist fighters and fueling the war in the breakaway regions of Donbas and Lugansk in Eastern Ukraine. The conflict has resulted in more than 11,000 deaths over the past five years.

Russia is also holding 24 Ukrainian sailors, captured when their three navy vessels attempted to sail from the Black Sea to Ukrainian ports in the Sea of Azov. Many Western nations imposed additional political and economic sanctions on Russia over the incident. 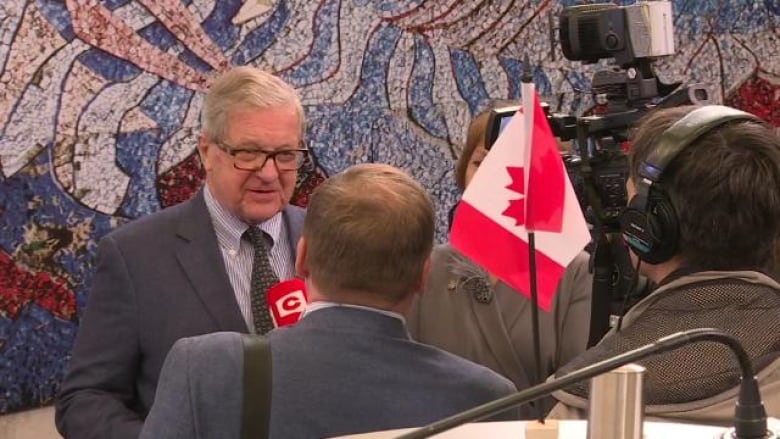 Lloyd Axworthy, head of the Canadian election monitoring delegation, is interviewed by media after release of the delegation’s report in Kiev Monday. (Pascal Dumont/CBC)

During the campaign,  Zelenskiy said his first order of business as president will be to get the sailors released.

“Zelenskiy emerges on the scene at a time when Putin could very well be in a deal-making mood — wanting to exit the costly adventure in the Donbas in exchange for the easing or removal of painful economic sanctions,”  said Bociurkiw.

But it will be a difficult balancing act for the political rookie.

“If he goes too easy on Putin, he’ll quickly be branded as a traitor or hypocrite. If he stands up to Putin, he’ll be vindicated and be seen as a hero.”

Regardless, it appears few will question Zelenski’s mandate or that the vote which propelled him into power was genuine and legitimate.

Canada had more than 160 election monitors in the country overseeing the voting process. On Monday, the head of the delegation, former Liberal cabinet minister Lloyd Axworthy, delivered a fairly positive report on what they saw.

“The headline is that democracy is working in Ukraine,” he told CBC News in an interview in Kyiv.

“When you think about it, holding an election of 30 million people in a country that has … a war going on, a neighbour that is interfering and trying to undermine society … [that is] conducted in a way that was open … is admirable.”