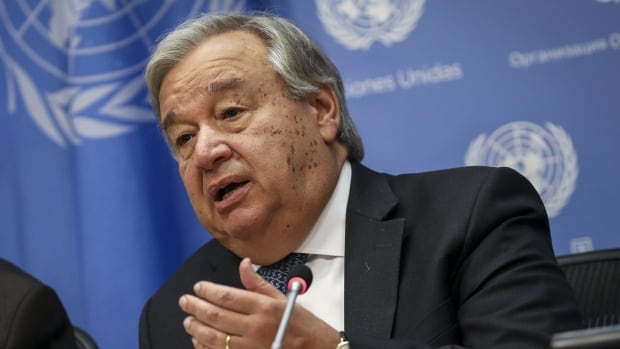 Navigating a troubled era’s choppy waters, world leaders gather for their annual meeting at the United Nations on Tuesday to grapple with climate change, regional conflicts and a dispute in the Middle East that could ripple across the entire planet.

UN Secretary-General Antonio Guterres will open the General Assembly proceedings with a “state of the world” speech. He’ll be followed immediately by the traditional first speaker — Brazil, represented by its new president, Jair Bolsonaro — and the United States, represented by President Donald Trump.

The United Nations, designed to promote a multilateral world, has struggled in the face of increasing unilateralism by the United States and other nations that favour going it alone over the brand of collaboration that the global body advocates.

The event unfolds against the backdrop of flaring tensions between Iran and Saudi Arabia, backed by its longtime supporter, the United States. The Saudis say Iran was responsible for an attack earlier this month on two oil facilities, which Iran denies.

The Trump administration, no fan of the Iranian government, has been engaged in an escalating series of harsh words and threats with Tehran. The U.S. has imposed increasingly crippling sanctions.

Iranian President Hassan Rouhani, who is in New York, is scheduled to address world leaders on Wednesday.

This year’s General Assembly session, which starts Tuesday and ends Sept. 30, has attracted world leaders from 136 of the 193 UN member nations. That large turnout reflects a growing global focus on addressing climate change and the perilous state of peace and security.

Last week, Guterres repeated warnings that “tensions are boiling over.” The world, he said, “is at a critical moment on several fronts — the climate emergency, rising inequality, an increase in hatred and intolerance as well as an alarming number of peace and security challenges.”