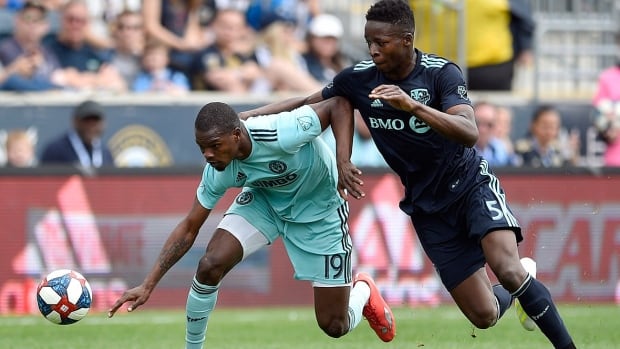 Cory Burke and Jamiro Monteiro each scored to help the Philadelphia beat the Montreal Impact 3-0 on Saturday for the Union’s fourth win in their last five games.

Burke stole a lazy pass near midfield and then took a few dribbles before blasting a roller from outside the area just inside the far post to give Philadelphia (4-3-1) a 1-0 lead in the 14th minute.

Monteiro, a 25-year old on loan from FC Metz through June, converted from the spot in the 45th for his first MLS goal after Jack Elliott drew a foul conceded by Zakaria Diallo.

Alejandro Bedoya tapped in an empty-netter to cap the scoring 57th minute.

“We didn’t have a good game,” Impact head coach Remi Garde told reporters. “We started off badly and we didn’t control the rhythm. The three goals they managed came during important moments in the game.

“I’m frustrated for my players because I know we can be better, individually and collectively, but we must be better.”

Montreal (3-3-2) had its three-game unbeaten streak snapped and conceded a goal for the first time since a 7-1 loss to Sporting Kansas City on March 30.

“We brought it on ourselves,” said Impact goalkeeper Evan Bush, who played his 42nd straight game and 200th for the Impact. “In the first half we made some mistakes and could not recover properly

Philadelphia’s Kai Wagner was shown a straight red card, after video review, in the 90th minute.

Montreal will remain on the road and visit New England Revolution on April 24 at 7:30 p.m. ET.