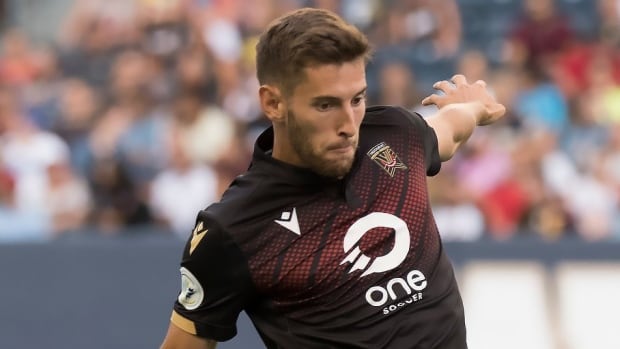 Valour FC came from behind with a valiant second-half effort at IG Field on Monday, downing a high-flying FC Edmonton side 3-1.

A mistake from Valour’s Mathias Janssens and Yohan Le Bourhis gifted a breakthrough for Edmonton in the 30th minute. Oumar Diouck took advantage of a poor pass, stripping Le Bourhis and finding Easton Ongaro after a scramble. Ongaro finished his chance for his fifth goal in as many games.

Valour failed to penetrate through the first half, eventually switching to a 3-5-2 formation in search of an equalizer.

Rob Gale’s side earned a penalty for the fourth match in a row at IG Field in the 51st minute when Michael Petrasso was shoved to the ground by Edmonton’s James Marcelin. Petrasso went to the spot and converted, scoring his league-leading fourth penalty in the process.

Valour would take the lead with a scorching, hyper-powered strike from Louis Beland-Goyette, who one-hit a blast that found the top corner in the 69th minute.

A third and final would come from Marco Bustos in the 81st minute.