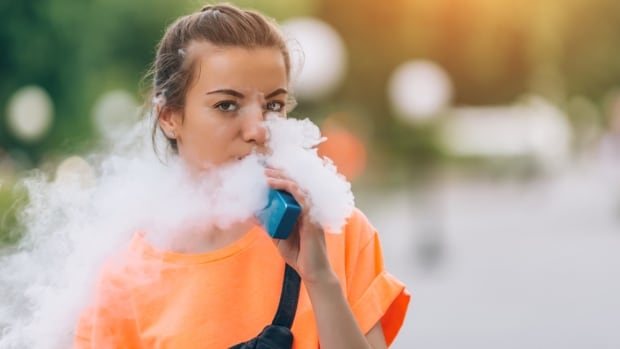 A total of 13 vaping-associated lung illness have been reported in Canada, health officials say, and every U.S. state has now reported cases.

U.S. health officials on Thursday reported one new case and one more death from a respiratory illness tied to vaping over a two-week period, bringing the number of deaths to 48.

As of Wednesday, there were 2,291 hospitalizations reported to the U.S. Centers for Disease Control and Prevention (CDC) from 50 states, the District of Columbia, and two U.S. territories. There are more deaths under investigation, health officials said.

In Canada, as of Tuesday, 13 cases of vaping-associated lung illness have been reported to the Public Health Agency of Canada from British Columbia (three), New Brunswick (two), Ontario (three), and Quebec (five).

“Symptom onset was between May and October 2019. Ten people required admission to a hospital and all are now recovering at home,” the agency said on its website.

Four patients presented with respiratory symptoms only (shortness of breath, cough), while nine had a combination of respiratory, gastrointestinal and other symptoms, such as fever or weight loss.

The agency said seven of the cases are male and six female.

In seven of the cases, people reported using nicotine only. In three, they reported using tetrahydrocannabinol (THC), the high-inducing component of cannabis. One case involved flavoured vaping liquid and two involved a combination of nicotine, THC and other substances.

Health officials in Canada and the U.S. have serious concerns about vaping as the number of people showing up in hospital with vaping-related illnesses increases.

Several provinces have moved to regulate vaping, including restrictions on advertising and promotion.