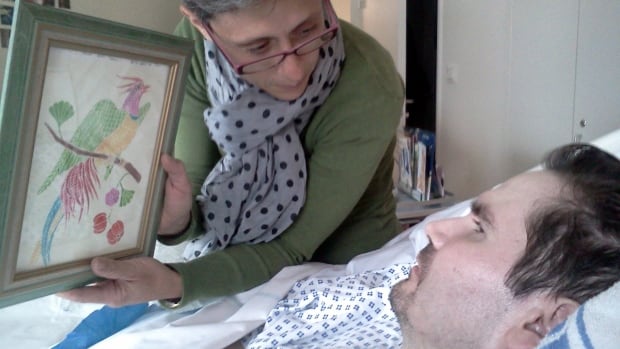 A French man who was in a vegetative state for 11 years while his wife and parents disagreed over his continued medical care died Thursday, and a prosecutor quickly ordered an autopsy and an investigation.

Vincent Lambert, 42, died in a hospital east of Paris nine days after doctors stopped providing artificial feeding and hydration and following years of contrary court rulings over whether medical interventions should prolong his life.

“Now I hope he can rest in peace,” Lambert’s nephew Francois told reporters.

A 2008 car crash left Lambert in a vegetative state, and he needed to receive nutrition to sustain him by artificial means. Lambert’s parents, Pierre and Viviene, fought relentlessly to keep their son alive.

While euthanasia is outlawed in France, doctors may put terminally ill patients into deep sedation until death.

Lambert’s condition pitched his wife, some of his siblings and his nephews, against his staunchly Catholic parents and other relatives. The parents argued their son was not terminally ill and that ending life support was tantamount to euthanasia.

Lambert had almost no consciousness but could breathe without a respirator and occasionally moved his eyes at the hospital in Reims in northeastern France.

“Vincent was in a vegetative state, he wouldn’t want to live that way. In respect for him, it was not right to keep him alive in these conditions,” his nephew Francois added.

The case has drawn attention around Europe.

The Vatican quickly reacted, saying it “learned with sorrow of the death of Vincent Lambert.”

A statement expressed “our closeness” to “all those who assisted him with love and devotion.” Coming down on the side of those who tried to keep Lambert alive, the statement quoted Pope Francis speaking in the past about the case and saying that “we have the duty to always protect [life]” and “not cede to throwaway culture.”