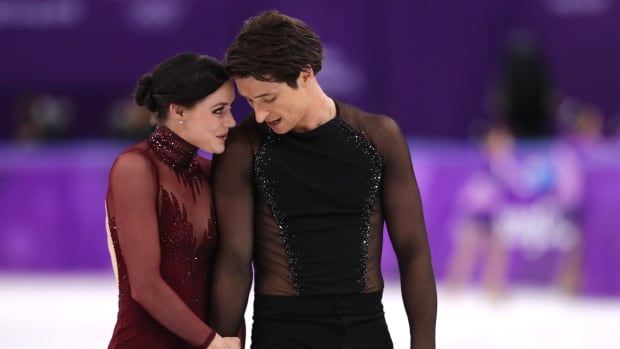 Peeking out from behind a curtain at the Ilderton Winter Club’s annual ice show circa 1999, near London, Ont., and watching Tessa Virtue and Scott Moir skate, I was standing with Moir’s big brother Danny, also an ice dancer, who told me that he needed to retire from the sport because Tessa and Scott, then preteens, were that good.

Even then, the potential of that young dance team was remarkable and easy to spot.

What we couldn’t have known more than 20 years ago was their eventual and deserved elevation to legendary status.

Virtue and Moir have won everything there is to win in the sport, from two individual ice dance Olympic gold medals, to an Olympic team title and then two more Olympic silvers to boot. And that doesn’t even include world championships and other titles. But their accomplishments are only part of the story.

Early on, Canadians were captivated by Virtue and Moir’s relationship as observed in their programs on the ice. It didn’t seem to matter which program you watched, the idea that you had somehow come upon a private moment between two people is how I can best describe Virtue and Moir’s skating.

That care, commitment and courtesy extended to how they presented themselves off the ice. The idea of a relationship between two equals was irresistible and we ate it up.

That Virtue and Moir have been able to walk a fine line between mystery and accessibility throughout their career has been part of their appeal. I don’t know of two more gracious athletes in victory and defeat. Away from the cameras, they have taken care to respect and acknowledge their fans.

None of this is to say that these two aren’t serious artists or intensely competitive. They are. Their careers and their programs have run the gamut from sweet and innocent, like their Vancouver 2010 gold-winning routine, to Mahler’s Fifth Symphony, to their sultry Carmen and most recently, their unabashedly strong Moulin Rouge winning routine in Pyeongchang in 2018.

Winning is the goal and is in the heart of every athlete. Every figure skating season starts with the hope that the pre-season work leading into competition will be enough to capture the judges’ attention. What separates Virtue and Moir from the rest is their willingness to take risks artistically and satisfy themselves first.

On their Twitter video announcing they were retiring, Moir mentioned how lucky they were to have shared their career with everyone. Truth be told, we were the lucky ones.

The Canadian identity for many includes qualities of humility, grace under pressure and fearlessness. Tessa Virtue and Scott Moir took those ingredients, added a few more and invited Canadian fans to share in the result. If Virtue and Moir wore jerseys on their backs, now would be the time to retire their numbers and hang them from the rafters in their honour.

Thanks for the memories.