Through the first 10 games of his major league career, Vladimir Guerrero Jr. hasn’t lived up to the lofty expectations placed on him by the team, fans and media alike.

The 20-year-old was expected to continue his dominance the way he did in the minors and be the Toronto Blue Jays best hitter.

Yet it just hasn’t materialized. He is currently hitting .162 with zero home runs and just one RBI. He also has just one extra base hit, which happened in his MLB debut, and just six hits in total, along with striking out 11 times and walking only four.

To put that into perspective, in the eight games he played in triple-A Buffalo before the call-up, Guerrero Jr. hit .367 with three home runs and eight RBI.

And his first major league hit — a double — did lead to a Blue Jays win against the Oakland A’s.

Vladimir Guerrero Jr. was 1 for 4 with a double that led to the game-winning run in his big league debut on Friday. 2:11

However, Guerrero Jr. is not the only highly touted prospect to struggle through his first 10 games.

Mike Trout lasted just 14 games before getting sent back down to the minors. In his first 10 games, he hit .176 with six hits, zero home runs, two RBI and two extra base hits, along with eight strikeouts. But after getting sent back down to triple-A for 16 games, he came back up and batted a respectable .250 the rest of the season. Of course, he took off the following season, emerging at baseball’s best player.

Meanwhile, Miguel Cabrera, who became the first Triple Crown winner (led the American League in home runs, batting average and RBI) in 45 years back in 2012, struggled miserably in his first 10 games. He hit a disappointing .158 with one home and collected six RBI.

Alex Bregman, a star for the Houston Astros, had an even worse 10 games where he hit .053 with zero home runs, zero RBI and just two total hits in 38 at-bats.

And, just like his son, Vladimir Guerrero Sr. didn’t have a great start to his Hall of Fame career, batting .172 with one home run and five hits total, one less hit that his son. 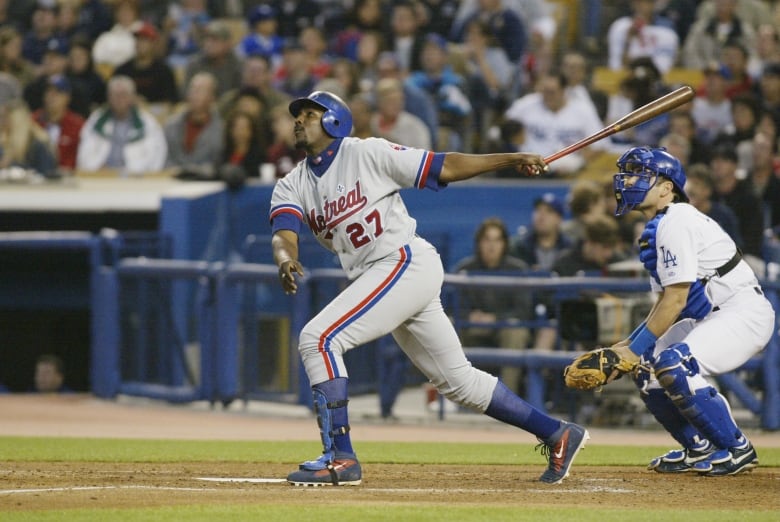 Even Hall of Famer Vladimir Guerrero Sr. got off to a slow start when he played for the Montreal Expos. (Stephen Dunn/Getty Images)

However, some fared much better and found success right away. Philadelphia Phillies star Bryce Harper hit .265 while six of his nine hits were for extra bases when he came up with the Washington Nationals. However, his home run production didn’t start until after the 10-game mark.

Eloy Jimenez and Fernando Tatis Jr., two prospects who also made their debuts this season, have gotten off to better starts than Guerrero Jr. before both were put on the injured list. Jimenez hit.282 with three RBI, while Tatis Jr., batted .222 with two home runs and four RBI.

Ultimately, Guerrero Jr. is still adjusting to big-league pitching and has a track record in the minors to show he will get hot sooner rather than later. If these other players have shown anything it’s that several highly touted prospects start off their MLB careers slow — just like the 20-year-old phenom is discovering.

With Vladimir Guerrero Jr. struggling to start his MLB career, what should the Blue Jays do?