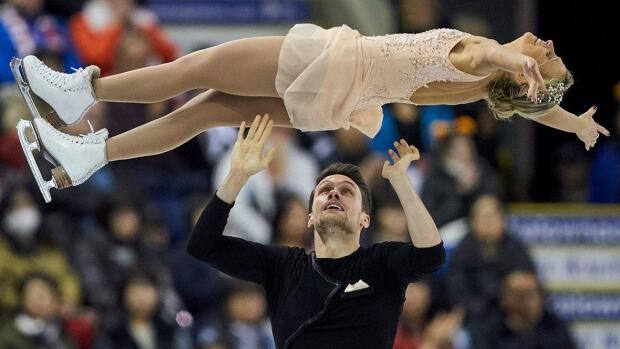 Click on the video players below to watch live figure skating action from the Grand Prix of Japan.

The only thing standing between the top ladies figure skaters and the NHK Trophy is a four minute program and the opinions of 7 judges. 0:00
Mens free program is featured from the Grand Prix of Japan. 0:00

Return on Saturday evening for coverage of the gala event beginning at 10 p.m. ET.

The two analyze each event with a fun, tongue-and-cheek approach that will make you LOL. New episodes are posted each Grand Prix Sunday on the CBC Sports YouTube channel. If you haven’t already, watch the latest episode on the Grand Prix of Russia: