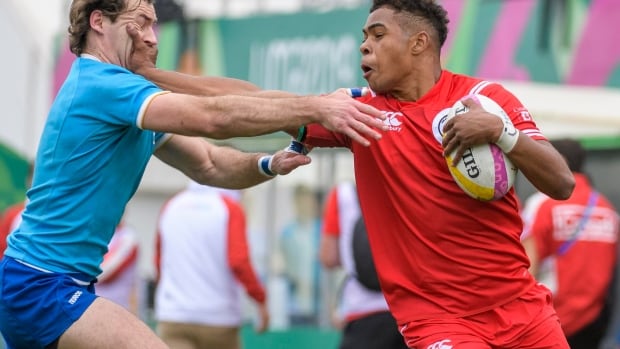 Click on the video player above to watch live streaming of the rugby sevens finals from the 2019 Pan Am Games in Lima, Peru.

The Canadian women crushed Colombia to reach the final, which goes Sunday at 4:30 p.m. ET against the U.S.

Canada blasted out of the gates with a 26-0 first half as Olivia De Couvreur and Sara Kaljuvee each scored a pair of tries and Tausani Levale added three conversions.

There was no slowing down in the second half either, as Canada added another 25 points to emphatically secure itself a medal.