After years of keeping silent, Inuit from Igloolik, Nunavut, say they want answers about medical tests performed on them in the late 1960s and early ’70s.

Nearly 50 years ago, the hamlet of Igloolik was the site of a boom in scientific research, all part of a larger project called the International Biological Program. While the program was aimed at answering a wide array of scientific questions, much of the work in Igloolik focused on Inuit.

“We would do all these different kinds of things for a researcher,” said former Nunavut premier Paul Quassa, who grew up in Igloolik.

In the early ’70s he was a young man, spending his days going to school and hunting. He remembers researchers being in the community and doing experiments — he says some were merely inconvenient and annoying, but others were more invasive.

Quassa remembers being taken to a research building with his uncle and his cousin. There, they were told to roll up their sleeves. 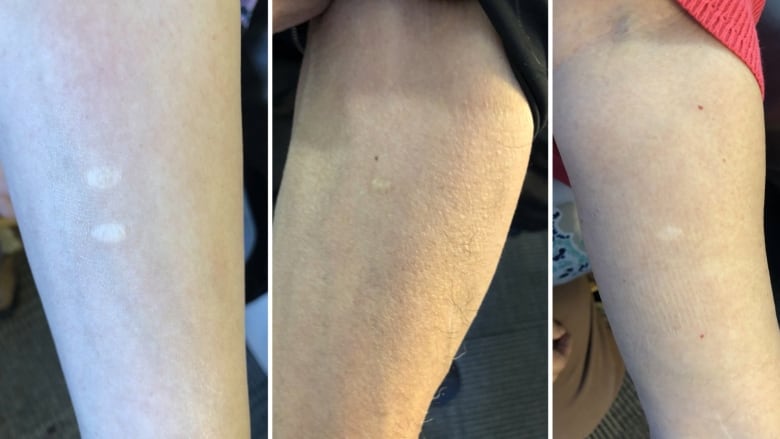 Three Inuit show scars from skin graft procedures they say were done by researchers in the 1960s and 1970s. The photos were taken about a month ago; CBC News has agreed not to identify the people pictured. (Submitted by Steven Cooper)

“They took pieces of our skin, from another person, and then they put into ours,” said Quassa.

“They had a little circular knife or blade, and they would just start twisting it and then you could see the skin being cut in a circle.”

The scars from the skin graft are still visible on his forearm.

We are not animals, we are another human being that deserves respect.– Paul Quassa

He described another instance where he had been out hunting one February, wearing caribou clothing. When he got back, researchers made him stand outside for 20 minutes before letting him inside. Quassa suspects they were testing his ability to withstand the cold.

Quassa says he never gave his consent to be experimented on; he says Inuit were very compliant and trusting back then, and they did what they were told.

‘It was really unfair’

The International Biological Program was a large-scale multi-year project aimed at co-ordinating research among scientists worldwide. It looked at everything from pest control to pollution and how people adapted to their environments.

A 1970 article on the program published in Science said studies on “Eskimos, South American Indians, migrants and populations living at high altitude … include not only the health of these populations but also social conditions, nutritional patterns [and] biological rhythms.”

I was grafted with part of the skin of my sister.– Lazarie Uttak

It’s estimated that researchers did the skin grafting experiment on more than 30 Inuit from Igloolik, including Lazarie Uttak.

“I was grafted with part of the skin of my sister,” said Uttak. “I feel like we were being used.”

Uttak, 67, still lives in Igloolik and says at least 15 of the people who were experimented on are still alive in the hamlet today.

“We talk about this sometimes,” he said. “It was really unfair. We never got any information from them about why this was happening and the reason why they did it. I never found out.” 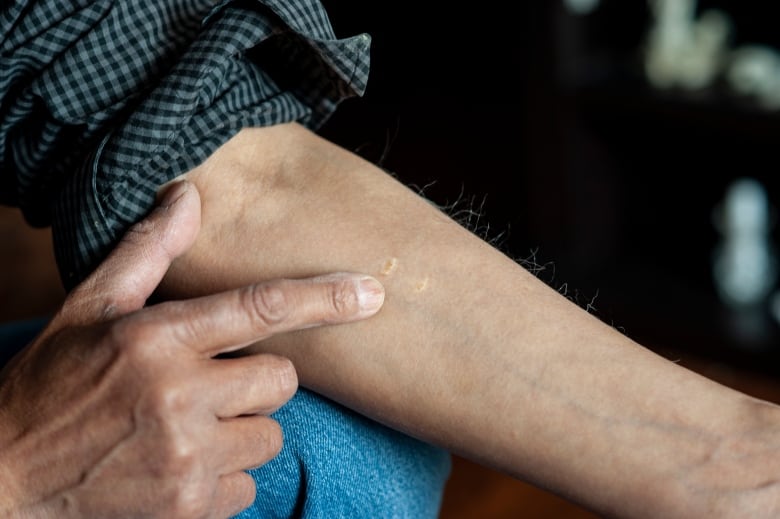 Quassa points to a scar left by a skin graft performed on him. (Kieran Oudshoorn/CBC)

The experiments in Igloolik are outlined in the 2005 book Beyond the Hippocratic Oath: A Memoir on the Rise of Modern Medical Ethics by Dr. John B. Dossetor, a celebrated Canadian physician who was inducted into the Order of Canada in 1994.

In it, Dossetor describes participating in the large research mission, travelling to Igloolik in 1972 and performing a series of skin grafts on Inuit.

Dossetor and his colleagues were studying why some skin grafts work while others fail, and they wanted to test their theories on an isolated human population.

Dossetor was a professor of medicine at the University of Alberta at the time. He went on to become an expert in medical ethics. 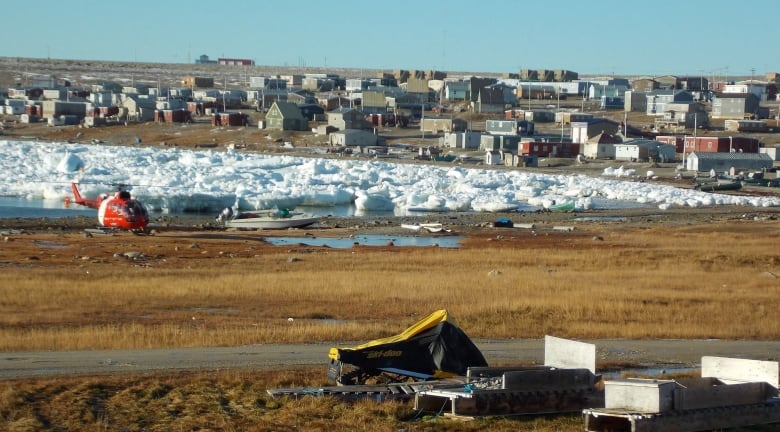 In his book, Dossetor writes that his research in Igloolik received “community consent,” which he claims was granted by elders via a non-Inuk translator.

The doctor confronts the ethics of his research in the book, ultimately concluding that his team had not done enough to secure meaningful consent, though Quassa and Uttak say he never made any attempts to reach out or apologize to those he experimented on.

Dossetor is in his early 90s, living in Ottawa. He declined an interview request.

Representatives from the federal Department of Indigenous Services and from Health Canada both declined to comment.

In an email, the director of the University of Alberta’s Research Ethics Office, Susan Babcock, said the university did not have a formal research ethics review process in 1972. It wasn’t until 1978 that the Medical Research Council of Canada put together the first framework for ethical requirements for human participation in research.

“The research conducted by Dr. Dossetor in the early 1970s would be reviewed and undertaken differently now,” wrote Babcock.

The university’s ethics office has no record of anyone expressing concerns about Dossetor’s work.

Quassa says the details revealed in Dossetor’s memoir are “sickening.”

Quassa shot back at the doctor’s concept of “community consent.” He questions what details were actually shared with locals in Inuktitut, and dismissed the idea that elders could unilaterally grant consent for invasive medical procedures.

“I’ve heard of scientists doing experiments on monkeys — they use animals to do a lot of experiments for the betterment of humankind,” he said.

“We are not monkeys, we are not animals, we are another human being that deserves respect.”

Quassa, Uttak and other Igloolik Inuit are considering their legal options. They are working with an Edmonton-based law firm to potentially seek an apology and damages.