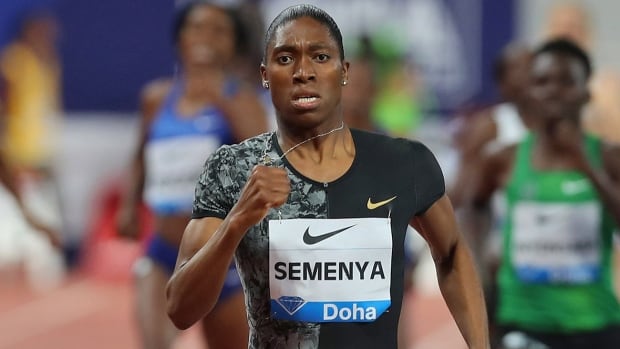 After the Swiss Supreme Court reversed its ruling yesterday, Caster Semenya is not allowed to defend her title at the upcoming track and field world championships. This is a big development in the fascinating saga of one of the sport’s biggest names. We know it’s been hard to follow all the twists and turns, so here’s a quick refresher and an explanation of what just happened and what it means for Semenya’s future:

Who is Semenya again?

She’s the middle-distance runner from South Africa who specializes in the 800 metres. She won the gold medal in that race at the last two Olympics, and at the world championships in 2009, 2011 and 2017. She was the heavy favourite to repeat as the world champion a couple of months from now, and to win Olympic gold again next summer.

Semenya was classified as female at birth and has identified as female her entire life. But she has X and Y chromosomes (the normal male pattern) and was born with an intersex condition. That means she has both female and male biological characteristics, including testosterone levels that fall in the normal male range.

Track and field’s world governing body (the IAAF) believes this gives Semenya, and the small number of athletes with the same condition, an unfair advantage when they compete against other women in track events ranging from 400 metres to a mile. The IAAF even argued in court that these athletes are “biologically male.” So it made a rule requiring them to lower their testosterone levels closer to the typical female range in order to stay eligible for those events.

Semenya challenged this in the Court of Arbitration for Sport, which acknowledged the rule is problematic but allowed it to stand. Semenya then appealed to the Swiss Supreme Court, which ordered the IAAF to put the rule on hold until the court made a final decision. Semenya continued running in her natural state this season and continued dominating the 800.

Heavy favourite Caster Semenya coasted past the competition again with a time of 1:55.69 to win her 31st straight women’s 800-metre race at the IAAF Diamond League event at Stanford University. 5:17

So what just happened?

On Tuesday, the Swiss Supreme Court reversed its temporary ruling after deciding that the arguments made by Semenya and her lawyers did not meet the threshold needed for an interim suspension of the IAAF rule. So, until the court reaches a final decision on her case, Semenya has to abide by the testosterone limit if she wants to compete in any IAAF-sanctioned races between 400 metres and a mile.

So why can’t she defend her world title?

We don’t know when the Swiss Supreme Court will make its final ruling, but it won’t arrive in time for Semenya to get into the 800-metre field at the world championships, which start at the end of September. And lowering her testosterone is not an option — at least for the worlds. For one, Semenya has vowed she won’t take hormone-altering drugs. Also, the IAAF’s policy requires her to lower her testosterone level into the acceptable range for six months before she’s eligible to compete.

The Swiss Supreme Court is the last stop in the appeal process. Its final ruling will likely determine whether Semenya has a chance to defend her Olympic title in the 800 next summer. If it goes against her, and she remains committed to keeping her natural body chemistry, she would have to shift to races that fall outside of the 400 metres to one mile range covered by the IAAF rule. If she chooses the sprint side, the 200 is the closest thing to her favoured 800. If she opts for distance, it’s the 5,000 or maybe the 3,000 steeplechase (that’s the one with the big hurdles). Whatever direction she goes, it’s a stretch.

This is an excerpt from The Buzzer, CBC Sports’ daily newsletter. Stay up to speed on what’s happening in sports by subscribing below.