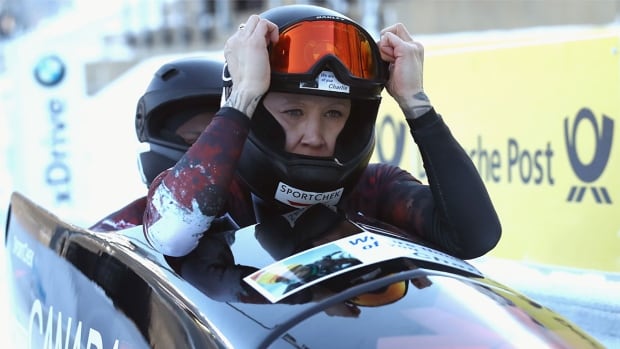 This is an online version of CBC Sports’ daily email newsletter. Get up to speed on what’s happening in sports by subscribing here.

Kaillie Humphries was denied her release from the Canadian bobsleigh team

A judge in Calgary rejected the two-time Olympic champion’s request for an injunction that would have allowed her to switch to the U.S. team. Quick background: Humphries sued for her release (and $ 45 million in damages) after Bobsleigh Canada Skeleton refused to let her go. In the lawsuit, Humphries said she could no longer compete for the Canadian team after, she alleges, head coach Todd Hays verbally abused her and treated her unfairly and BCS did nothing about it. She lives in the U.S. now and wants to compete for the American team after marrying a former U.S. bobsledder last weekend. BCS countered by telling the court that an investigation into a harassment complaint Humphries filed last year did not find evidence to back Humphries’ allegations. The organization also justified its blocking Humphries’ release by arguing that athletes shouldn’t be able to take advantage of years of training supplied by one country and go compete for another.

The judge agreed with BCS, ruling Tuesday that it has the power to decide whether an athlete is allowed to leave to compete for another country. This leaves Humphries with not much time. She said she needed the release by Wednesday so she could compete as a full member of the U.S. team at its national push-start competition later this week. She still plans to do that as a guest, but a Sept. 30 deadline also looms. International rules say she has to be on the U.S. team by that date to be eligible to compete for it this World Cup season — though it might be possible to appeal for an extension.

The Canadian team insists it still wants Humphries. “We want Kaillie in our program,” BCS director Chris Le Bihan said. “Kaillie is obviously going to be a threat in the next Olympics and there’s nothing we want to see more than Canadians standing on the podium.” It’s hard to see Humphries returning to the team after taking last season off, and after so many bridges were burned. But it’s easy to see why BCS would say this. If they don’t want her, their refusal to let her go is harder to defend.

Humphries’ lawyer says they’re not giving up. He told reporters that, no matter what BCS claims publicly, the organization has given Humphries the feeling that she’s not welcome back. He added that Hays would have to resign for Humphries to consider returning. Given the conclusion reached in the harassment investigation, that seems unlikely. An appeal of Tuesday’s decision is possible, and Humphries’ lawyer said they’re considering the available options. One of those, he said, is asking bobsleigh’s world governing body to waive its requirement for a release on the grounds that the Canadian team is being “unreasonable and unsportsmanlike” in refusing to let Humphries compete for the U.S., where she now lives. He argued it’s unfair to make Humphries a “prisoner” of the Canadian team just because she received public funding over the years. So expect this fight to continue.

We got the full Odell Beckham experience on Monday Night Football. Remember last week when the flashy Browns wide receiver wore a $ 350,000 watch during a game? The NFL told him to not do that anymore, so he took that into consideration and… wore a $ 2-million watch during last night’s pre-game warmups (he took it off before kickoff). Beckham also tried wearing a gold-tinted visor on his helmet before officials ordered him to get off the field and replace it with a normal one. In the meantime, he missed a third-and-goal play and Cleveland had to settle for a field goal. But all was forgiven later when he made a great one-handed grab and also turned a short pass into an 89-yard touchdown that basically sealed a 23-3 win over the Jets. That was the kind of breathtaking play that makes Beckham worth all the trouble.

Another young restricted free agent signed with his NHL team — but plenty of others still haven’t. Brock Boeser got a three-year deal from Vancouver Monday worth $ 5.875 million per year. Late last week, Mitch Marner re-signed with Toronto and Charlie McAvoy with Boston. That still leaves five of the top eight RFAs without a contract for this season, which starts in two weeks. They are Tampa Bay’s Brayden Point, Colorado’s Mikko Rantanen, Calgary’s Matthew Tkachuk and Winnipeg’s Patrik Laine and Kyle Conner.

If you had to bet on one of those stalemates stretching into the season, it would be Laine’s. The Jets seem (understandably) nervous about shelling out top dollar for him after a down season in which he set career lows in goals (30), points (50) and plus-minus (-24), and he was questioned for both his work ethic and his indifferent play without the puck. But Laine is still only 21 years old, and only five players have scored more goals than him since he came into the league three years ago. He knows how valuable his talent is, so he’s unlikely to settle for a lesser contract — especially from a team he seems to be at odds with. Laine told a reporter in his native Finland that he wants the Jets to give him better linemates. Another ominous sign: he’s now over in Switzerland working out with a pro team there. Read some insight on Laine from the Finnish reporter he talked to here.

The Miami Dolphins and New York Jets have achieved (if you can call it that) a rare gambling feat. New York is a 22.5-point underdog for this week’s game at New England. Miami is a 21.5-point dog at Dallas. According to ESPN, this is the first time in 32 years that the NFL has had multiple point spreads of at least 20 points in the same week. Both seem justified, though. The Dolphins have been outscored 102-10 in their two games, and they continued to shamelessly tank for a better draft pick by trading standout defensive back Minkah Fitzpatrick to Pittsburgh yesterday. The Jets lost starting quarterback Sam Darnold to mono and backup Trevor Siemian to a brutal ankle injury, and now have to face the Super Bowl champs on the road.