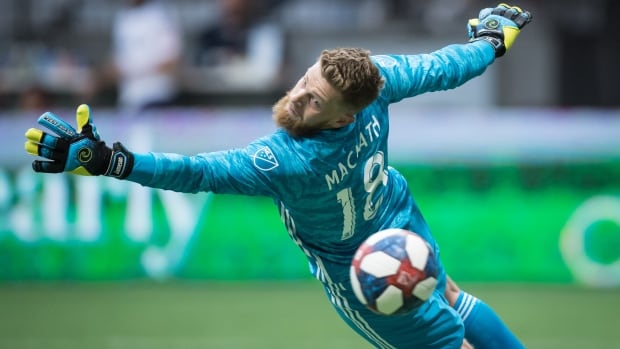 The spiral continues for the Vancouver Whitecaps.

Gerso Fernandes played a role in all three goals as Sporting Kansas City used a 3-0 victory to hand the Whitecaps their third consecutive Major League Soccer loss Saturday night. Vancouver has been outscored 10-1 over that stretch.

Fernandes, who goes by the lone name Gerso, scored in the 91st minute and set up an own goal that went off the foot of Whitecaps’ defender Ali Adnan in the first half. He also assisted on forward Felipe Gutierrez’s goal in the 56th minute.

Vancouver forward Yordy Reyna gave the crowd of 18,700 at BC Place Stadium something to cheer about when he hit the post on a free kick in the 75th minute.

Forward Theo Bair, a 19-year-old Ottawa native who spent three years playing for the Whitecaps’ development academy, made his first MLS start for Vancouver. He had a good scoring chance in the 50th minute but his shot went wide. A frustrated Bair put his hands on his head and looked skyward.