By ruling against Caster Semenya’s appeal of new rules introduced by track and field’s world governing body (IAAF), the Court of Arbitration for Sport (CAS) is saying that testosterone is officially a tool to decide whether someone is a man or a woman.

But as self-identity and gender politics continue to evolve, finding the science to back that up is getting harder. And the repercussions of using testosterone levels to classify athletes can test arguments around inclusion and fair competition — as well as possibly infringe on basic human rights.

We’ve already seen that in the case of Kristen Worley, a Canadian cyclist-turned-activist who was born male but transitioned to female in 2004.

A judge eventually ruled the process she went through to compete as a transgender athlete infringed on her human rights. Worley wrote about her experience in her new book Woman Enough. 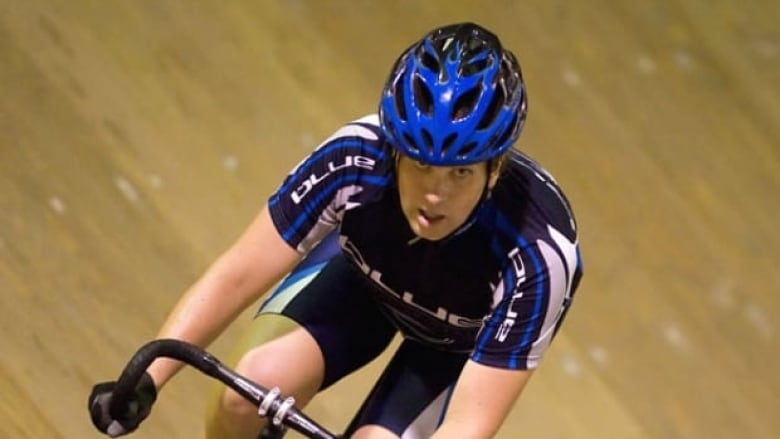 In her new book Woman Enough, Kristen Worley tells the story of how she took her case to the Ontario Human Rights Tribunal. (Submitted by Kristen Worley)

“Kristen’s case was absolutely groundbreaking in being rights-based in its litigation,” Hayley St. Dennis, head of communications at the Centre for Sport and Human Rights, told CBC Sports. “So it’s new territory for everyone.

“The Court of Arbitration for Sport ruling [on Semenya] is going to be pivotal because of the new framing that Kristen has helped contribute to.”

Worley started her return to cycling in 2006 and was the first athlete to be gender-tested under the 2004 Stockholm Consensus. She was ultimately granted her athletic licence, but she found the experience anything but satisfying.

Worley says she went through invasive physical testing and had to justify her identity in front of panels of lawyers and doctors who were not gender specialists or endocrinologists. It took her years to try to find the right testosterone levels that wouldn’t infringe on anti-doping policies.

Under the testosterone dosages assigned by Cycling Canada, Worley’s body started failing her. Her metabolism was slowing, her red blood cell count was low and it would take days to recover from workouts instead of hours. Worley knew this wasn’t normal and, after testing her blood, discovered she was testosterone-deficient by women’s standards.

Worley said she received no explanation to justify the testosterone levels her sport organization and the World Anti-Doping Agency (WADA) limited her to.

She tested the existing policies to an extent Cycling Canada hadn’t seen before. In addition to not being able to determine a healthy, effective level of testosterone with WADA and the International Olympic Committee (IOC), the process also took so long it cost her the best years of her cycling career.

“The sporting system relies on the fact you have an eight- to 10-year window to be able to participate in high-performance sport,” Worley told CBC Sports.

Caster Semenya’s hands are tied when it comes to appealing to the Court of Arbitration for Sport. Kristen Worley comments based on her own journey detailed in her book Woman Enough. 4:09

But since Worley lost the opportunity to compete, she made the decision to step away from cycling. And it’s here that Worley’s case is unique — giving up her sport gave her the ability to fight back on a larger scale than she would have as a registered athlete.

That’s because under Worley’s athletic licence — a contract athletes sign to compete under their national sport organization — she said it’s stipulated that any grievances must be resolved in a sports judiciary body, the highest of which is the CAS.

But despite its name, the CAS isn’t a court. It’s a quasi-judicial tribunal. Athletes don’t have their cases heard in front of a judge. They present in front of a panel of arbitrators who are specialists in mediation and sport law.

“How capable are the entities that adjudicate these questions when it comes to human rights?” said St. Dennis.

“Do they even have rights-based expertise? Do they have training on human rights and understand how to apply international standards around non-discrimination to these sorts of questions?”

Because Semenya still wants to run, she has to continue operating under the regulations of her athletic contract. That’s why, despite the CAS ruling, until she no longer competes, no civil court can determine whether track’s governing body, the International Association of Athletics Federations (IAAF), is infringing on human rights.

But that’s not stopping others from giving their opinions on potential human rights infringements in Semenya’s case.

The United Nations Human Rights Council released its first resolution on March 21 on the rights of intersex athletes, condemning the discrimination women and girls born with variations of sex characteristics face in sport.

In the resolution, the UN calls for governments to make sure sport organizations “refrain from developing and enforcing policies and practices that force, coerce or otherwise pressure women and girl athletes into undergoing unnecessary, humiliating and harmful medical procedures.”

Can you draw the line with testosterone?

Despite the fact that Semenya’s testosterone levels are natural and Worley’s are not, the two cases have parallels, the biggest being sport organizations determining what amount of testosterone is acceptable for someone competing in a female category.

The IAAF argues its priority is protecting women’s sport. It has tried to maintain athletes with differences of sexual development (DSD), like Semenya, have testosterone levels nearing the male range that give them an unfair competitive advantage on the track.

But measuring how much testosterone puts a woman outside the female category becomes a questionable practice — as seen in Worley’s case.

Explaining science behind testosterone, and why a dose doesn’t always equal an advantage. 1:55

“To be fair to the IAAF, they’ve tried to simplify it,” Andy Brown, editor at The Sports Integrity Initiative, a website reporting on integrity issues in sport, told CBC Sports. “Unfortunately for them, it isn’t simple.”

The task is not simple for many reasons, one being that testosterone affects every human differently.

Simply put, each person has androgen receptors that take in testosterone. There are endless variations of how extra testosterone could affect an athlete’s body — Worley being an example of that. Only a fraction of the 40 milligrams of testosterone she was taking while competing post-transition was making it to her bloodstream.

So proving that Worley, whose testosterone levels neared zero because of her surgery, would have an unfair advantage if given higher doses of testosterone is much more complicated than capping her at a one-fits-all dosage.

And it’s just as complicated in Semenya’s case, if not more, as the IAAF is trying to regulate her natural testosterone levels.

As world governing body we need to ensure a level playing field for all athletes. The research and evidence clearly shows there is a performance advantage in female athletes with DSD over the track distances covered by this rule.

Brown and others supporting Semenya argue the IAAF also hasn’t proven testosterone is the sole reason behind her “unfair advantage.”

“If you’re going to talk about endogenous testosterone giving you a maybe a six or seven per cent advantage, then you’d also need to do the science that compares that to the advantage by longer stride length, bigger lung capacity, extra height, lean muscle mass in athletes, you have to do all of that analysis as well,” said Brown.

“What they haven’t shown any evidence for is why a cut-off limit is necessary.”

While some like Brown and Worley cast doubt on the IAAF’s science, the organization defends its argument.

Referring to a media release when asked for comment by CBC Sports, the IAAF said it’s “convinced that the scientific basis on which it has defined the limits of the female category, limits which will apply in the same way to all athletes, will withstand any challenge before the Court of Arbitration for Sport.”

However, the IAAF’s argument also has to stand up to what is seemingly a double standard with male athletes. There is no natural testosterone level considered an unfair advantage to men. Plus, there is no limit to how much testosterone a transgender male athlete can take.

“[Transgender male athletes] are allowed to dose [themselves] with testosterone to what is considered the male level,” said Brown. “If you’re XX chromosome — i.e. you’re a woman — it is understood your androgen receptors are more sensitive to the effects of that testosterone, so you need less testosterone to get the bang for your buck. If you’re XY chromosome, your body is accustomed to larger amounts of testosterone so it’s not so sensitive.

“And there are people held up as sort of heroes for transitioning the other way around and they are legitimately doping under sports rules. And that isn’t fair by anyone’s stretch of the imagination.”

Worley said she thinks what was learned through her case “was that I had to prove the sciences behind why this was a human rights issue.”

“[The IOC] wanted to classify it as a sport issue,” she said. “There is this culture in the sporting system that it’s above the law.”

For now, men and women’s categories remain intact. But if the cracks in the foundation emerged in Worley’s case, they’re made more obvious in Semenya’s. The CAS ruling said that the IAAF’s rules are discriminatory, but also that such discrimination is necessary to preserve the accepted binary divide of men’s and women’s events.

The CAS did, however, voice concerns over whether the rules can be applied fairly in the future.

That suggests more flexible classifications are in the future, something people have thought of before. Worley suggests a Paralympic model could be an answer, stepping away from the societal norm of man or woman to classify sports based on individual ability.

Watch: How to classify sport

It’s hard to imagine sport organized any other way than it is now, but Kristen Worley has ideas. 1:33

Even IAAF doctor Stephane Bermon suggested athletics may have an intersex category in the next 10 years, but that public opinion would have to change first.

But as Worley and Semenya showed, it’s one thing for an athlete to have a civil court or even public opinion on your side and quite another to have the ability to legally pressure those in charge to take action.

“Society has progressed significantly in recognizing and understanding that gender identification is not always a simple binary matter,” said Cycling Canada’s Matthew Jeffries. “The world of international sport, particularly at the IOC and WADA level, continues to operate under a system that is largely binary and remains somewhat inflexible.

“There remains work to be done.”

Worley would argue that now that it’s become legitimate to take an athlete out of their natural state of health to compete in international sport, it’s past time to start having the hard conversations.

“It’s changing the game and changing how we do sport.” said Worley. “We’ve got to become smarter, becoming smarter through education and getting the right people who don’t have skin in the game at the table.”