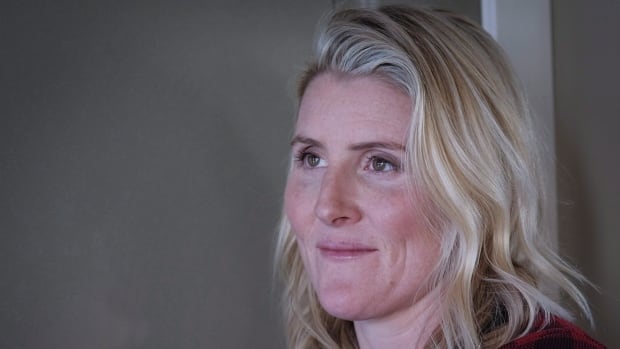 Hayley Wickenheiser saw what was coming and heard the fears of friends on the front lines of the COVID-19 pandemic.

Her medical training in Toronto on pause while her teachers join the battle, the Hockey Hall of Famer launched a social media plea for personal protective equipment.

With Canadian actor Ryan Reynolds injecting jet fuel into her request, the donations are coming in fast and furious.

“It blew up, thanks to Ryan for sure and 35 million Instagram people,” Wickenheiser told The Canadian Press on Tuesday.

“Really, it’s because of his celebrity status. It’s massive when you get that type of an interest.”

The four-time Olympic gold medallist from Shaunavon, Sask., who wants to be a doctor, offered to pick up the supplies herself.

“When you get repeated texts of ‘Oh my god, we’re going to run out’ like I have been getting, this is a need that has to filled,” Wickeneiser said.

Reynolds, the star of “Deadpool” and “Green Lantern,” piggybacked Wickenheiser’s post with one of his own declaring “people who help Hayley . . . will get something awesome from me” including personalized videos and Deadpool bobbleheads.

“I had one guy last night that gave 27,095 masks in one shipment, one company,” Wickenheiser said.

Read <a href=”https://twitter.com/wick_22?ref_src=twsrc%5Etfw”>@wick_22</a>’s message below. But first… People who help Hayley get this critical PPE gear will get something awesome from me. I’ll send you personalized videos. I’ll sign whatever you want. I’ll send Deadpool Bobbleheads and/or movie memorabilia. <a href=”https://t.co/RxwPWFt8CW”>https://t.co/RxwPWFt8CW</a>

Ontario Premier Doug Ford warned earlier this week the province could run out of PPE within a week.

Almost 5,000 people in Ontario were infected as of Tuesday, a large chunk of the just over 17,000 cases in Canada.

Wickenheiser has aligned her PPE drive with the #ConquerCOVID19 group.

It’s an organization of medical and business professionals that sprung up two weeks ago to find equipment to keep doctors, nurses and health-care workers safe while they treat people infected with the virus.

#ConquerCOVID19 worked with Toys R Us to get baby video monitors into hospitals, so doctors can communicate with and treat patients in isolation while conserving PPE equipment.

The organization now is now triaging the crush of donations coming in from the Wickenheiser-Reynolds campaign.

“She and Ryan have really brought us to a whole other level,” said medical student Yusuf Ahmed, who is involved with the group.

“We plan to bring these items into our storage facility and distribute them.”

An equipment drive is scheduled Saturday at XYZ Storage in downtown Toronto. Volvo is supplying a fleet of vehicles to deliver supplies to hospitals and health-care facilities.

Proper precautions will be taken at the donation site, he added. People won’t have to leave their cars and volunteers handling boxes will wear gloves.

Facetime with Reynolds to say thanks

Wickenheiser met Reynolds when both received their stars on Canada’s Walk of Fame in Toronto in 2014.

“When I sent out that Tweet, he saw it and texted me,” Wickenheiser explained. “He said ‘can I help?’ in his own hilarious way.

“Last night, I had him on FaceTime at a place where we did a pick up. He was FaceTiming all these folks that showed up to say thank you.”

Having retired from hockey in 2017 and in her final year of medicine, the 41-year-old Wickenheiser was in clinical rotation in Toronto emergency rooms up until two weeks ago.

She watched a 40-year-old pilot get intubated, was unable to find a mask that would fit her and had a colleague who worked the epicentre of the SARS outbreak in Toronto in 2003 say COVID-19 was going to be worse. All of that led to her Twitter post Sunday.

“I’ve got one foot in medicine and people know me from hockey and sport,” she said. “I’ve had this unique lens through which I’ve watched this progress over the last three months.