Moscow's Nikolskaya Street has turned into the unofficial fan zone for FIFA's World Cup. Every night, thousands of people from around the world gather in their national colours and join with their Russian hosts in a show of patriotism and football pride. CBC Moscow videographer Pascal Dumont spent an evening there this week, capturing the spirit of Moscow's football frenzy. 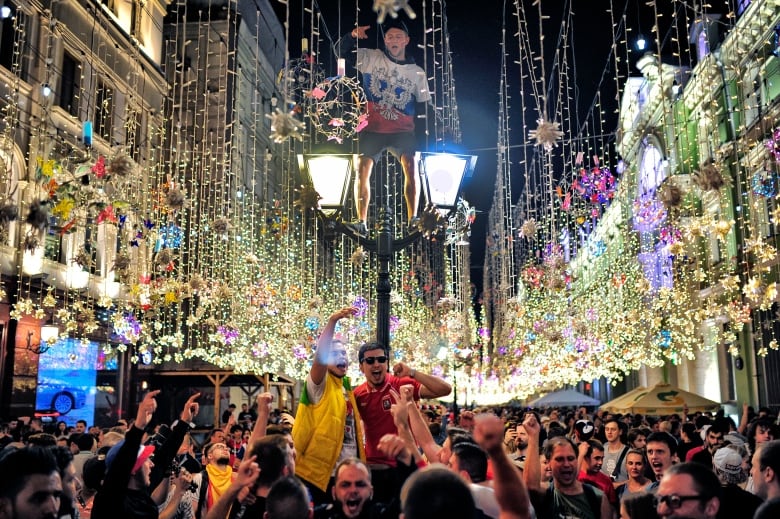 A French fan puts a spin on the World Cup celebrations. 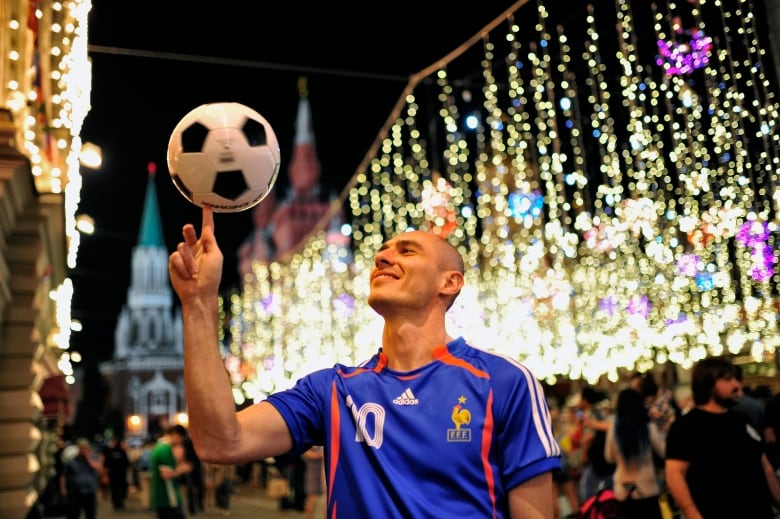 Mexican supporters pour tequila down the throat of a Russian fan. 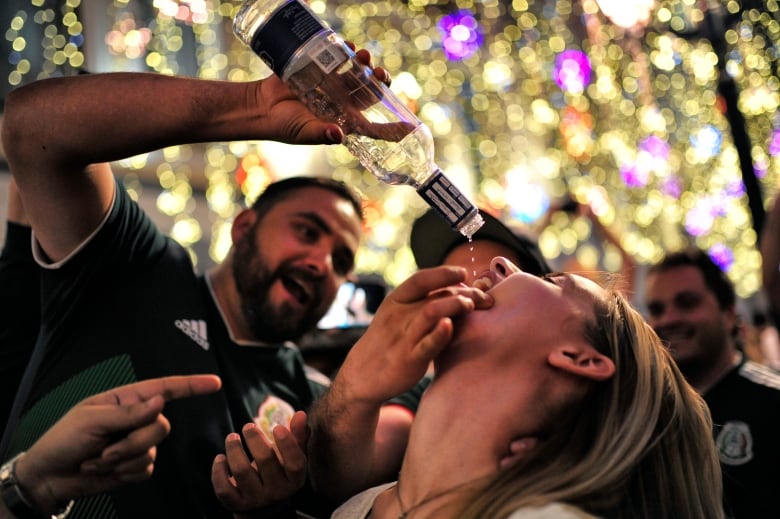 A Serbian fan celebrates even as his team exits the tournament. 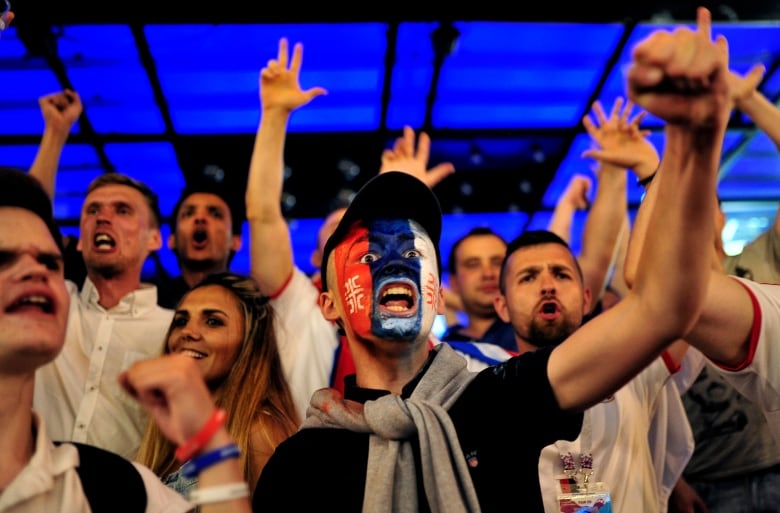 Mexican fans express joy after their team qualifies for the Round of 16. 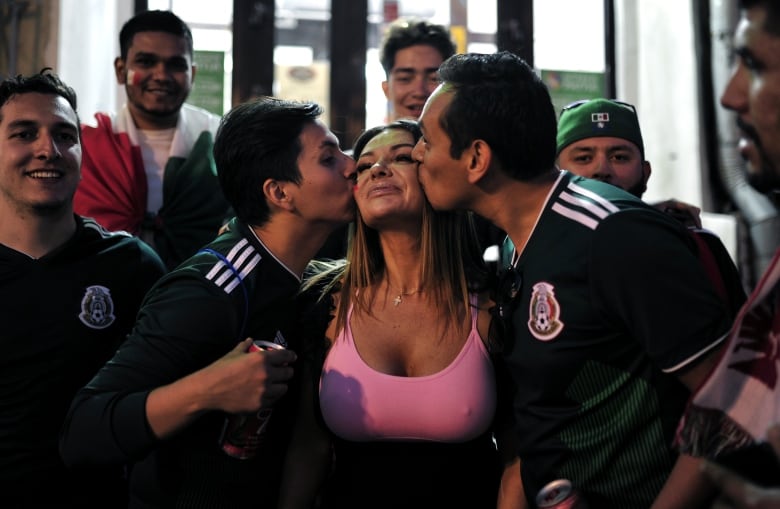 Russians and Serbians dance together during Serbia's final game. 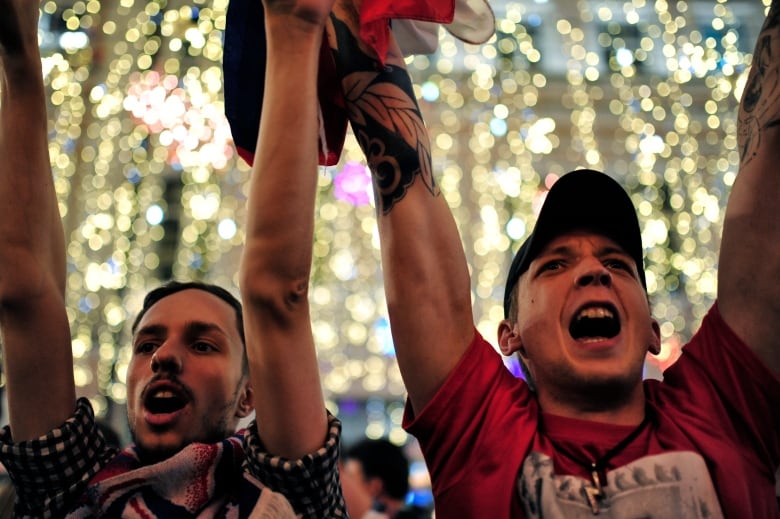 A Spanish fan climbs a pole for a better view of the World Cup party. 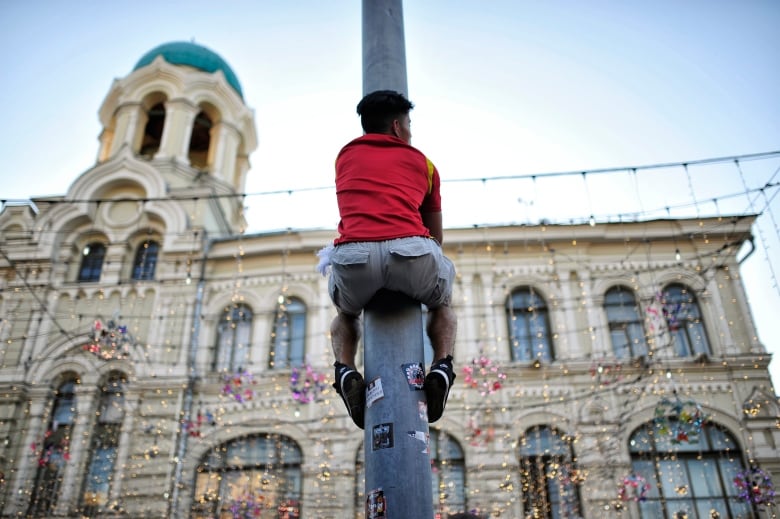 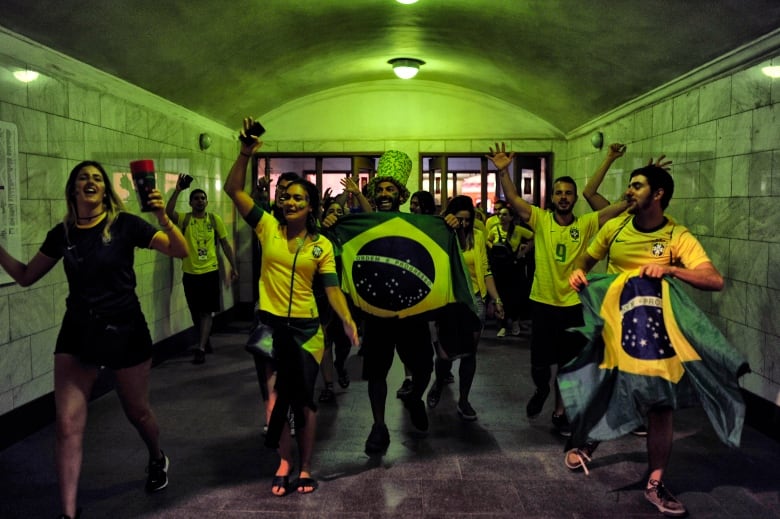 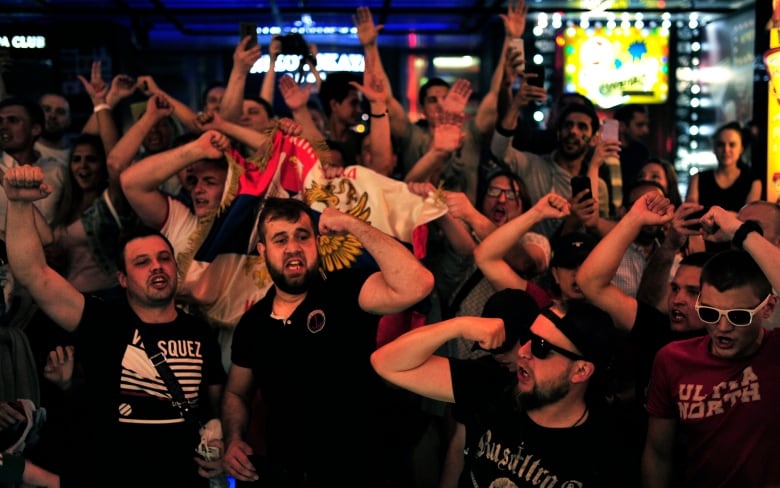 A partier pauses amid the splendour of the Nikolskaya lights after snapping a photo. 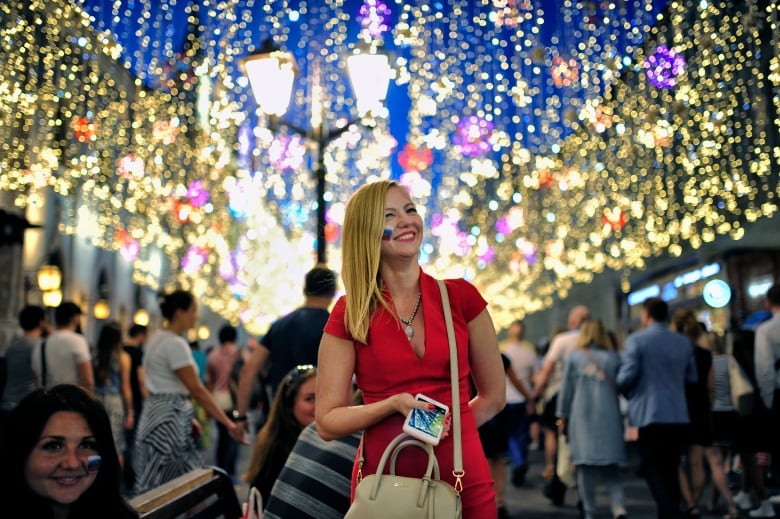 The celebrations wind down after a night of fun in Moscow. 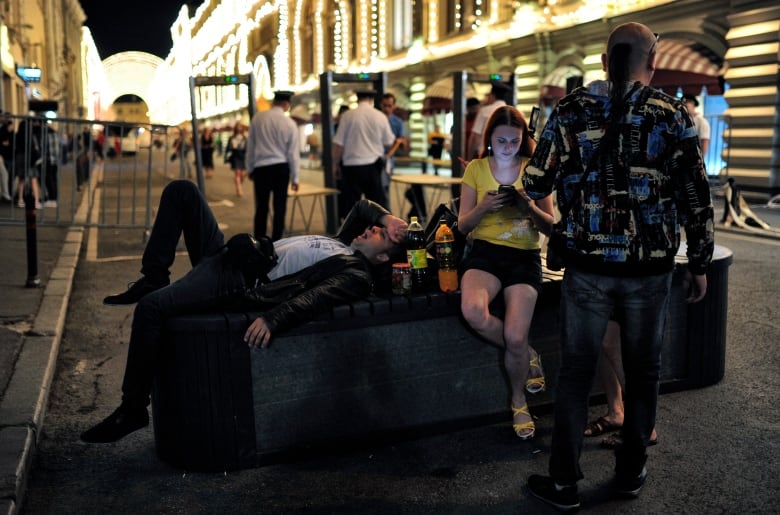