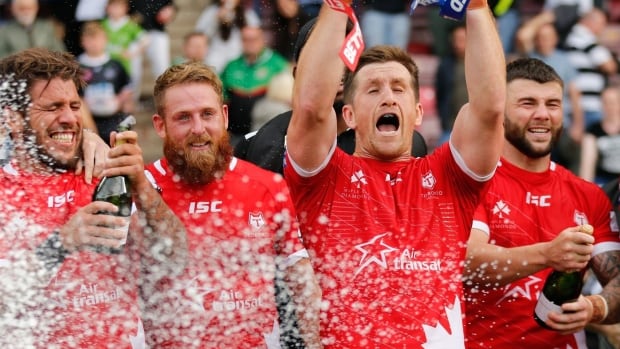 Now it is official. The Toronto Wolfpack is untouchable.

The heavy lifting has been done and the mission accomplished. Others will scrap, battle and clamber to join the Wolfpack in the promotion playoffs, but none can surpass what has already been achieved. The Wolfpack are regular-season champions.

Yet these are dangerous times for a team that can’t be caught.

On the surface it is purely academic. The Wolfpack’s narrow win over Widnes renders the remainder of its regular season meaningless. There are 5 games remaining and Toronto can afford to lose them all.

But below the surface, there is much to be done. Coach Brian McDermott has set a high bar and must not allow standards to drop. His players cannot merely coast to the finish line. To do so would set a precarious precedent.

McDermott must ensure minds and bodies are focused. Professional athletes are, by definition, competitive. It is simply part of their DNA, but even the best have a bad day at the office from time to time.

Is it time to protect the players? It must be tempting to wrap them up in cotton wool and wait for the post season. That way they don’t risk a serious injury in a game that has no bearing on their path to promotion.

Watch the Toronto Wolfpack face off against the Widnes Vikings in Betfred Championship Rugby League play. 1:56:02

Tempting, but erroneous. Injuries and suspensions are part and parcel of the game — a fact accepted as an occupational hazard by players and coaches alike. Athletes cannot live in a bubble — they live for the excitement of the weekend.

It would also be a very long wait. Having already locked up first place in the regular season, the Wolfpack is guaranteed a bye in the opening round of the playoffs. By my reckoning, Toronto’s next ‘meaningful’ game doesn’t take place until the third week of September.

Players, naturally, just want to play. They also want the routine of regular practice and the challenge of weekly goals. McDermott could stand down most of his senior squad for a month or more but it would surely play havoc with their equilibrium.

It might also be unfair on their opponents. Toronto may have nothing more than pride to play for but that is certainly not the case for the teams the Wolfpack will face in the coming weeks. For some their seasons are on the line.

Take their next opponent for example. McDermott is preparing the team for Sunday’s tilt against his old club, Bradford. The Bulls are playing catch up — desperate for a win to remain in the hunt for a post-season berth.

The Wolfpack’s final four games take place in Toronto and all will have significance for the visitors. York City and Leigh Centurions are battling for higher seedings in the playoffs while Barrow are trying to avoid relegation alongside Rochdale.

McDermott and his staff will do what is right for the Wolfpack players. A little squad rotation won’t do any harm. It will keep everyone on their toes and eager to prove they can earn a starting role when the playoffs begin.

Game management can be a great asset when done properly. Look how the Raptors managed Kawhi Leonard’s game time in the lead up to the post season. The medical staff got him fit and, crucially, kept him healthy when it really mattered.

The Wolfpack has strength in depth. Every successful team must have genuine competition for places and Toronto is no exception. It has come through two big tests recently — and had to make do without Gareth O’Brien, Ricky Leutele and Matty Russell in beating the resilient Vikings.

None need to be rushed back. Sixteen straight wins have bought Toronto the advantage of a little more time to heal the walking wounded. But the weekly application and intensity must remain. McDermott will see to that.