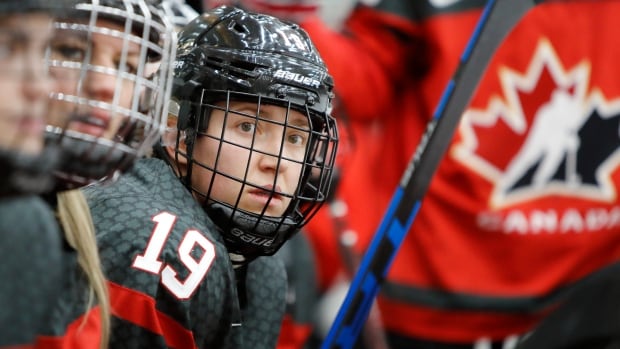 This is a web version of CBC Sports’ daily email newsletter. Stay up to speed on what’s happening in sports by subscribing here.

Women’s hockey players are getting their own thing going

It’s been a tough last few months for the sport. Back in the spring, the CWHL — one of the two women’s pro hockey leagues in North America — folded. A few weeks later, about 200 of the world’s best players banded together and announced they would boycott the remaining league — the NWHL — until they get a single, “sustainable” women’s pro league in North America that offers them better pay, benefits and working conditions. Ideally, the NHL would own and operate such a league, but it’s shown little interest in doing that. More recently, the Four Nations Cup (one of the biggest annual tournaments on the women’s calendar) was cancelled by organizers in Sweden after that country’s players went on strike for more or less the same reasons.

With many of them having nowhere to go, the players created their own series of events. It’s called the Dream Gap Tour, and it bills itself as “a series of showcase events played with the mission of closing the gap between what boys and girls can aspire to achieve” (specifically, the opportunity to make a living playing hockey). It was created by the Professional Women’s Hockey Players’ Association — a union formed shortly after the boycott was announced in May. The barnstorming tour has three stops: Toronto, New Hampshire and Chicago will each host a four-team tournament over the course of a weekend in the next month or so. The plan is to add more dates at some point.

There’s a lot of star power. Canadian Olympic stars Marie-Philip Poulin, Natalie Spooner and Brianne Jenner are involved. Americans Kendall Coyne Schofield and Brianna Decker, who both stole the show at the last NHL skills competition, are also participating. None of the players will be paid. PWHPA president Jayna Hefford said the goal is for the tour to break even.

The first tour stop is this weekend in Toronto. The captains of the four teams are all Canadians: Poulin, Jenner, Rebecca Johnston and Liz Knox. Spooner and Decker are also playing this weekend, but Coyne Schofield was not listed on the official team rosters. The games are being held at a 1,200-seat arena. They take place Saturday at 12:30 p.m. ET and 3:30 p.m. ET, and Sunday at 9:30 a.m. and 12:30 p.m. ET. You can stream them all live here. Read more about the Toronto event and the tour in general here.

The American made history on Friday by becoming the 1st female to compete in the NHL’s Skills Competition when she raced around the ice in the Faster Skater competition. 1:11

It’s crunch time in baseball. With only 10 days left in the regular season, teams are jockeying for playoff spots and positioning. There’s not much in the way of division races this year. The Yankees and Dodgers have already clinched theirs, and Houston and Atlanta are on the verge of joining them any day now. Things are a little tighter for Minnesota and St. Louis (they have four- and three-game leads, respectively) but both teams are still good bets to win their divisions. The only real drama, then, will probably come in the wild-card races. Two spots are available in each league. The AL has three teams in the hunt: Oakland leads Tampa Bay and Cleveland by two games. The NL has more teams in the mix, but it’ll probably come down to Washington, Milwaukee and the Chicago Cubs. They’re all within two games of each other. You can take a look at the standings here.

One of the Yankees’ best pitchers will reportedly miss the rest of the regular season and the playoffs after an alleged domestic-violence incident. Domingo German’s 18-4 record is the best on the staff, and his 2.0 Wins Above Replacement is the second-highest among Yankees starters. He was placed on administrative leave Thursday under the joint domestic violence policy of Major League Baseball and the players’ association. The standard length of such a leave is seven days, but it can be extended if both MLB and the union agree to do so. It looks like that’s what’s happening here. ESPN reports that German won’t be allowed to pitch again this year. No one seems to know much about the details of the alleged incident, and no police report was filed, but other reports said it happened at German’s home earlier this week and involved his girlfriend.

The Rugby World Cup has kicked off. The 20-team tournament is held every four years, and this time it’s in Japan. The Canadian team is ranked 22nd in the world. It’s in a brutal pool with New Zealand (winner of the last two World Cups), South Africa (winner of the one before that), Italy (ranked 14th) and Namibia (23rd). Only the top two teams after round-robin play advance to the quarter-finals. A more realistic goal for Canada is finishing in the top three in the pool, which would guarantee an invite to the next World Cup. But even that’s a tall order for a country that won only two matches over the last four World Cups. Canada’s first game isn’t until Thursday, against Italy. Then it faces New Zealand on Oct. 2, South Africa on Oct. 8 and Namibia on Oct. 13. The knockout stage starts Oct. 19 and the final is Nov. 2. Read more about the Canadian team’s outlook here.

Dan Girardi’s (painful) NHL career is over. The league started recording blocked shots for the 2005-06 season, and Girardi is the leader with 1,954. The bulk of those came with the Rangers. He spent his first 11 seasons with them and the last two with Tampa Bay before announcing his retirement Friday. Girardi never won a Stanley Cup, but he did make about $ 45 million US by CapFriendly.com’s estimate. Still, tough way to make a good living.