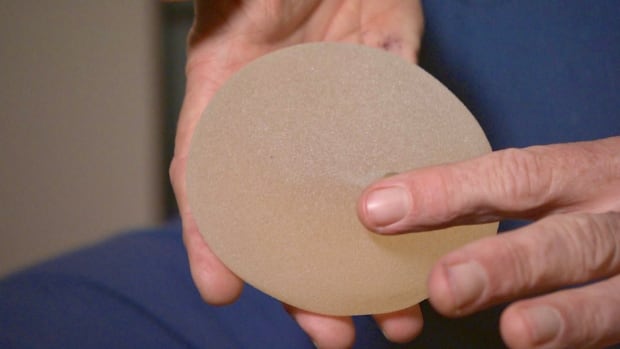 A brand of breast implant that has been barred from sale in Canada is now also being pulled worldwide, following an international investigation that included CBC News, Radio-Canada, the Toronto Star and the Washington-based International Consortium of Investigative Journalists.

Breast implant maker Allergan Inc. issued a global recall Wednesday for its Biocell textured implants and tissue expanders after regulators, including Health Canada, alerted the company to a heightened cancer risk associated with them.

The U.S. Food and Drug Administration said it called for the removal in the U.S. after new information showed Allergan’s breast implants with a textured surface were tied to the vast majority of cases of a rare form of lymphoma. The move follows similar action in France, Australia and Canada.

Both Health Canada and the FDA don’t recommend that women with the implants have them removed because the cancer is so rare, but say they should check with their doctor if they have symptoms, which include pain and swelling.

When Health Canada banned the implants in this country in May, the department said it had been notified of 26 confirmed cases of breast-implant-associated anaplastic large cell lymphoma (BIA-ALCL) in Canada, of which 22 (85 per cent) involve Biocell implants.

The FDA updated the total number of implant-related BIA-ALCL cases globally to 573, and 33 patient deaths, which the agency said “reflect a significant increase in known cases of BIA-ALCL since the agency’s last update earlier this year.”

Health authorities first linked breast implants to cancer in 2011. The disease is not breast cancer but lymphoma that grows in the scar tissue surrounding the breasts. It grows slowly and can usually be successfully treated by surgically removing the implants.

Last September, Vancouver-based plastic surgeon Dr. Nick Carr and his team published a study in the journal Plastic and Reconstructive Surgery suggesting that after about five to 10 years, women started to experience tearing, bleeding and inflammation that could also be part of the genesis of BIA-ALCL.