Dr. Bonnie Henry said Thursday that health officials are investigating how the person in B.C. contracted the variant, as they have not travelled or been linked to any travellers.

“It is, of course, concerning we don’t know where this arose,” she said.

The variant is more infectious than the original COVID-19 virus and has rapidly become dominant in South Africa’s coastal areas.

Henry said testing in B.C. indicates that the new variant does not appear to be widespread in the community.

The province is conducting genomic sequencing on five per cent of its test samples to detect mutations. The samples are randomly selected, but the focus is on areas with known cases of the variant, Henry said.

She noted the province is working on a strategy to improve its ability to detect variants.

Henry also confirmed four total cases in the province of the variant linked to the U.K. Three of the cases in B.C. are tied to one traveller, while the fourth case is linked to a second traveller.

“We don’t believe that this has spread at all from these four cases,” Henry said.

The U.K. strain also spreads more easily and has been blamed in that country for record-high cases and surging hospitalizations.

B.C. announced its first case on Dec. 27, a resident from the Island Health region who returned from the U.K. in mid-December.

Neither variant is believed to be more deadly, and scientists say there’s no evidence vaccines won’t protect against them.

WATCH | Dr. Bonnie Henry says it’s not yet clear if the vaccine prevents a person from being infected 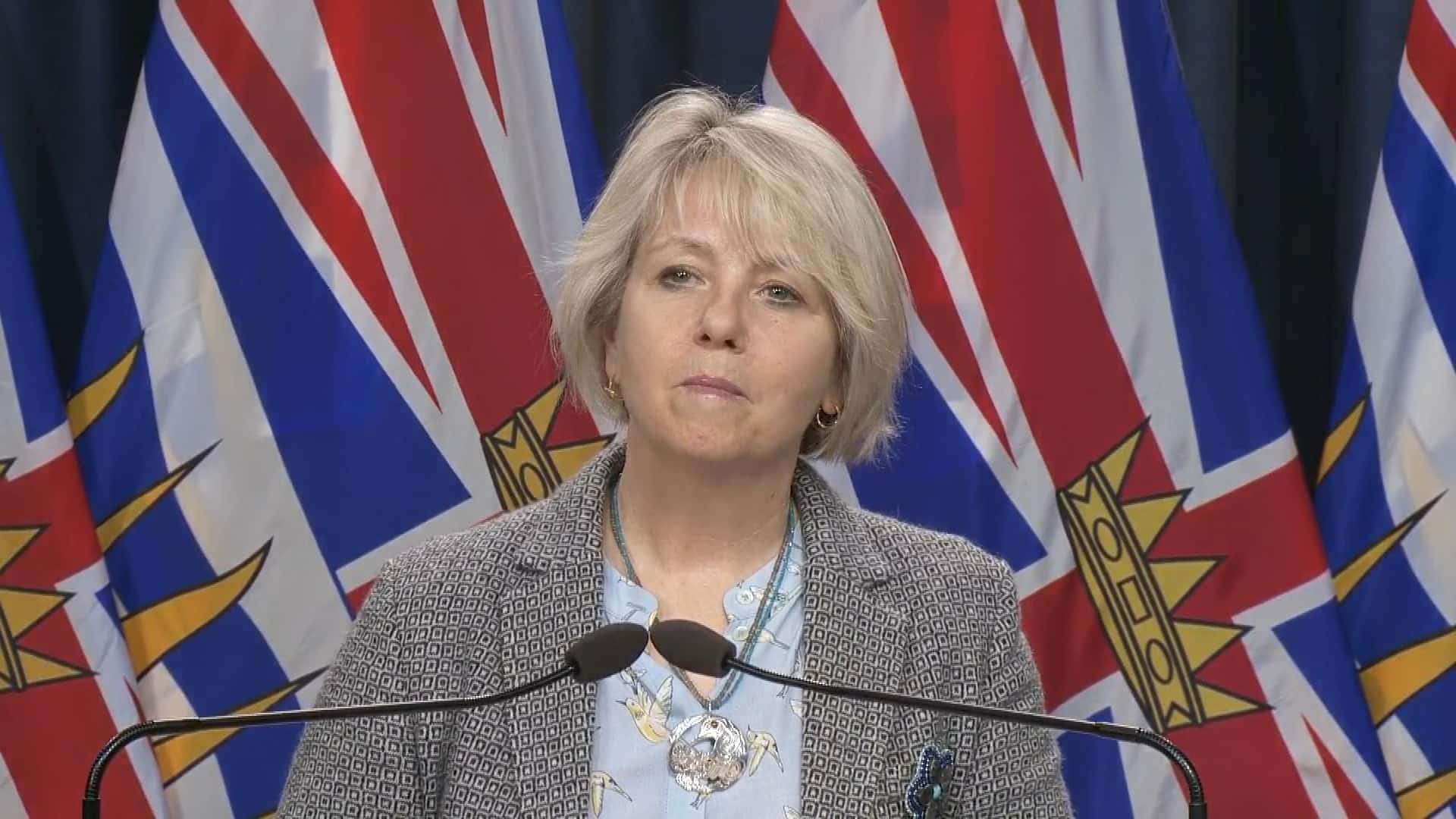 Dr. Bonnie Henry says while the COVID-19 vaccines are effective against symptoms and preventing death, it’s not yet clear if the vaccine prevents a person from being infected. 1:29

Increase in cases in Interior Health

Henry also announced that seven more people have died of COVID-19 in B.C., as the province recorded 536 new cases.

Active cases in the province continue to fall, with the tally now at 4,624.

Notably, Interior Health eclipsed Vancouver Coastal Health Thursday as the region with the second-highest number of new cases. Henry said holiday gatherings are a big reason for the surge in cases in B.C.’s Interior.

“It’s not focused in one area,” she said.

“What we’re seeing is more local, where people had come together in small groups and decided they could stretch those rules. We’re seeing transmission in small clusters that is moving through communities.”

Fraser Health remains the hardest-hit region, although its total has plummeted in recent weeks.

A total of 362 people are in hospital, 74 of whom are in intensive care. Nearly 70,000 people have received a vaccine dose.

‘Our borders are very different’

With COVID-19 case numbers soaring in other parts of Canada, the B.C. government is getting legal advice to determine whether an inter-provincial travel ban is a valid option.

Henry said she would not issue a public health order against inter-provincial travel, such as the travel ban in place in the Atlantic provinces.

“It’s hard to see how that is feasible in British Columbia, for many reasons,” she said.

“Our borders are very different. We have many ways that people can cross, particularly from Alberta.”

Henry noted there are many services and workplaces that involve people travelling between provinces.