One of the greatest moments in Toronto Raptors history happened on Sunday night.

The team, the city and the fan base, who have been yearning for more ever since Toronto lost Game 7 to the Philadelphia 76ers in the second round in the 2001, finally got their moment — the shot.

Here is Kawhi Leonard’s moment broken down in pictures. 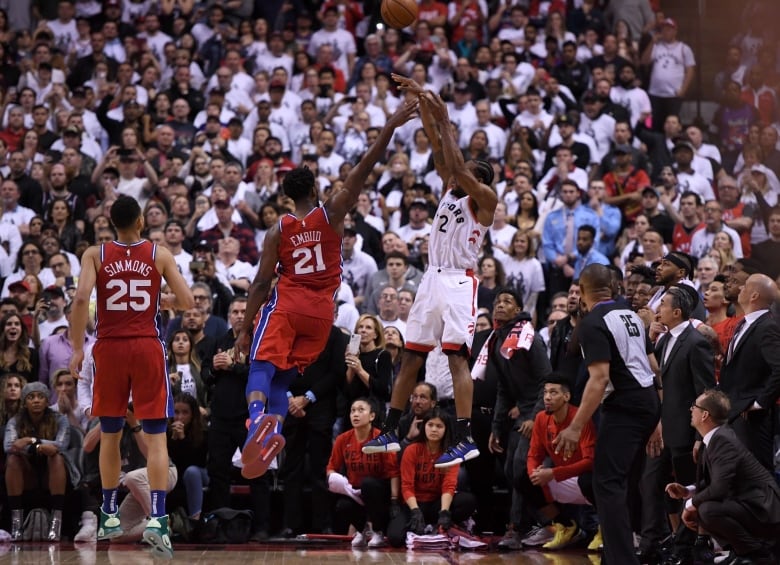 With 4.2 seconds left in a 90-90 game, the Raptors were inbounding the ball. Kawhi took the ball and drove to the baseline. With the 76ers’ Joel Embiid in his face, Kawhi got up and released the ball with 0.4 seconds on the clock. 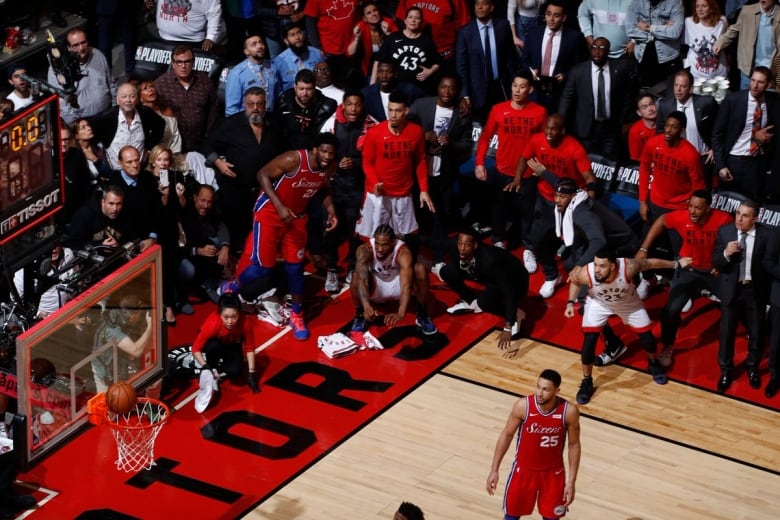 The entire stadium with their eyes on the ball as it’s bouncing the rim. (Twitter/Toronto Raptors)

Because Embiid is so tall, Kawhi needed to put extra arc on the ball. This arc helped the ball clank four times off the rim. The Raptors bench held back. Philly’s Ben Simmons (25) calmly watched. Everyone was wondering if Leonard just ended the game, or if the teams would need overtime. 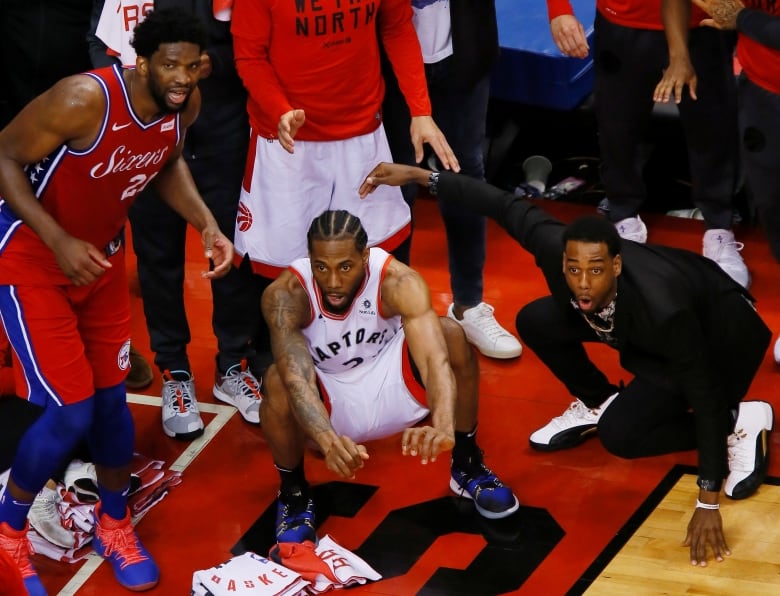 Leonard crouched, staring at the ball from behind the net. Embiid was doing the same. The shot carried their momentum so far away from the action. The Raptors’ Jordan Loyd, doing his best Spiderman pose to Leonard’s right, watches with pure emotion. Is the ball going to drop? 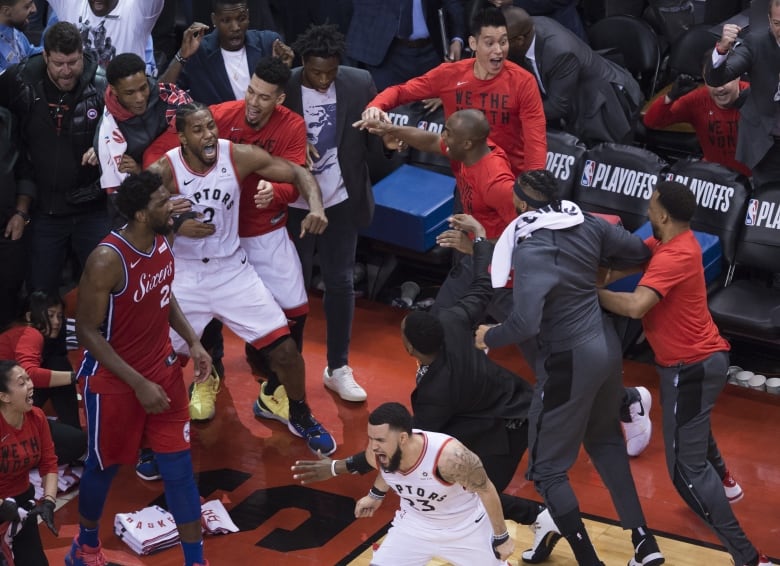 The ball dropped. The Raptors won 92-90 and advanced to the Eastern Conference final. Leonard’s teammates closed in while Embiid walked away with an off-season ahead of thinking about the shot. 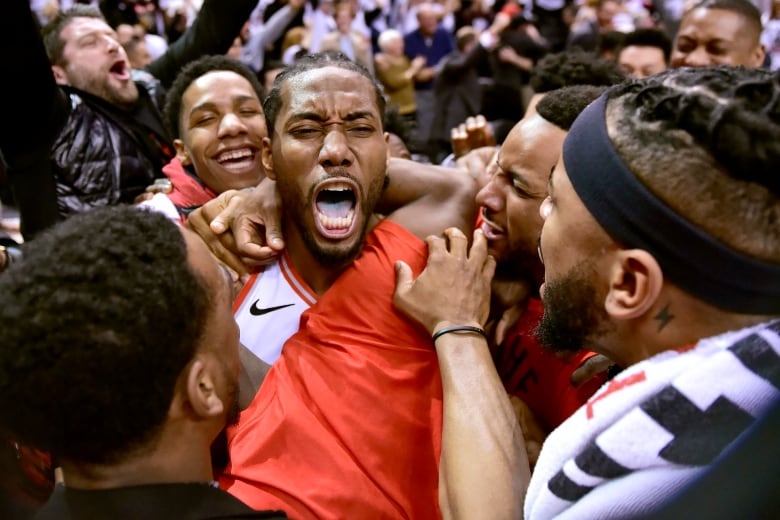 The normally placid Kawhi Leonard couldn’t hold back his emotions after sinking the game-winner on Sunday. (Frank Gunn/The Canadian Press)

“Fun Guy” Kawhi, who is normally reserved and emotionless, erupted as he lifted the weight off a fanbase that has been craving this moment for years. He was mobbed by his teammates. Never has there been a bigger moment, a bigger shot or a bigger win in Raptors history.