When Epic released footage from its upcoming Unreal 5 tech demo last week, one major question was whether PC gamers would be able to enjoy equivalent performance or capabilities. As we discussed last week, any major boost to console performance that relies explicitly on storage hardware could require relatively fast hardware on the PC side of things.

Epic has now chimed in and confirmed our expectations. According to Epic Games China (via DSOGaming), the PS5 version of the game ran at 1440p at 30fps. A PC equipped with an RTX 2080 notebook and a Samsung 970 EVO is capable of running the demo at ~40fps.

And I can ensure that we can run this demo in our notebook, in editor , not cooked, it even can 40FPS. ( After someone in BBS confirm that the device is RTX2080 and 970EVO )

This is a fairly good performance data point. The Samsung 970 EVO isn’t a top-end NVMe SSD, but it’s not a bad performer, either. A 2018 midrange M.2 drive is significantly faster than the top-end SATA drives you could get a few years earlier, for example, simply thanks to higher transfer speeds.

The major piece of the puzzle we’d still like to know is whether the SSD or the GPU is more important to the general performance of the game. If a 970 EVO and an RTX 2080 notebook GPU are sufficient to hit 40fps, what happens if you switch to Intel’s highest-end Optane drive with the same GPU? Conversely, what happens if I drop the SSD down to a SATA model or an early M.2 drive with less absolute performance?

It’s not that SSDs can’t impact gaming already — they absolutely do — but for the most part, the impacts are limited to save game loads and level transitions. Games that show sustained in-play performance benefits from SSDs tend to be those that rely the most heavily on streaming assets during play (Diablo III was one early title to benefit directly from an SSD in this fashion, as it reduced lag while exploring the world).

If you’re a gamer on an old magnetic hard drive, I wouldn’t panic and rush out to buy an SSD, but it’s probably time to start seriously eyeing an upgrade. It looks as though new games may demand more performance from your storage solution. As for what kind of solution, I’m not going to make specific predictions there, but any reasonable M.2 SSD from the past few years will undoubtedly be fine, and I’d be stunned if every type of SSD wasn’t ultimately supported.

Up until now, games have treated HDDs and SSDs as largely synonymous, though plenty of titles recommend solid state storage as part of their ideal system requirements. Question is, will we now see HDDs fall off the “Minimum” end of the spec sheet, or will it just be a case of SSDs giving a profoundly better experience?

The Epic Game Store has been giving games away for several years now, but this is the first time a giveaway has brought the store down that I can remember.

Epic has been working its way up to an unannounced free game drop at 11 AM this morning, but a leak last night confirmed GTA V was on the way. By 11:05 AM, the website had swamped as people flooded the service to snap up the title. Epic has acknowledged this in a tweet about the situation:

We are currently experiencing high traffic on the Epic Games Store.

We are aware that users may be encountering slow loading times, 500 errors, or launcher crashing at this time and we are actively working to scale. We’ll provide an update as soon as we can.

Which is a little odd, if you think about it. GTA V turns seven this year. It’s been released on multiple platforms. Most people own it already, if they want to own it at all. The surge in traffic for the Epic Game Store has apparently been intense enough that it has actually created issues for related Epic services like Epic Battle Breakers and Fortnite.

If you can’t get on the EGS to pick up your copy of the game, don’t worry — it’s going to be free through May 21. Despite the controversy between EGS and Steam, evidently enough gamers are willing to adopt the EGS to crash it when they flood the service looking for free titles. And while people might rationalize the download as a way to get a legitimately AAA title for free, from Epic’s perspective, once it has a spot on your SSD, it’s got a spot on your SSD. No matter what happens afterward, you at least installed the Epic Game Store once. It isn’t clear which edition of the game Epic is giving away, however, because nobody can log in to check. Rumors ran wild on this point, with some implying Epic would give away the “latest premium edition with additional content.” At the very least, the rumor is that this represents the complete title, not just a front-end for accessing either the single-player campaign or GTA Online.

Epic, one has to note, is having something of a banner week. First, Tim Sweeney’s company wowed the internet with the new PS5 demo built on Unreal Engine 5. Now the EGS has broken down under the weight of Grand Theft Audio, which puts Epic news front-and-center before PC gamers who might not have cared about the console announcement. Granted, one of those events is a bit more prestigious than the other, but the company still managed to rank in both on consecutive days.

Before Fortnite, Epic Games’ biggest contribution to gaming was the Unreal Engine. It has been six years since a major update, but that will change with the release of next-generation game consoles from Sony and Microsoft. Today, Epic showed off a demo of the new Unreal Engine 5 (UE5) running on a PlayStation 5, and it’s pretty amazing.

The first thing to know about this demo is that it’s not pre-rendered — it’s rendering in real-time on the PlayStation 5 dev kit. That speaks to the power of the console’s hardware as well as the abilities of the engine, which looks almost photorealistic. Epic designed this demo to show off the two new graphics technologies at work in Unreal Engine 5: Nanite and Lumen.

Epic Games says Nanite is a “virtualized micropolygon geometry” technology, which is a fancy way to say it handles polygon counts so developers don’t have to. There are over a billion triangles of source geometry in each frame of the demo, but Nanite compresses them losslessly to around 20 million drawn triangles. Nanite manages the data streams and scaling in real-time without loss of quality. This will allow developers to import film-quality visuals assets including ZBrush sculpts and CAD files and retain all that detail.

Unreal Engine 5 is built from the ground up for 4k development. The triangles rendered in Nanite are so small they’re essentially pixels on a 4k display. There’s no way to increase the level of detail until 8k or 16k resolutions become mainstream.

Lumen is Epic’s new global illumination tool. Like Nanite, Lumen handles a lot of the heavy lifting in real-time. Developers can specify lighting types and angles, and the engine calculates shadows, indirect lighting effects, and so on. For example, Lumen can react instantly when a character sweeps a flashlight across a room. Developers don’t have to specifically plan for that.

Epic Games says that it hopes the tools built into Unreal Engine 5 will help smaller teams create high-end games. Developers will get access to the UE5 preview in early 2021, and a full release will come at the end of that year. Epic will, of course, migrate its extremely popular Fortnite battle royale to the new engine before the final version is public. So, that will be our first chance to see the new engine in action. Epic says it will let developers keep all the royalties on UE5 games up to $ 1 million. It will take 5 percent of all sales beyond that, but it will waive the royalties for sales on its own Epic Games Store. 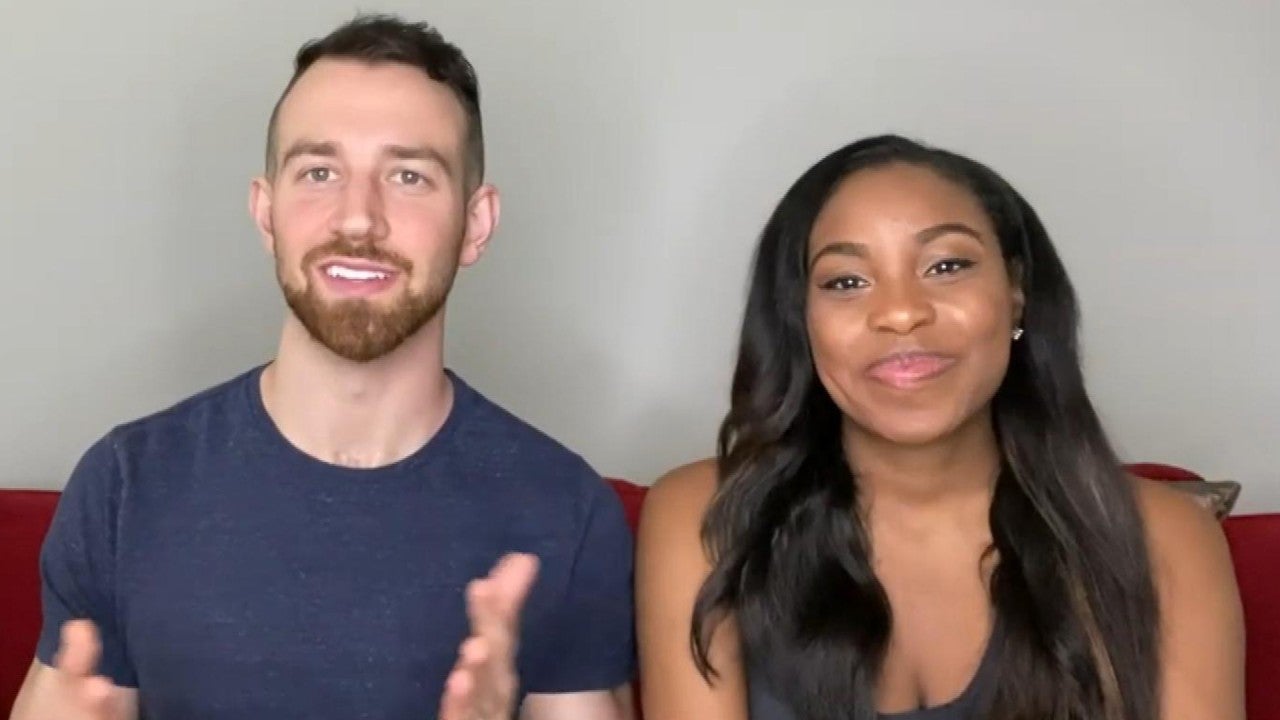 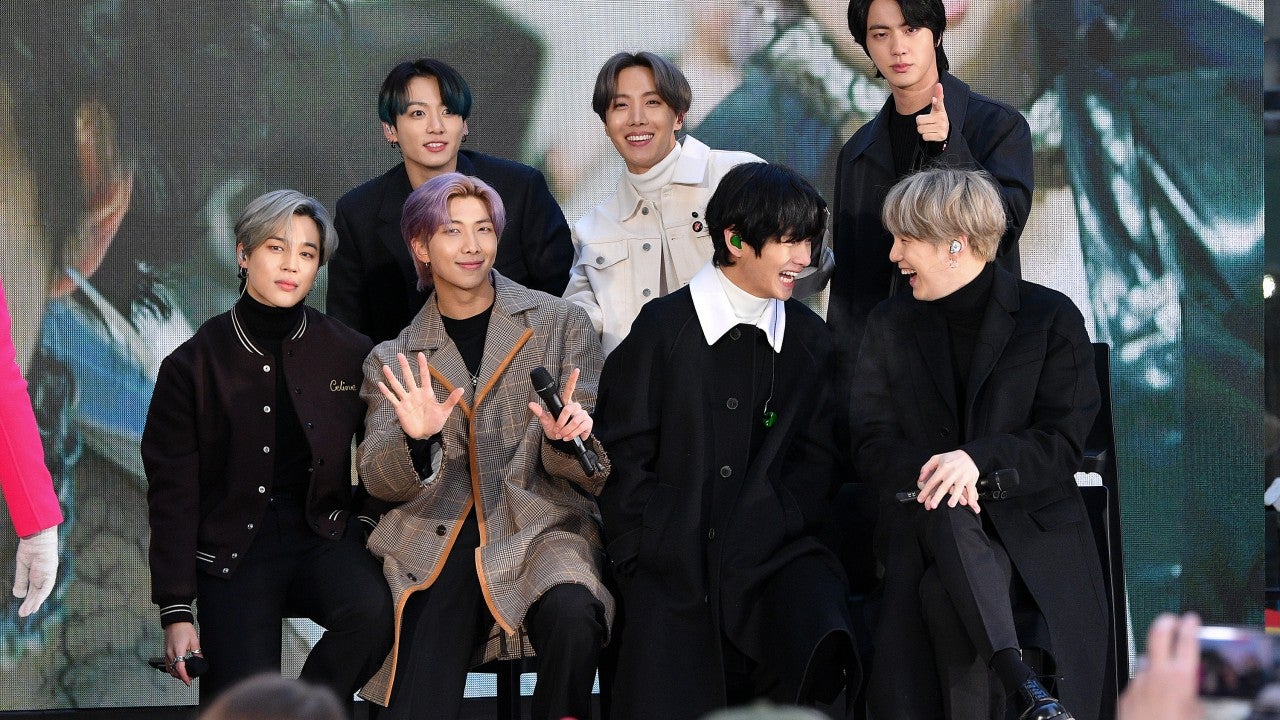 Epic has been a big name in the games industry for years, but the incredible success of Fortnite has catapulted it to the head of the pack. It’s also given the firm enough clout to try and change the way game distribution works. At the DICE Summit, Epic Games CEO Time Sweeny took the stage to criticize the leading mobile platforms. He said Android is a “fake open system,” and Apple is even worse.

Fortnite began its run as a desktop game, following in the footsteps of other battle royale titles like PUBG. Fortnite successfully left the more “realistic” PUBG in the dust, earning billions of dollars for Epic Games. Like PUBG, the free mobile version of Fortnite has become just as popular as the desktop version. However, Sweeny says the roadblocks put up by Google and Apple are an ongoing issue.

Whereas Epic can handle the desktop hosting and distribution on its own, Android and iOS have built-in systems for that. Both companies take a 30 percent cut of sales as compensation for using the platform, but most developers have learned to live with that. They don’t have the staff or infrastructure to distribute content themselves, and using the App Store and Google Play provides access to a much larger audience. Epic, however, does have the capacity to do that.

Epic Games had no choice but to launch Fortnite in the App Store — there’s no way to sideload content on the iPhone without complex Jailbreaking hacks. On Android, Epic chose to release the game independently because Android does allow sideloading. However, the operating system quite reasonably warns users before they sideload apps. Sweeny bashed these “scary” pop-ups in his speech. Although, Google is treating Fortnite just like it would any other app. The “unknown sources” toggle is there for a good reason. Let’s not forget Epic launched Fortnite with a serious security hole on Android. Sweeny also drew a comparison between mobile platforms and credit card processors. Visa, for example, charges a few percentage points while Apple and Google take 30 percent. While the two businesses are vastly different, Sweeny proposes Apple and Google could still be highly profitable shaving just a few percent off the top.

Sweeny’s criticism of Google and Apple is aimed pretty squarely at making Epic more money, but some of his other points will resonate with gamers. He called out Sony, Microsoft, and Nintendo for their resistance to cross-platform gameplay in Fortnite. He also sees politics as an important part of gaming culture, criticizing Blizzard for trying to muzzle players who supported theHong Kong protests. Although, he also said players and vendors should be “free of lockdown,” apparently forgetting that the Epic Games store routinely makes deals for exclusive titles. 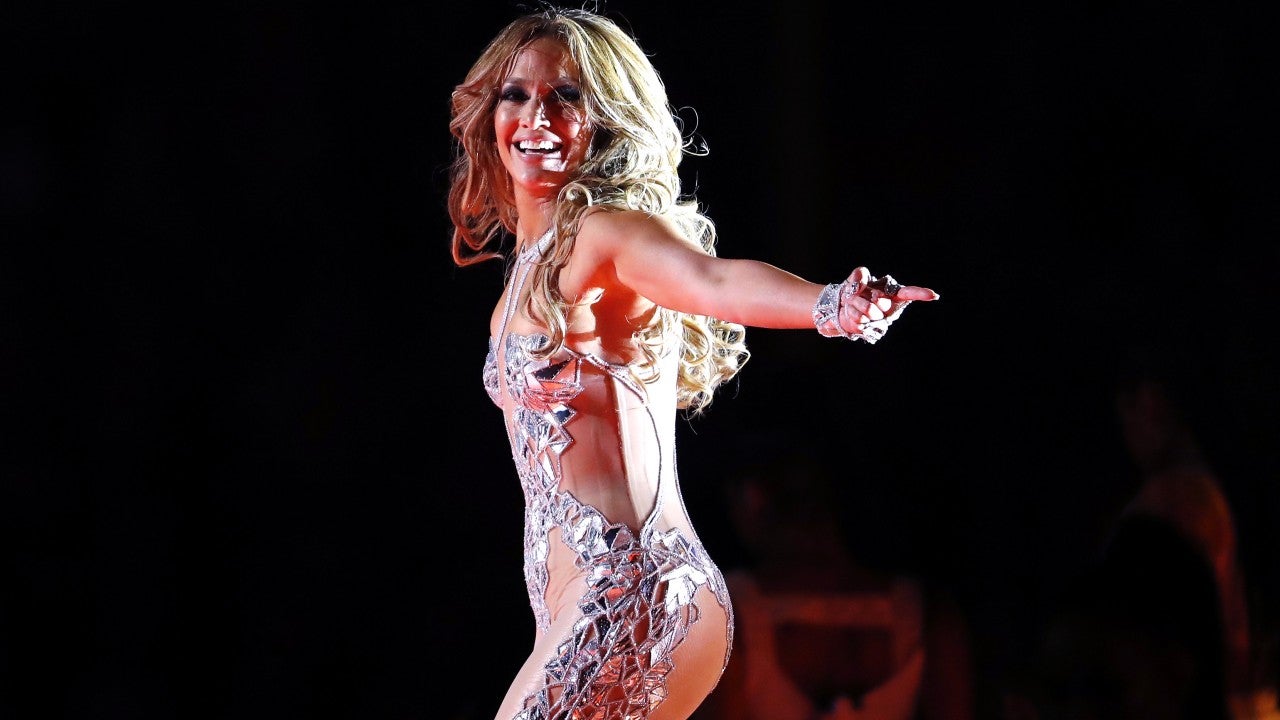 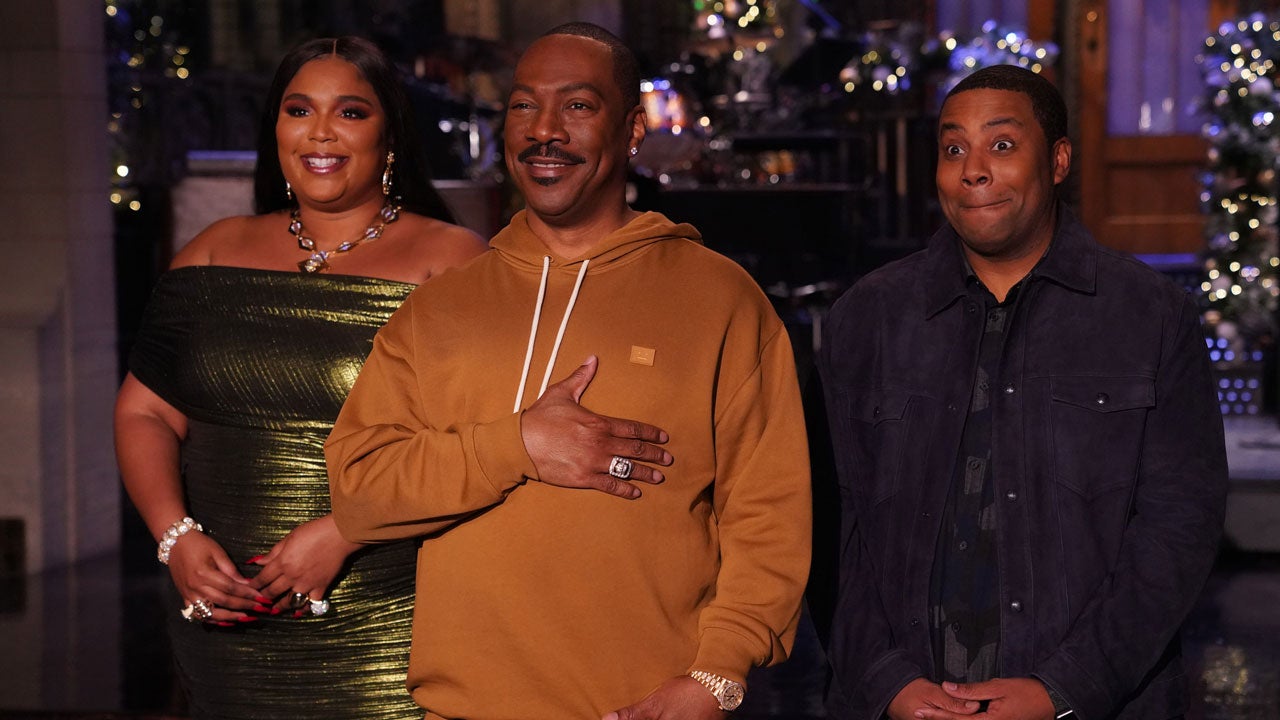 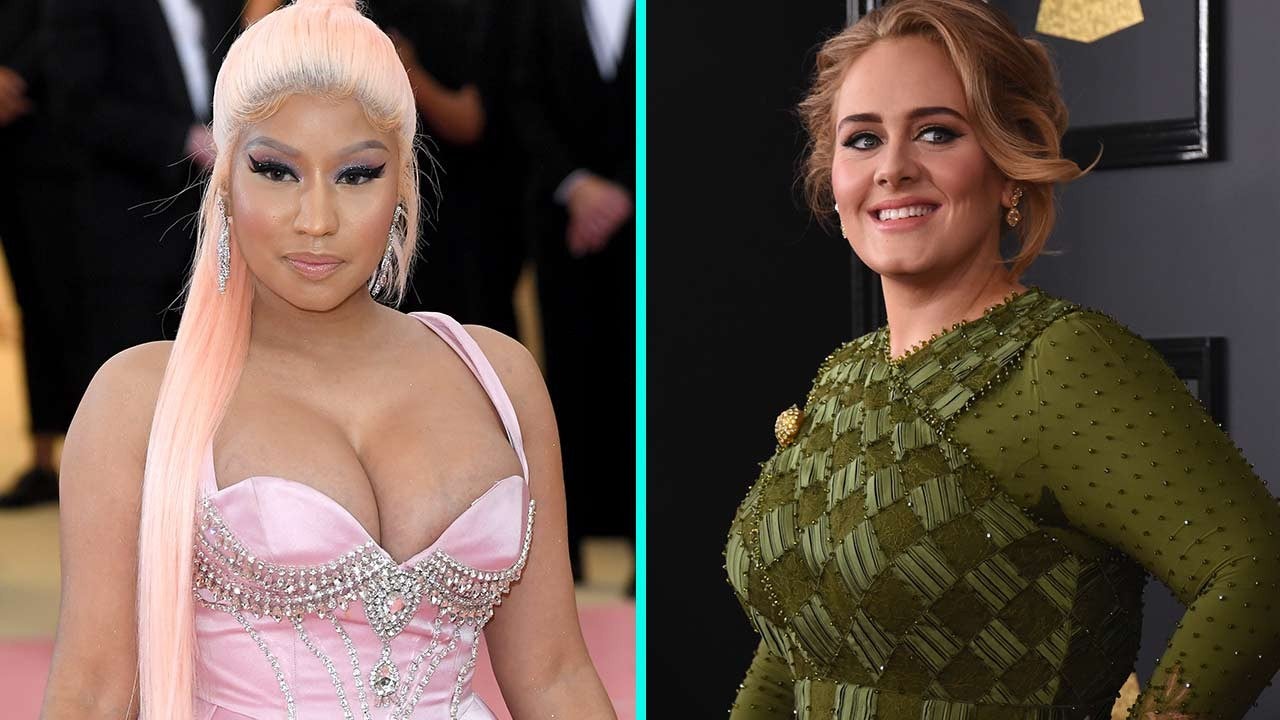 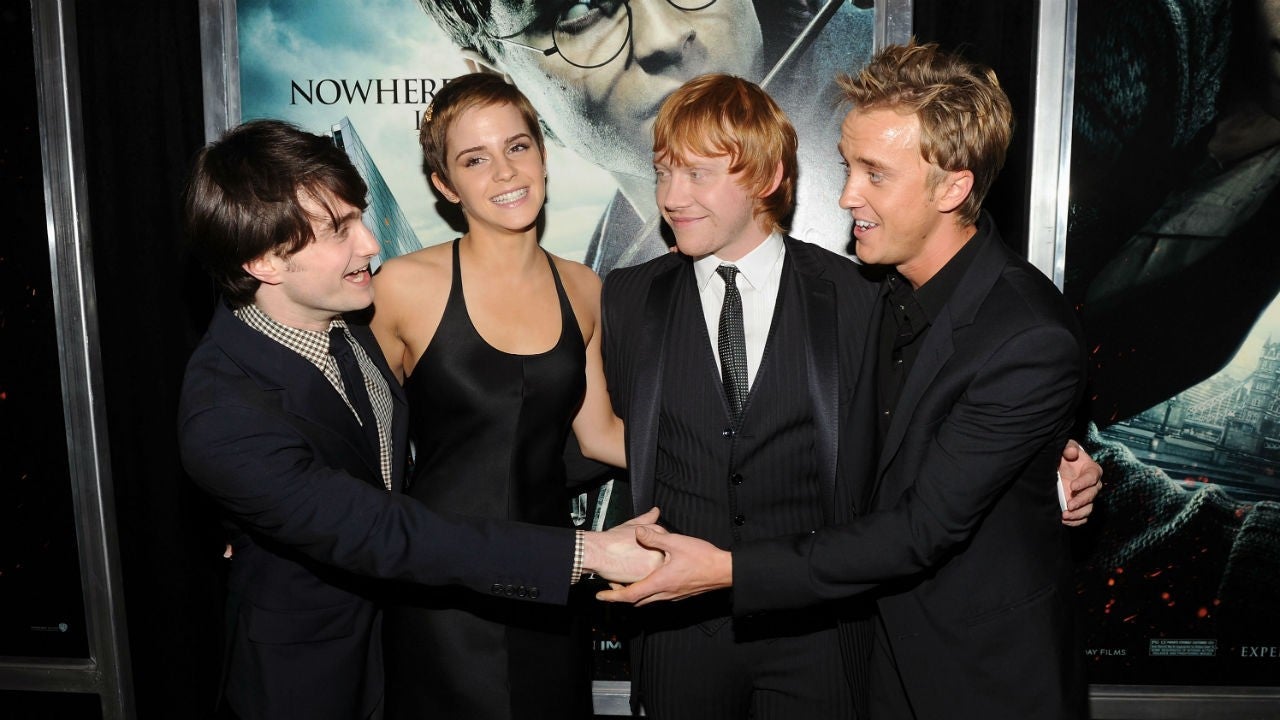