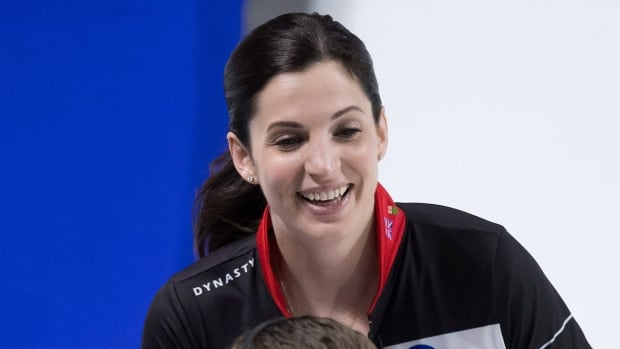 Jones and Weagle confirmed the news Wednesday morning in phone interviews with The Canadian Press. A formal team announcement was expected later in the day.

We connected instantly and our goals were aligned.— Lisa Weagle on her conversation with new teammate Jennifer Jones

“She’s just a super-talented player and one of the best leads to ever play the game,” Jones said. “She works hard on every aspect of her game. But at the end of the day, I think she’s a phenomenal person as well. So I think she’s just going to add a ton of value to our team in every aspect.”

Weagle’s departure from Team Homan was a stunner on the curling scene. They had won three national titles together and reached the Scotties Tournament of Hearts final last month in Moose Jaw, Sask.

‘I want to do everything I can to help the team’

Jones reached out to Weagle last Sunday and the five players firmed up plans for next season on a video call.

“We connected instantly and our goals were aligned,” Weagle said. “What struck me the most was hearing it in Jen’s voice that she wants to win and she’s very determined. This is an athlete that’s won everything there is to win in curling and she still wants to do more.

The team plans to sort out the logistics of the five-player setup in the off-season.

Many teams use a fifth player as an alternate but they see limited ice time. That is not expected to be the case with Team Jones.

Team Homan represented Canada at the 2018 Pyeongchang Olympics but did not reach the podium. Sarah Wilkes was brought on as Weagle’s replacement on Tuesday.

The addition of Weagle is the latest move in a busy week on the domestic curling scene as several high-profile teams have made changes as they gear up to make a run at the 2021 Olympic Trials.

“We all have a little bit more jump in our step and we’re very excited,” Jones said. “We feel very privileged that Lisa would agree to play with us.

“A player of her talent, calibre, and just the person that she is, we feel it’s a huge privilege for us and we’re hoping that we can do some great things together.”