For decades, climate scientists have been tracking troubling changes in glaciers around the world. These massive bodies of ice shift and flow under their own weight, but many glaciers are now shrinking. A new trend in the European Alps suggests glacial thawing could accelerate thanks to some unassuming pink algae.

Glaciers are an important part of maintaining global temperatures because they reflect more light than other geological features — about 80 percent of solar radiation. As Earth’s ice sheets disappear, the planet absorbs more heat from the sun, contributing to higher global temperatures. And of course, higher temperatures also accelerate the melting. It turns out certain algae can make glaciers melt more quickly as well.

Sometimes called Watermellon Snow, patches of algae-infused ice and snow are common on glaciers in the spring and summer. The pink-tinted ice in the Alps has researchers from Italy’s Italy’s National Research Council concerned. Biagio Di Mauro, who has studied changes in the Morteratsch glacier in Switzerland, says the algae itself isn’t dangerous. However, its increasing presence in glaciers could worsen climate change because it makes the ice darker.

The algae, Ancylonema nordenskioeldii, is one of several species sometimes called ice algae.  Where the algae appears, it lowers the “albedo” of the ice, making it less reflective. The ice absorbs more solar radiation and therefore melts more quickly. This provides more water and air access to the algae, which expands and causes color changes in more areas of the glacier.

Researchers are seeing much more of this Watermellon Snow in the Alps, but that’s not the only place it has appeared. We’re seeing the same pink ice in Greenland’s “dark zone,” which is also experiencing accelerated melting. There have also been reports of pink and red snow in Alaska and Antarctica.

Scientists have not agreed on how impactful these algae blooms are to climate change. It’s possible we will need to adjust the current models to account for algae-induced melting. And that could mean we have even less time to make changes if we want to avert catastrophe. 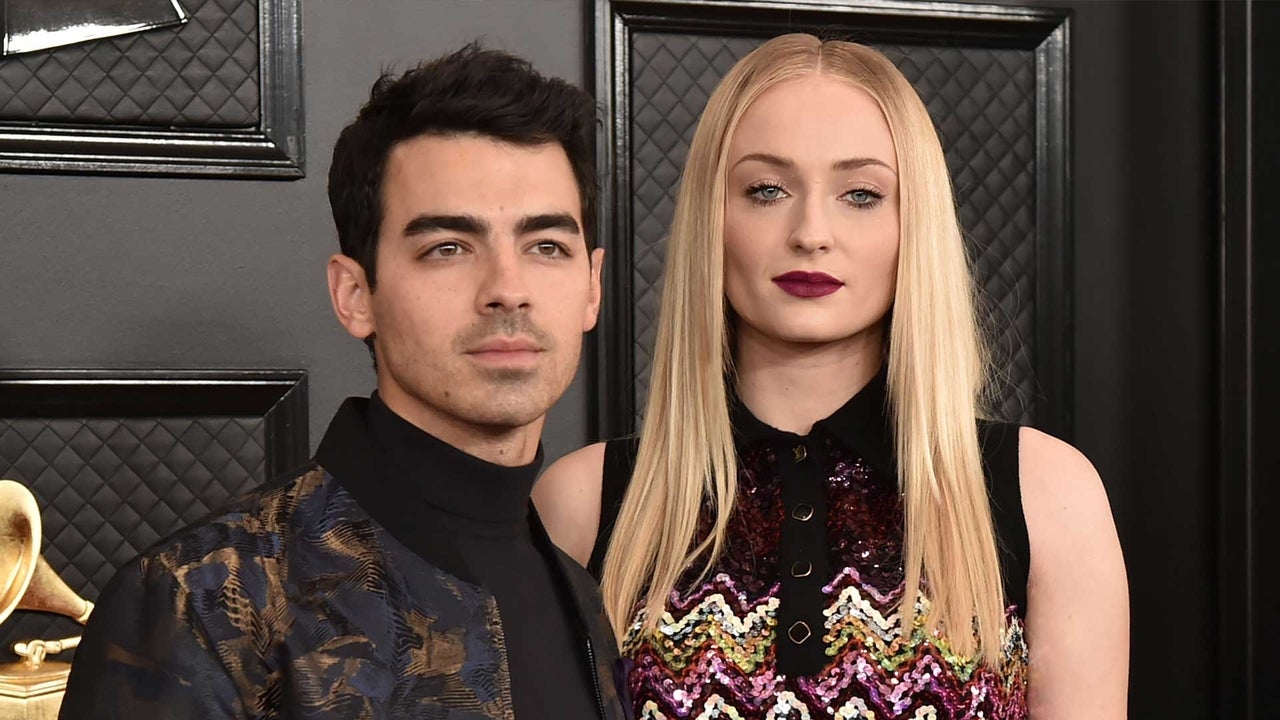 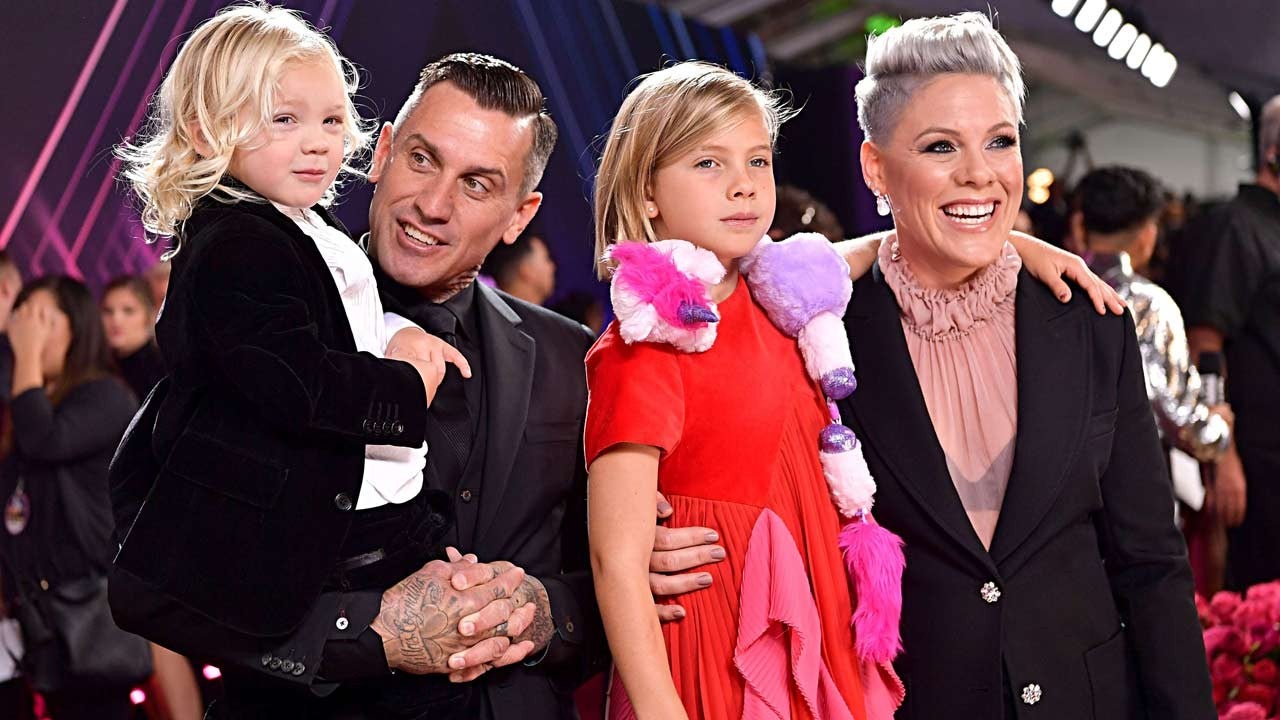 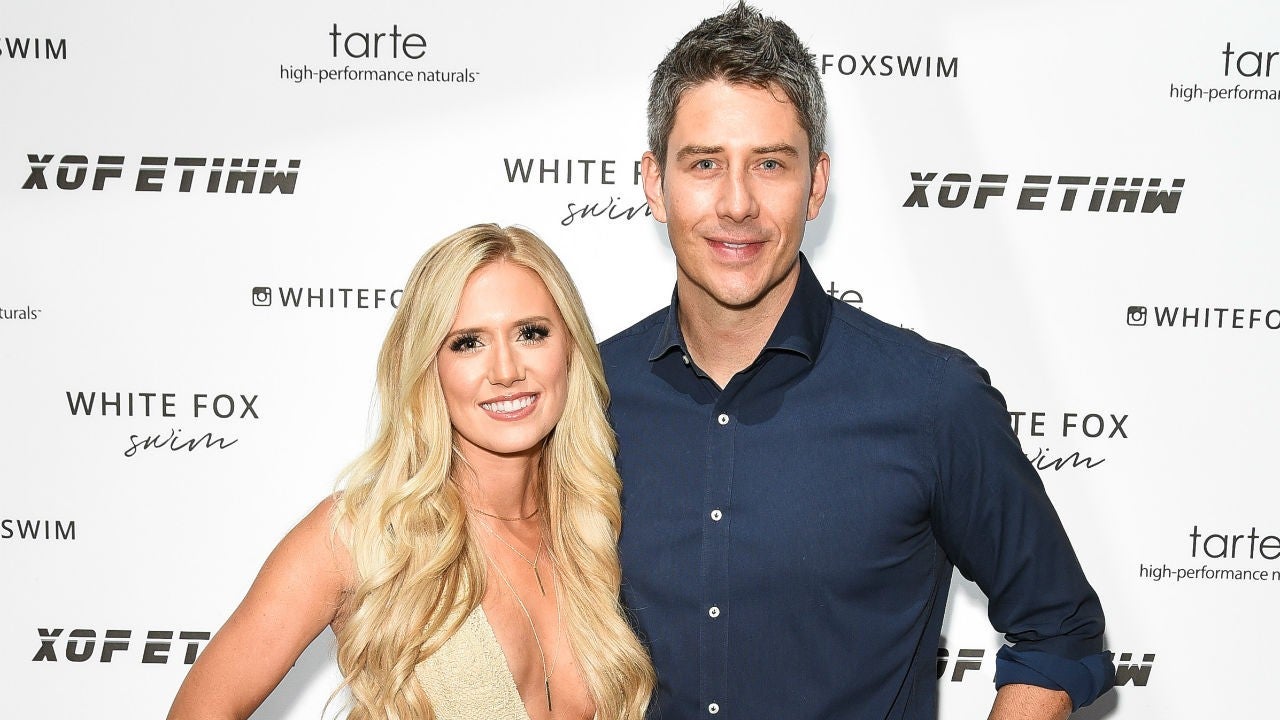 Arie Luyendyk Jr. and Lauren Burnham Get Married Again in the Back of a Pink Cadillac in Vegas: Pics! | Entertainment Tonight 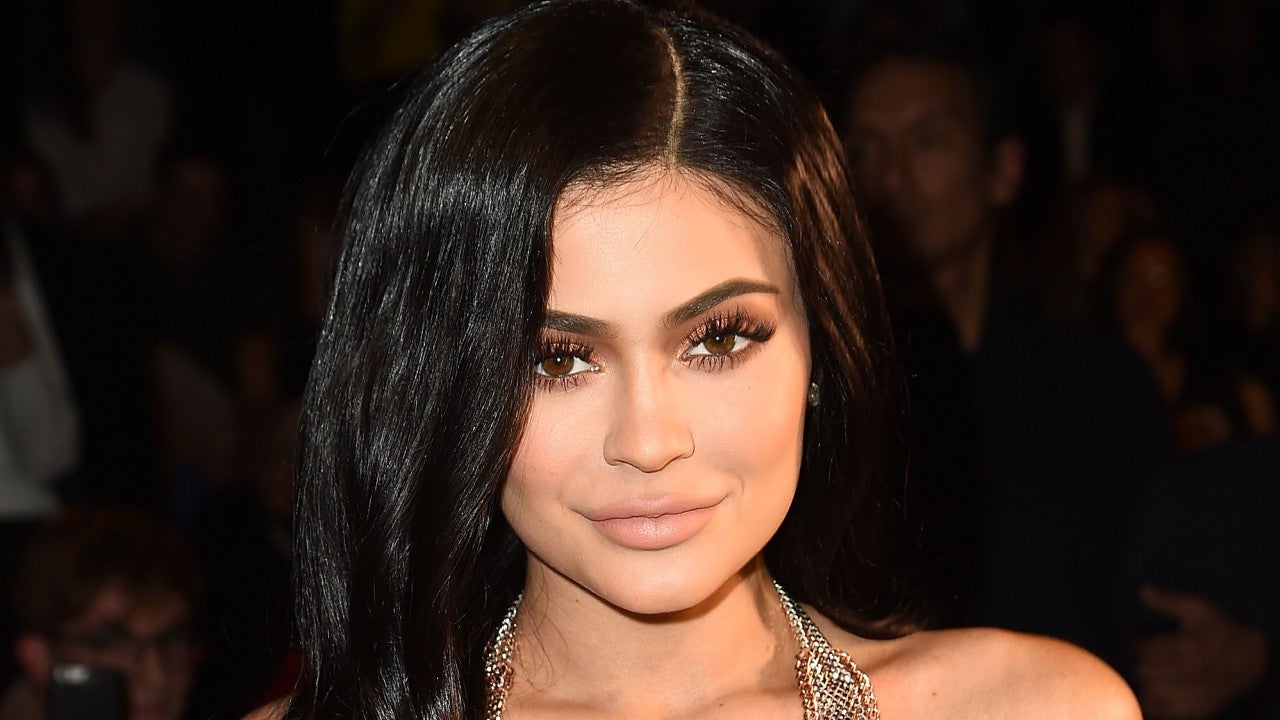 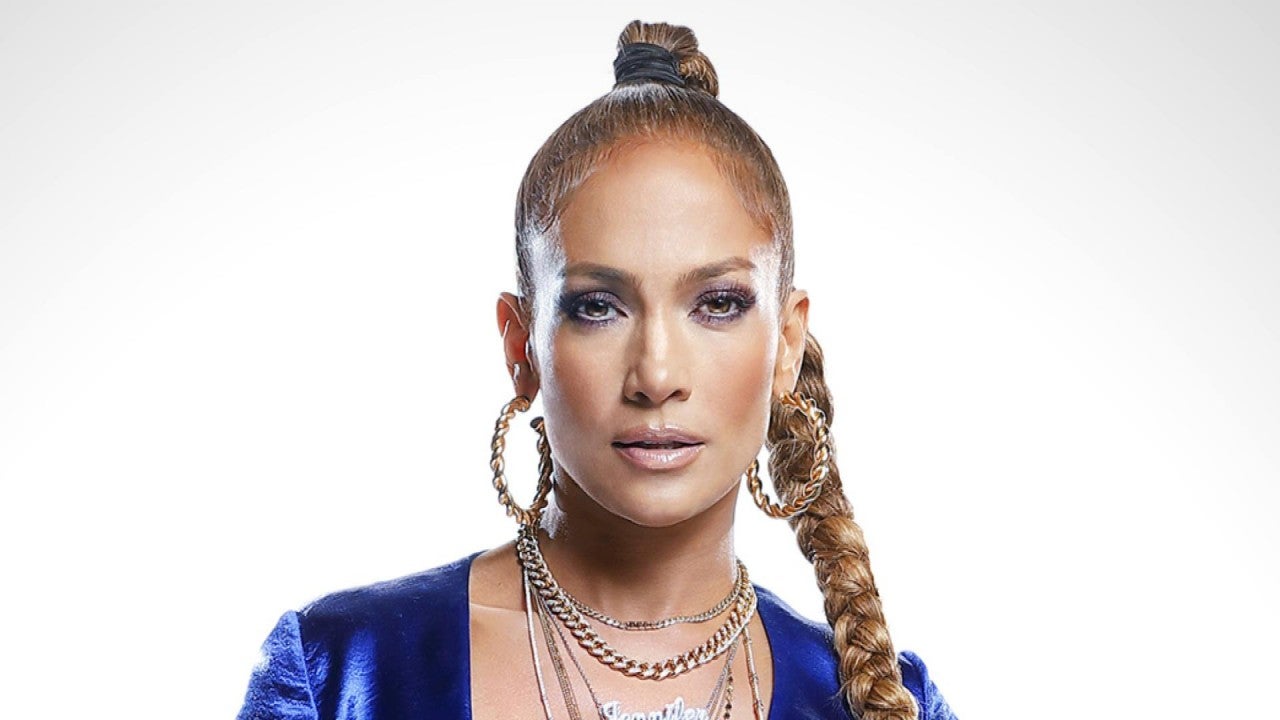 Jennifer Lopez knows how to make a statement!

All eyes were on the 49-year-old entertainer at the Second Act movie premiere in New York City on Wednesday night. The romcom’s leading lady arrived at the celebration in a dramatic hot pink tulle high-low gown by Giambattista Valli that featured a never-ending train. She paired the couture creation with silver Jimmy Choo platform heels, a rectangular metallic Jimmy Choo clutch and dangling diamond Lorraine Schwartz earrings.

Not taking any attention away from her billowing look, J. Lo — who was accompanied by her boyfriend Alex Rodriguez — opted for a sleek top knot that showed off her gorgeous complexion. Her beauty look consisted of matching pink eyeshadow, light blush, defined brows and a nude lip.

“I love the color, number one, and then the drama of it,” she told ET on the red carpet, adding that she works together with her stylists to create her looks. “We had a lot of fun.”

Before making their way to the premiere, A-Rod took to Instagram to share a silly photo of the two, while taking a guess at what inspired his lady love’s ensemble.

“I think she was inspired by my Pink Panther look. Headed to the @SecondActMovie premiere in NYC with my girl! 💕,” he wrote.

Lopez has been on a fashion hot streak during her Second Act press tour this week, stepping out in an array of magnificent and head-turning ensembles. On Tuesday, she rocked four fabulous outfits. From a wide-leg white Stephane Rolland jumpsuit to a belted, gray jumpsuit with a matching jacket from Max Mara draped over her shoulders, Lopez was unstoppable.

Only ET was with the star at the Bronx’s AMC Bay Plaza 13 theater on Tuesday, where Lopez surprised fans at a special advanced screening of her new movie.

“We are going to do a surprise everybody! We’re in the Bronx, this is where I used to go to the movies!” J. Lo announced, giddily revealing that her hometown return even influenced the showstopping boots she wore that day. “We are coming to the Bronx, we could not disappoint.”

Jennifer Lopez Wows in a Babydoll Dress and Thigh-High Boots

We have a sneaking suspicion that North West is going to want to borrow her mom Kim Kardashian’s new purse!

The 37-year-old reality star debuted her blinged-out new bag at the 25th Anniversary Auction by Christies in Beverly Hills on Tuesday.

Kim took to the red carpet in a skintight latex pink mini-dress and see-through heels. But it was her sparkly purse that really caught everyone’s attention.

To accent her look, Kim carried a crystal-encrusted Judith Leiber Couture French fry purse. The bag costs more than $ 5,000 and features a crystal rainbow box for the fries. It’s currently sold out at Neiman Marcus.

The look continued Kim’s recent love of bright and neon colors after her trip with pals Larsa Pippen and Jonathan Cheban to Miami. While there, Kim literally matched her neon green wig to her neon green Lamborghini.

In a new interview for CR Fashion Book, the mother of three insisted that she has a “modest” side too.

“My soul inside of kind of modest,” she told the magazine. “My closest friends know that about me.”

For more from the shoot, watch the clip below:

Kim Kardashian Opens Up About Her Revealing Style and ‘Modest’ Soul

Kim Kardashian on Her Revealing Style: ‘My Soul Inside Is Kind of Modest’

Kylie Jenner rang in her 21st birthday on Thursday night with her A-list family, boyfriend Travis Scott, and a few celebrity friends.

Naturally, the Kardashian-Jenners documented the entire thing on social media, and they appeared to be having a blast. The birthday girl showed up to the event in a sexy rose pink satin dress with a peek-a-boo cutout and wrap tie.

She wore her hair blonde with lengthy extensions, and paired the look with matching lace-up heels.

Keeping up with the pink trend, Kim Kardashian rolled into the bash in a racy bubblegum pink, skin-tight dress with a cutout to show off her abs. She carried a see-through pink purse and purple heels to complete the vibrant look.

Fresh off her split from Younes Bendjima, Kourtney Kardashian looked carefree and fabulous in a sparkly purple mini-dress with large hoop earrings. She was spotted throughout the evening with her ex and the father of her children, Scott Disick, who also attended the soiree.

Khloe Kardashian flaunted her post-baby figure in a rhinestone-covered silver crop top, matching pants and a jacket over top. She wore her short blonde locks down and wavy and appeared to attend the party without her NBA player boyfriend, Tristan Thompson.

Kendall Jenner sported a strapless black mini-dress, pulling her hair up in a bun.

Both of Kylie’s parents were in attendance, including Kris Jenner, who threw up a middle finger to the camera in a funny group shot and Caitlyn Jenner, whom Kim filmed in a rare family moment, standing alone at the party. She was spotted with her rumored girlfriend, Sophia Hutchins, entering the venue earlier in the evening.

The group started off the evening at the popular celebrity hot spot, Craig’s before hitting up the Delilah nightclub. Of course, Kylie had to have an outfit change for her late night festivities, slipping into a light pink sparkly body suit with a matching bag and heels.

In addition to her sisters and parents, Kylie was joined by Travis, Dave Chappelle, Kanye West, Larsa Pippen, and bestie Jordyn Woods.

Momager Kris gave her daughter a sweet toast at the event before pink confetti fell from the ceiling as the crowd cheered. The DJ rocked a T-shirt with Kylie’s Forbes cover printed on the back and guests picked up a variety of different color solo cups depending on their relationship status. There was also a pink ball pit, which Kim and Khloe happily jumped into.

Earlier in the day, Kylie posed for several photos with her adorable 6-month-old daughter, Stormi Webster. Here’s more from Kylie: