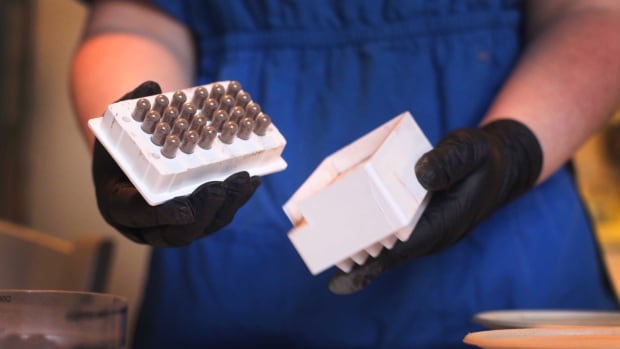 Health Canada is cautioning mothers and others who may be consuming human placenta preparations about potential risks for themselves and their babies.

The federal department said consuming human placenta could lead to bacterial or viral infections in mothers or their babies. The risk is higher if someone ingests the placenta of another person.

The U.S. Centers for Disease Control and Prevention reported the case of an infant who had been hospitalized for an infection from a bacteria found in the placenta pills his mother had been ingesting.

But Health Canada said there is no scientific evidence to support such claims and products containing human placenta are not authorized for consumption in Canada.

There are a range of methods used to prepare placenta for consumption, including steaming, cooking, dehydrating and encapsulating. Placenta products prepared by a third party are considered drugs and are subject to the requirements of the Food and Drugs Act. 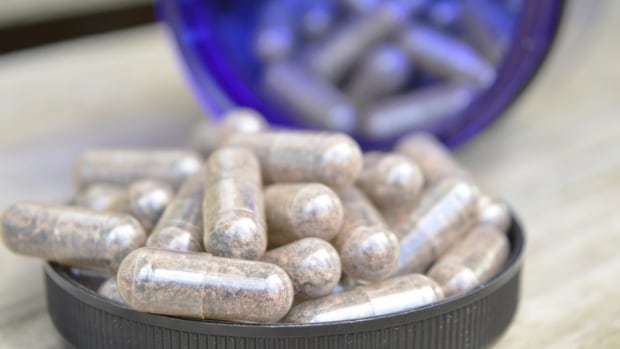 A Vancouver Island pharmacist has lost his licence after dispensing drugs containing human placenta and preparing the pills in an "unsterile" facility with "little evident regard" for safety procedures.

Isidoro Andres "Rudy" Sanchez, who managed a now-shuttered pharmacy in Courtenay, B.C., showed a "blatant disregard for public safety," according to a ruling from the provincial regulator.

The penalty comes after a four-year investigation, which began with the closure of the Marigold Compounding and Natural Pharmacy over public safety concerns in 2014.

Sanchez was pharmacy manager at the time. The College of Pharmacists of B.C. first suspended him pending the investigation, which wrapped in August.

It also said investigators found human placenta intended to be packaged in capsules was accepted, handled and prepared with little adherence to proper safety protocols for handling human tissues.

Sanchez handed out 88 prescriptions for placenta pills, which aren't approved by Health Canada or for use in Canada under the Food and Drugs Act.

He prescribed the capsules 64 times under his own name and 24 times using the name of a doctor and midwife, who denied ever prescribing the capsules for their patients, according to the decision.

The investigation also found two bottles of placenta capsules in a fridge, with no patient information on the labels.

The lack of proper patient labelling also suggests some of the pills "were being sold to women other than the original mother donor," the decision said.

Patients were also counselled "on alternative drug therapies and products well outside the scope of pharmacy practice and without notification to the original prescriber," it continued.

Sanchez has been ordered to pay $ 115,000 in costs and can't reapply for his license for at least six years.

He had been previously suspended for similar infractions after the pharmacy was shut down in 2010. Khloe Kardashian is taking after her sister, Kim Kardashian West, when it comes to her birthing plan.

On Sunday’s Keeping Up With the Kardashians, the 33-year-old pregnant reality star shares that she will be eating her own placenta like Kim did after she gave birth to both daughter North and son Saint.

“I’m going to eat it in pills,” she tells Kim of ingesting the umbilical cord.

“My placenta was like double the size, it was really oddly big, so she gave me two jars,” Kim recalls, causing Khloe to sneer.

The mother of three adds that she asked for “grape flavor” in her “picked placenta.”

As for whether marriage is in Khloe’s future, she admits during the episode, “I was married before and it didn’t do anything for me. I’m in a good, healthy relationship.”

She is, however, planning to welcome her first child in Cleveland, Ohio, where boyfriend Tristan Thompson plays basketball for the Cavaliers.

“[Tristan is] so happy and so excited. He makes it, more fun,” she says of the 26-year-old NBA pro, later noting that he’s hoping for a boy.

While she may be taking a few cues from her family ahead of giving birth, Khloe told ET that she’s still receiving “too much advice.”

“I’ve gotten to the point… I’m like, ‘OK, shut the f**k up and take your own advice,'” she quipped. “Like, I love Kourtney, but… I’m going to figure it all out, I promise you. We’re all going to learn. So some advice is great, but it’s also not what you say, it’s how you say it.”

A product labelled as human placenta and an illicit stem cell therapy were among several unauthorized drugs recently seized from a beauty shop in Richmond, B.C., federal officials say.

The drugs confiscated from Before & After Beauty Lab on Hazelbridge Way “may pose serious risks to health,” according to a Health Canada press release.

They include injectable products labelled as human placenta, high-concentration lidocaine cream, a prescription antibiotic and unauthorized stem cell therapies, packaged in languages including Japanese and Korean. 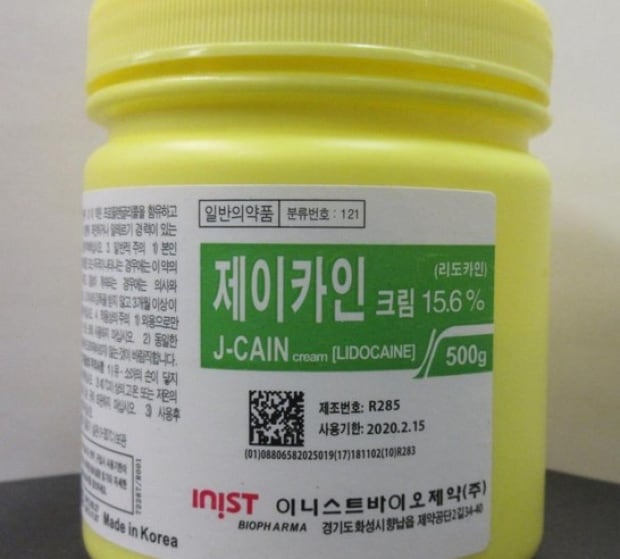 Health Canada has not assessed the safety of high-concentration lidocaine. (Health Canada)

“None of the products … have been authorized by Health Canada and may pose serious health risks as they have not been assessed for safety, effectiveness or quality,” the press release says.

No products containing human placenta have been approved for use in Canada, and only one stem cell therapy is authorized.

Some of the seized drugs should only be used with a prescription and under the supervision of a doctor or other health professionals. They include drugs like aminolevulinic acid, which can cause blistering or even bleeding, and the antibiotic gentamicin, which has serious side effects including kidney damage and hearing loss.

Health Canada says it is working with the Canada Border Services Agency to prevent more of these drugs from being imported. 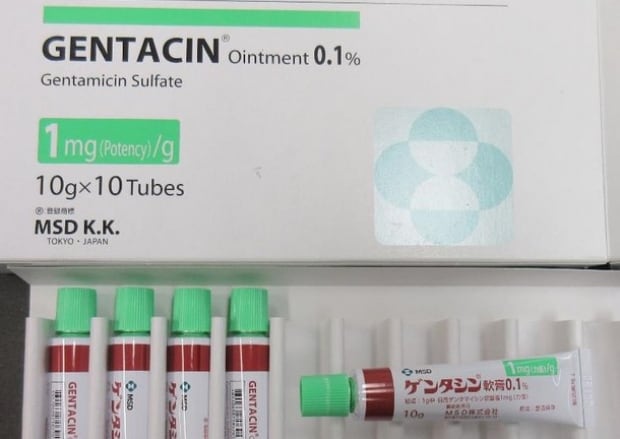 The antibiotic gentamicin has several serious side effects. (Health Canada)

Anyone who has purchased and used any of these drugs from the beauty shop should consult with a doctor: 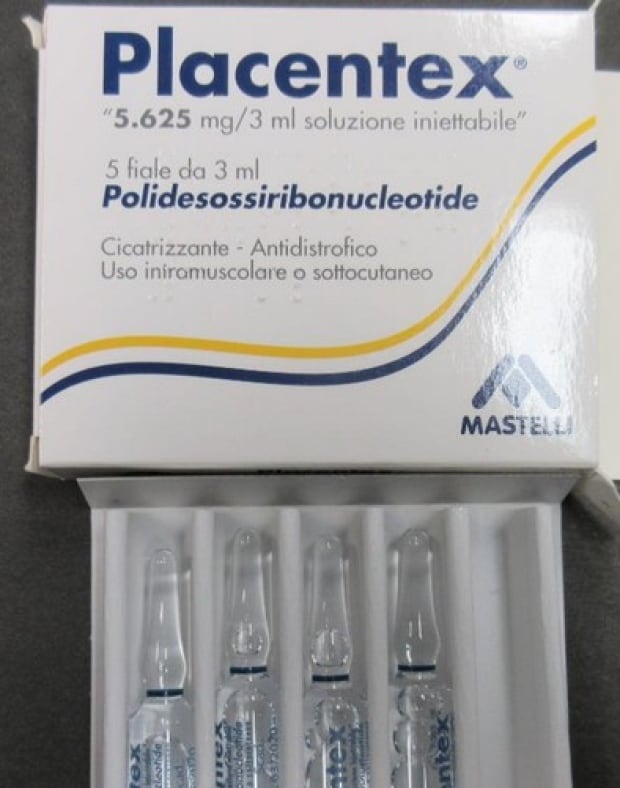 Mastelli Placentex was one of the products seized from a beauty salon in Richmond, B.C. (Health Canada)

Health professionals are warning new moms that consuming placenta capsules can carry health risks, and there’s a lack of oversight in how they’re made.

While there is no evidence of any benefit to placentophagy — ingesting the placenta after delivery — many women say it makes them feel better. But the process for  regulating the capsules is murky, and they could contribute to spreading infection from mother back to baby.

“We don’t really know how it’s safe to eat,” says Dr. Amanda Selk, a staff obstetrician and gynecologist at Mount Sinai Hospital in Toronto. “We have no way to know what temperature it needs to be heated.”

Selk said women who’ve used placenta told her it improved their mood, energy and hormonal balance and reduced their milk supply if there was too much.

But, as in many areas of medicine, the placebo effect associated with placenta pills can be powerful, in her opinion.

“I think that’s what’s striking is when people believe something will help them,” Selk said. “If you think this will make you feel better or get rid of your pain, having that belief is very important.”

Selk also tells patients there are questions about the safety of placenta capsules.

Last week, the American Medical Association tweeted a report published by the U.S. Centers for Disease Control and Prevention that warned about the risk of infection associated with placenta consumption.

An infant in Oregon developed an infection of Group B Streptococcus (GBS) — bacteria his mother had carried without symptoms during her pregnancy. The baby developed signs of respiratory distress and remained in hospital for 11 days.

“The placenta travels the same pathway as the infant, so it is probable that the placenta also became colonized with GBS,” Dr. Genevieve Buser, a pediatric infectious disease physician in Providence, Oregon, who published the CDC report, said in an email.

“We don’t know for sure, but when mother handled and consumed the pills, she may have unwittingly maintained a high level of GBS.… Perhaps this increased the opportunity for the infant to be reinfected with GBS.”

Scientists tested the placenta capsules three weeks after they were prepared and found living bacteria that genetically matched what was growing in the infant’s bloodstream.

The researchers couldn’t rule out the possibility that other family members contributed to the baby’s infection.

Buser called it concerning that placental tissue may be a vector for an infection that can be so serious in infants.

“I would recommend mothers who have this as part of their birth plan to speak with their health care providers regarding the risks,” she said. “In fact, there could be other risks such as impeding breastfeeding because the placenta does contain a lot of hormones.”

Meaghan Grant, of Toronto Family Doulas, said the Oregon infant’s illness highlights the lack of guarantees on temperature and other standards for preparing placentas outside of a client’s home.

“The government isn’t regulating us, by any means,” Grant said. If an issue arises, she said, “It comes down to dissatisfied clients to find out the certifying organization and report the encaspulator, which is a pretty complicated process for people who just had a baby.”

Health Canada said a product that contains human placenta meets the definition of a drug under the U.S. Food and Drugs Act if it is manufactured, sold or represented to diagnose, treat or prevent “a disease, disorder or abnormal physical state or its symptoms,” or for “restoring, correcting or modifying organic functions.”

A spokesperson for Health Canada said the agency encourages anyone who wishes to process human placenta to contact them “to discuss regulatory requirements for obtaining the necessary market authorization,” adding it hasn’t received any applications. 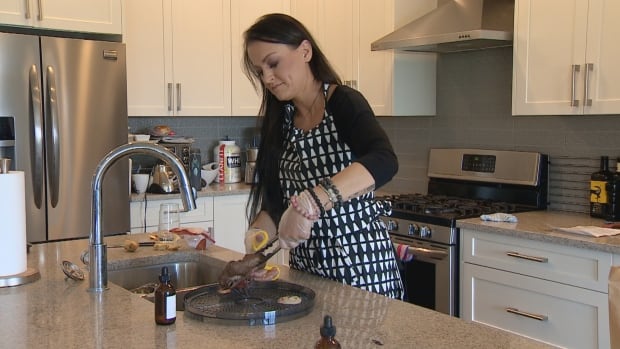 Susan Stewart of Calgary said she did contact Health Canada. “I’ve spoken with Health Canada and they weren’t really interested in regulating it,” she told CBC News.

Stewart said she’s been encapsulating placentas for eight years and charges $ 230 to $ 260 to make tinctures, salves and pills. Stewart’s aim is to improve the bond between mother and child.

“It’s a service to a client,” she said. “I’m not selling placenta products to the general public. I’m being hired privately by a woman to turn her placenta into pills.”

Buser isn’t sure it’s worth the risk.

“We don’t know that this practice is safe,” she said, “and could, in fact, endanger mothers and their babies at an important transition.”

Health Canada said people who use unauthorized health products do so at their own risk.