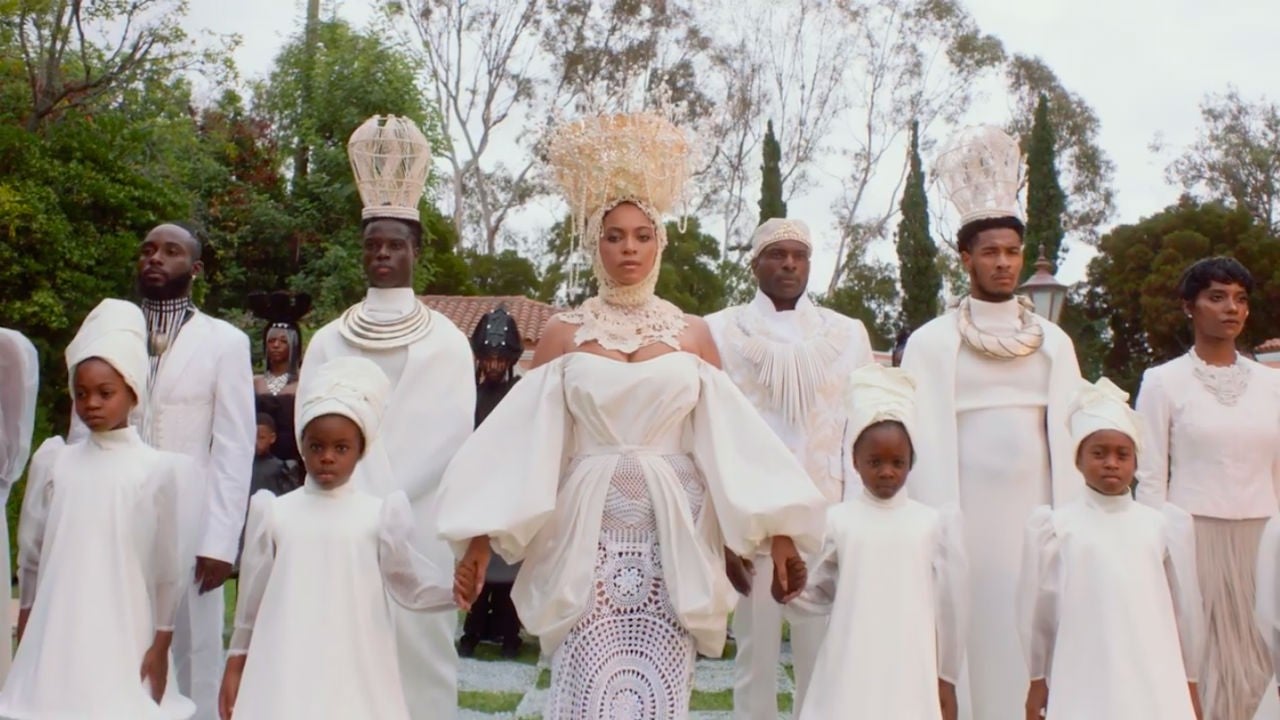 Beyoncé’s ‘Black Is King’ Is Streaming on Disney Plus: How to Watch the Visual Album | Entertainment Tonight 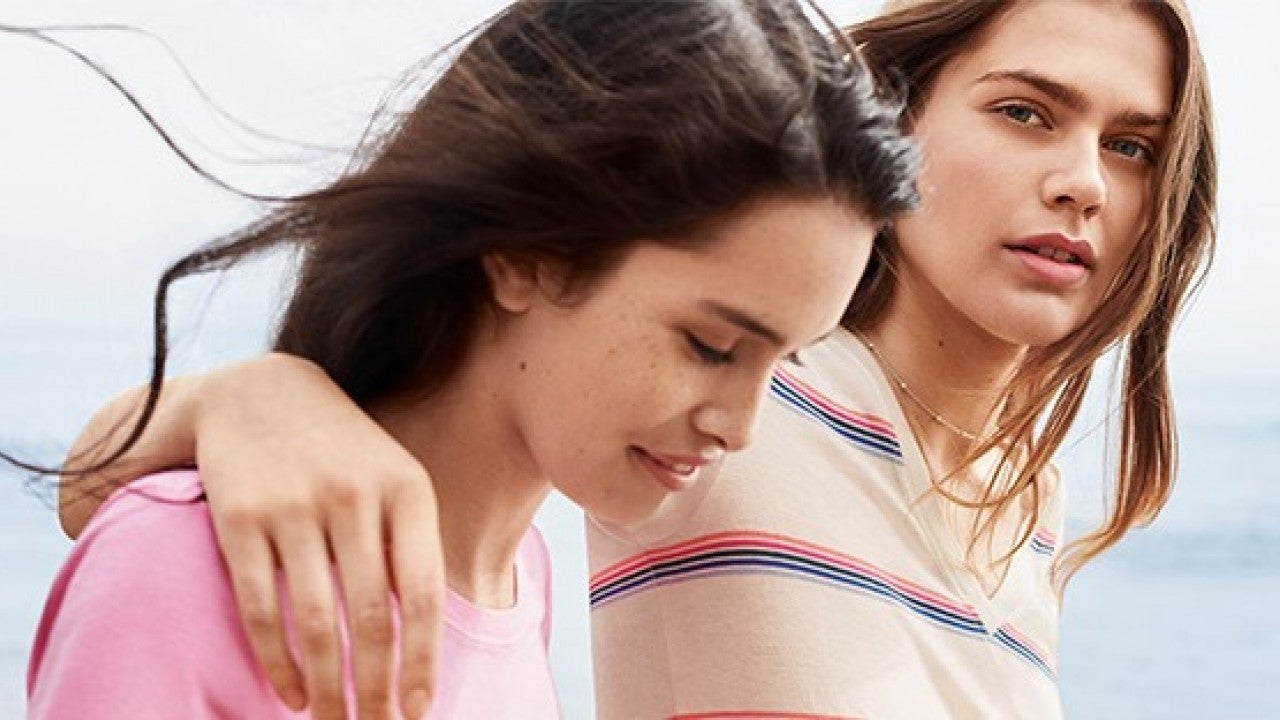 Gap Sale: Take Up to 50% Off Plus Extra 10% Off | Entertainment Tonight 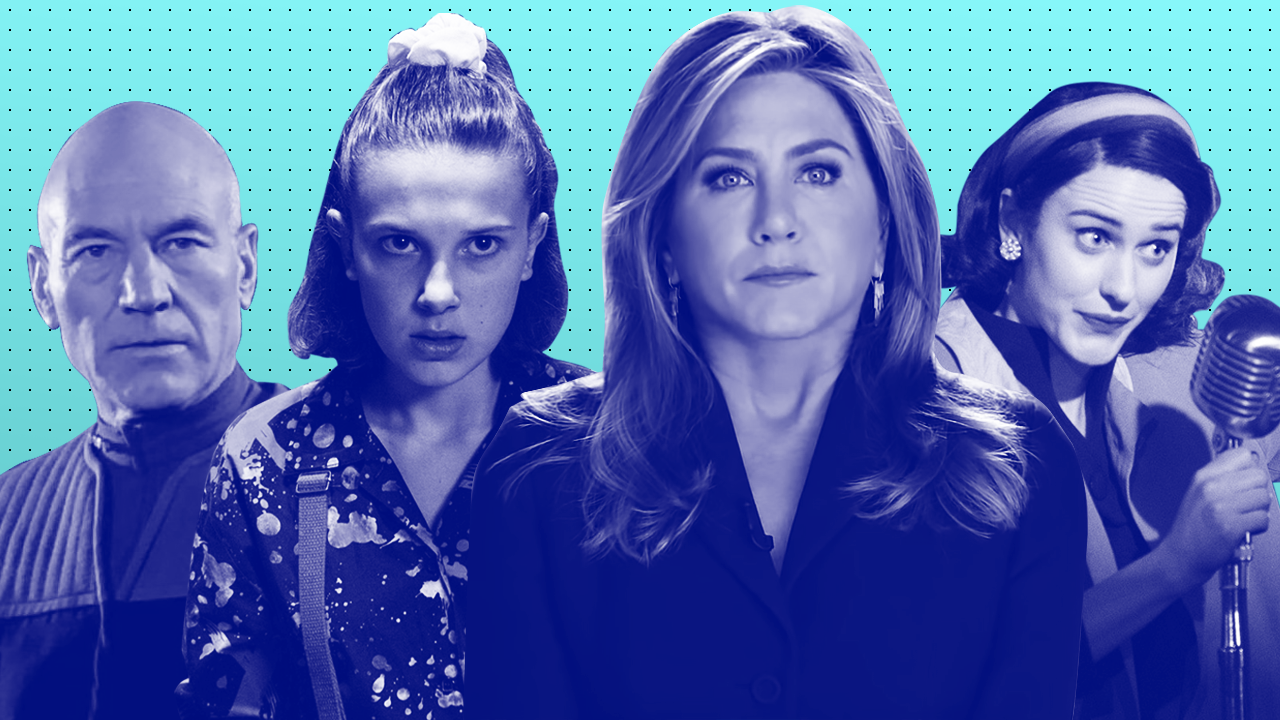 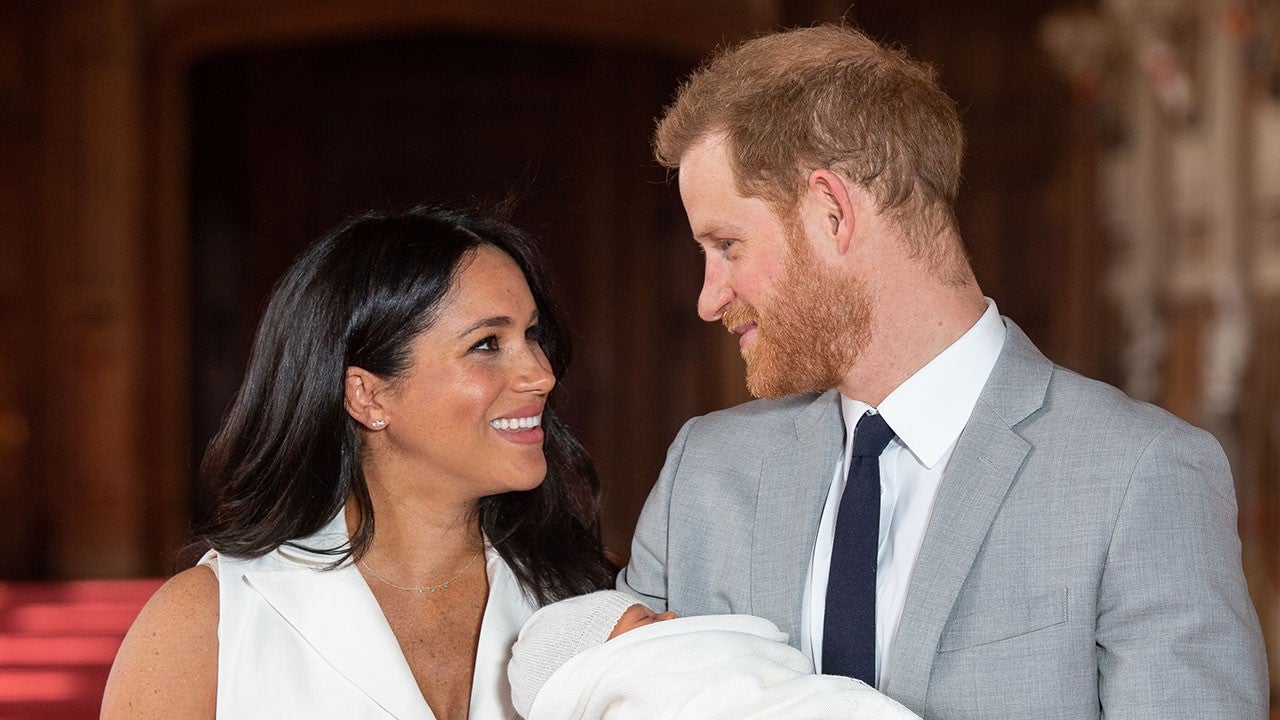 ‘Meghan and Harry Plus One’: Meghan Markle’s Friends Say She Will Be a ‘Strict’ Mother — But In a Good Way | Entertainment Tonight 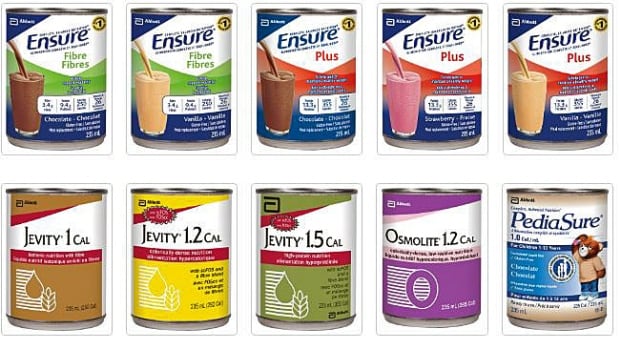 Abbott Nutrition is recalling a number of canned nutritional beverages due to possible bacterial contamination.

The Chicago-based company is recalling products under its Ensure Plus, Jevity and TwoCal brands, among others.

Full details are available on the Canadian Food Inspection Agency's website, which says there has been one reported illness associated with the products.

The CFIA says people should not consume the products, which come in 235-ml metal cans.

It's also warning hospitals and nursing homes not to sell or use the recalled products.

The agency says the recall was triggered by consumer complaints, and its investigation could lead to more products being recalled.

The chart below is a full list of all recalled products, along with the UPC codes printed on the product. Kaley Cuoco slipped into her gorgeous white lace wedding gown and floor-length cape while shoved into a barn full of horse feed, ET can reveal.

The 32-year-old Big Bang Theory star tied the knot with equestrian Karl Cook at a beautiful ceremony in Rancho Santa Fe, California, on Saturday, and new details have emerged about the extravagant nuptials.

“She snuck over to the barn at 7:45 p.m. and was shoved into the feed room, where all the food for the horses are, to put on her dress and get ready to walk down the aisle — because she walked down the aisle in the barn past all of her horses,” shares wedding planner Lauren Tatum. “She was standing in a room full of horse feed!”

“The whole [wedding] was unique and unusual, including their horseshoe altar,” adds Tatum, whose company, Lauren Tatum Events, organized the whole wedding. “That was Karl’s ranch. The horseshoe altar was 10 feet tall by 8 feet wide. They love their animals.”

In fact, the couple’s shared love of animals was a key factor in the ceremony, Tatum says.

“The two things that were most important to Kaley were that everyone could feel the love between her and Karl, and their love for their animals,” she explains. “That is what they cared about — the animals and each other — and that is what they wanted relayed to the guests; that those are what is most important in both of their lives forever and always.”

While Cuoco got dressed in the barn, guests arrived at 8 p.m. and made their way into the grand tent.

Cuoco made her entrance while award-winning New Zealand songstress Gin Wigmore performed a touching rendition of “I Will Love You,” from her 2015 record Blood and Bone.

“A real honor to be part of such a truly magical moment in the most gorgeous setting for the incredibly awesome Kaley @normancook & Karl @mrtankcook,” the 32-year-old singer/songwriter captioned a video of the performance.

In further clips shared by Cook, he can be seen grinning and clapping when Cuoco made her entrance, while the bride is shown arriving on the arm of her dad and excitedly greeting Cook before giving her dad an extra hug.

As the celebrant wiped away tears, the pair then held hands at the altar, which was made out of hydrangeas, peonies, pink roses and champagne pampas grass.

After the couple said their “I dos,” the real fun began with an epic 1920s-themed reception, featuring an ice luge, aerialists, fire-breathing, magic and a photo booth.

“Her ice luge had her wedding dress pattern carved into the front,” Tatum says, adding that the celebrations continued until the band stopped playing at 2 a.m. “There were unicycle riders showing people where to go from the valet onto the property. There were stilt walkers. There were aerialists who did performances hanging from way up in the sky for the guests. There were jugglers. All of this was really late night; all those people came out and did performances. There was a guy that blew fire out of his mouth!”

“There were cigarette girls who would pass out different key chains, lighters, candy, breath mints, jewelry and chocolate cigars,” she continues. “There was a magician there who did tricks.”

As for the food, the menu featured gourmet burgers with homemade ketchup, sage mustard and “all the cheese you could possibly think to put on a burger.” The hearty spread was accompanied by corn on the cob and broccolini and an array of fries – including French, sweet potato and waffle!

The pair even catered to guests’ late-night munchies with “sober-up food” including a taco bar, bratwurst bar, hot nuts and cotton candy.

“Karl was in charge of picking all the whiskeys, bourbons, beers and late-night food,” Tatum says.

See more on the incredible event below. 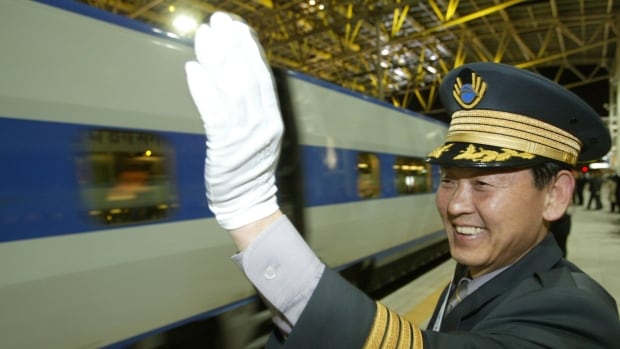 The boulder-sized moon atop a hill just beyond the Olympic Village seems like a fitting symbol for the logistical concerns now looming over the Winter Games in PyeongChang.

Caught in the gravitational pull of the Lunar New year, the biggest holiday of the Korean calendar, are scores of Olympic ticket-holders, athletes’ loved ones and locals, all jockeying for rides on the high-speed KTX train.

Blocks of train tickets have been wiped out during the three-day holiday known as “Seollal,” which begins on Friday. This, the biggest travel period of the year, will see 33 million people migrating to visit their hometowns.

The expat from Caledon, Ont., has tickets to Saturday’s Team Canada men’s hockey game against the Czech Republic. She’s excited to catch the action at the Gangneung Hockey Centre — if she can only figure out how to get there in time for the puck-drop at noon.

This artificial moon was erected on a hill beyond the athletes village in Pyeongchang to celebrate the Lunar New Year.(CBC)

The Korean railway’s website is showing no workable options.

“It’s been a logistical nightmare,” said Aleha, who may end up renting a car and braving a possible four-hour drive for what would normally be a two-hour commute.

An estimated 4.2 million cars will be clogging the highways for Seollal, as locals journey back to their hometowns to pay respect to their elders and ancestors, make dumplings, eat rice-cake soup and collectively turn a year older.

‘Left in the dark’

Aleha said foreigners were “left in the dark” about train reservations last month, as KTX prioritized who got first dibs on bookings on special release dates for Seollal tickets.

While Korean residents were able to reserve train tickets for the holidays starting at 6 a.m. on a Korean-language website, the English website didn’t open until 4 p.m.

Last year, KTX tickets for Seollal sold out within 30 minutes. In an email statement to CBC, Korail said it is running extra trains to meet increased travel demands.

As many as 25 Canadians, among them family members of Olympic athletes, are having to rely on privately hired buses to attend their loved ones’ events during what’s generally regarded as the most celebrated holiday on the Korean calendar.

The Lunar New Year is generally regarded as the most celebrated holiday on the Korean calendar.(Jung Yeon-Je/AFP/Getty Images)

But even planners with the foresight to purchase special PyeongChang Rail Passes granting them unlimited KTX travel have been out of luck. Their passes allow for back-and-forth train travel, but don’t guarantee seats, which still had to be reserved ahead of Seollal.

Across the street from the Gangneung train station on Thursday, where a crowd of people watched a nongak farm dancer twirling white streamers from his hat, Team Canada hockey fans from Nova Scotia grumbled about the inauspicious timing.

“Who in their right freaking mind says, ‘Hey, let’s put the Olympics in the same window as the Lunar New Year?'” said Darrell Roddick, a teacher at an international school who has lived in Seoul since 2009. The Canadian said he only managed to get train tickets on one of the busiest travel days of the year because a Korean-speaking assistant bought them on his behalf as soon as possible — at 6 a.m. on Jan. 17.

Travelling for the Lunar New Year is always an ordeal for South Koreans, but it has been made even more complicated this year with the country hosting the Olympic Winter Games.(Jung Yeon-Je/AFP Photo)

“She went online the moment these tickets went on sale. It gave her a number: She was 10,000th in the queue,” Roddick said.

It’s also frustrating for people with Olympic tickets but no way to get to their desired events.

Nicola Platzer and Kiersten Westbrook, a pair of tourists from the U.S., missed their 11 a.m. snowboard cross event because train tickets to Jinbu station from Seoul were sold out all morning.

On a Thursday train bound for Gangneung, one Korean man said he wasn’t able to get “seating seats,” just “standing seats.”

American tourists Jack Moores and Laura Rosenboom had been on their feet for two hours in the vestibule of a train known for hurtling at speeds of up to 350 km/h. They were on their way to a curling event.Team Canada hockey fan Darrell Roddick, a teacher at an international school in Seoul, blamed poor planning for the overlapping Korean Lunar New Year and the Olympics in Pyeongchang.(Matt Kwong/CBC)

“With the new year and everything, it’s just been a big challenge,” Rosenboom said, standing at the entryway.

“Lines have been crazy,” Moore added.

When a train stopped at Jinbu terminal, closer to where some freestyle skiing and snowboarding events are being hosted, a stampede of foreign fans streamed into the station, making a beeline for ticketing kiosks so they could figure out how to get back to Seoul.

Left scratching his head was Sangkeun Park, a Korean-Canadian carpenter from Calgary with a ticket to the men’s hockey game on Thursday evening between Canada and Switzerland.

The match at the Kwandong Hockey Centre ended around 11:30 p.m., he said, and his family is expecting him back in his home town of Wonju first thing in the morning for New Year’s rites to honour elders and ancestors.

“I’m looking for tickets. They’re already sold out,” he said, scanning a bus map. “I’m trying to figure out what to do.”

Park said he might have no choice but to stay overnight near Gangneung, hopefully finding a good hotel room for around $ 50 US.

It doesn’t look promising. Pyeongchang’s hospitality profiteers have hiked up rates to cash in on the Olympics.

Romanian-Canadian speed-skater Alexandra Inaculescu, left, with her mother, Sanda Langer. For Langer, watching her daughter perform in Pyeongchang became more complicated when she couldn’t book the train ticket she wanted.(Submitted by Alexandra Inaculescu)

So she’ll watch her daughter compete at the Gangneung Oval in the evening, then take a late-evening train back to Seoul. She has a Pyeongchang Rail Pass, but the Olympic event overlapping with the end of the Lunar New Year holiday means she has no reserved seat and will likely stand for two hours on the KTX around midnight on Sunday.

Doesn’t sound like fun, said Ianculescu, who is competing for Romania. An hours-long commute and a few hours standing on a train will be tiring, her mother said, but she also wouldn’t miss her daughter’s dream, no matter how difficult the logistics.

“If she had to crawl up a mountain to get here, she would,” Ianculescu said.