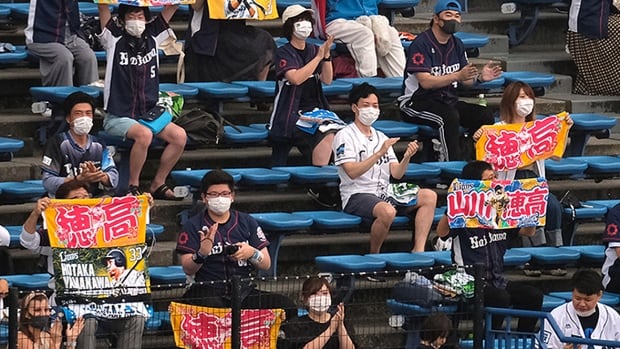 Japan has decided to stage this summer’s Tokyo Olympics and Paralympics without overseas spectators due to public concern about COVID-19, Kyodo news agency said on Tuesday, citing officials with knowledge of the matter.

The Tokyo 2020 games organizing committee said in response that a decision would be made by the end of March.

The Olympics, postponed by a year because of the pandemic, are scheduled for July 23 to Aug. 8 and the Paralympics from Aug. 24 to Sept. 5.

Kyodo said the government had concluded welcoming fans from abroad would not be possible given public concern about the coronavirus and the detection of more contagious variants in many countries, Kyodo cited the officials as saying.

The opening ceremony of the torch relay would also be held without any spectators, Kyodo said.

“The organizing committee has decided it is essential to hold the ceremony in the northeastern prefecture of Fukushima behind closed doors, only permitting participants and invitees to take part in the event, to avoid large crowds forming amid the pandemic,” Kyodo said, quoting the officials.

Tokyo 2020 president Seiko Hashimoto has said she wants a decision on whether to let in overseas spectators before the start of the torch relay on March 25.

“Five parties, the IOC, the IPC [International Paralympic Committee], Tokyo 2020, the Tokyo Metropolitan Government and the national government, came together for a meeting via online just last week,” the organizing committee said in response to the Kyodo report.

“The decision regarding allowing spectators from overseas to attend the Tokyo 2020 Games will be made by the end of March based on factors including the state of infections in Japan and other countries, possible epidemic-prevention measures, and expert scientific advice will be considered.”

In the last Olympic Games, the 2018 Winter Games in Pyeongchang, South Korea, local fans accounted for 80 per cent of all ticket sales, with international fans buying 20 percent.

While coronavirus infection numbers have been relatively low in Japan compared with the United States and many European countries, the country has been hit hard by the third wave of the pandemic and Tokyo remains under a state of emergency.

Most Japanese people do not want international visitors to attend the Games amid fears that a large influx could spark a resurgence of infections, a Yomiuri newspaper poll showed.

The survey showed 77 per cent of respondents were against allowing foreign fans to attend, versus 18 per cent in favour.

Some 48 per cent said they were against allowing any spectators into venues and 45 per cent were in favour.

The new president of the Tokyo Olympic organizing committee stopped short of saying there would be no foreign fans at this year’s games, but she certainly hinted at it Wednesday after online talks with IOC President Thomas Bach and others.

The Japanese newspaper Mainichi reported Wednesday that the decision had already been made to exclude foreign fans. It cited only unnamed sources “involved in the discussions.”

“If the situation is tough and it would make the [Japanese] consumers concerned, that is a situation we need to avoid from happening,” organizing committee president Seiko Hashimoto said.

The newspaper report came just before Hashimoto’s meeting with Bach. She said a decision on foreign fans will come by the end of the month, and she wants one by March 25, when the torch relay begins from northeastern Japan.

The Olympics are scheduled to open on July 23.

“In the current situation it is impossible to bring in foreign spectators,” the Mainichi newspaper said, citing an unnamed government official. 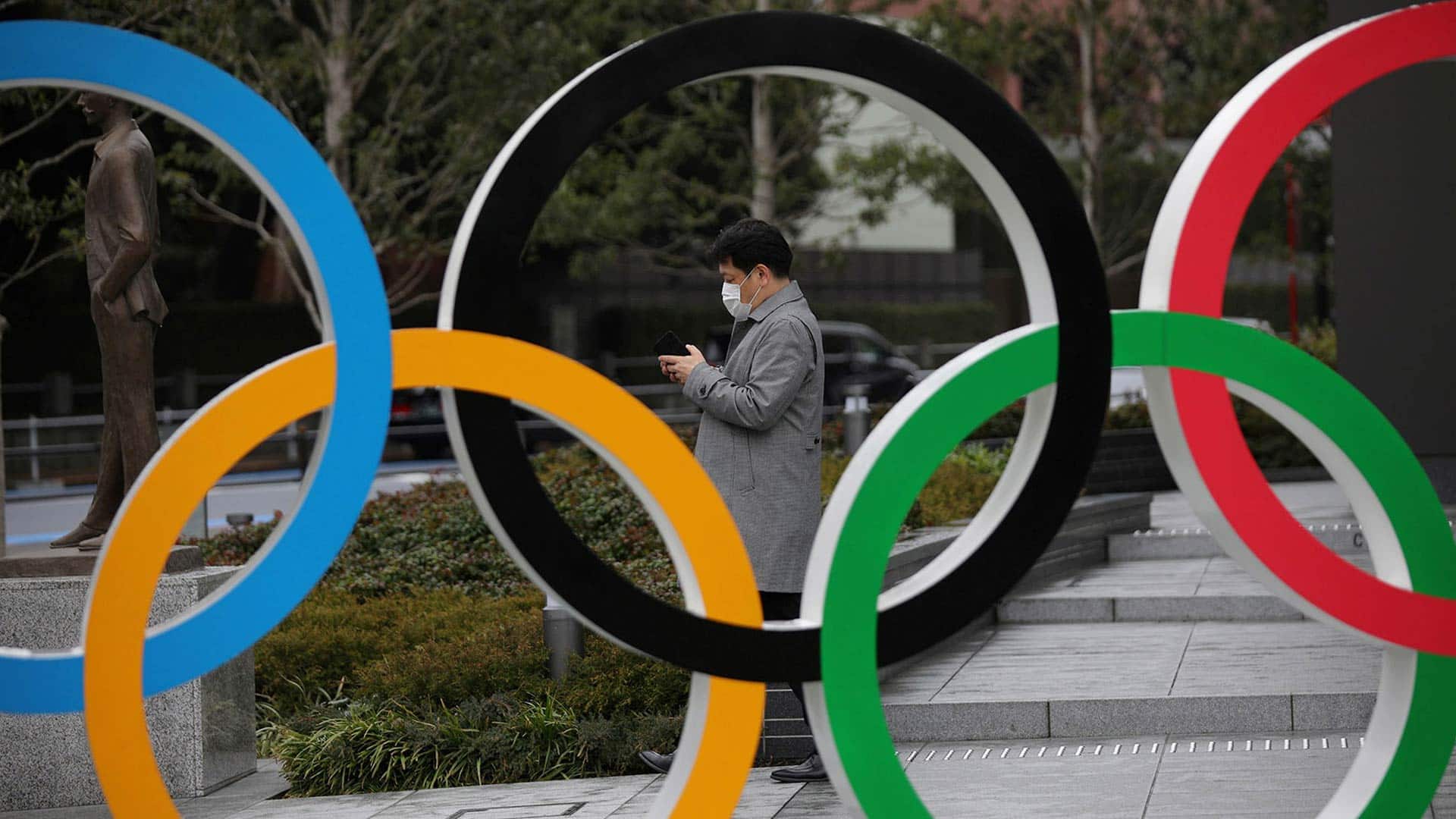 Olympic officials have unveiled the first in a series of ‘playbooks’ for how they’ll keep the upcoming Tokyo Games safe during the pandemic. The guide dictates how people can travel, where they can go and even how they can cheer. 1:57

Hashimoto was asked after the meeting how Japan could even consider letting in thousands of overseas fans, given how unpopular the idea is at home where up to 80% want the Olympics cancelled or postponed again. Japan has attributed about 8,000 deaths to COVID-19, but has controlled it much better than most countries.

IOC hopes to have as many Olympians vaccinated as possible

Bach hinted at hard choices to be made in comments before the meeting was closed to reporters.

“We will focus on the essentials,” Bach said. “That means mainly the competitions. This has to be the clear focus. In this respect we may have to set one or another priority.”

The exclusion of foreign fans has been almost a foregone conclusion with the games being held during a pandemic. The Japanese public has been openly opposed to the games, and one sticking point has been the risk presented by visitors entering the country. The other has been the soaring costs.

The games will involve 11,000 Olympic athletes, and later 4,400 Paralympians, and tens of thousands of coaches, judges, sponsors, media and VIPs. Bach said he was encouraged at the number of national Olympic committees that were getting athletes vaccinated. The IOC said it encourages vaccinations but will not require them.

Bach said his hope was “to have as many participants as possible arriving vaccinated to Tokyo.”

“There I can inform you that a considerable number of national Olympic committees has already secured this pre-Tokyo vaccination,” Bach said.

The general plan is to isolate athletes in the Olympic Village alongside Tokyo Bay; put them in a bubble when they arrive, and until they leave Japan.

Hashimoto said a decision on venue capacity will be made by the end of April. She said the “zero-fans option” was not discussed.

Tokyo Games will be most expensive Olympics on record

“We need to look at the overall situation before we decide on any percentage rates,” she said. “We believe we will not be accepted unless the citizens feel confident that sufficient countermeasures are taken.”

Having fewer fans will be costly. The organizing committee has budgeted income of $ 800 million US from ticket sales. That shortfall will have to be made up by Japanese government entities.

These are the most expensive Olympics on record. The official cost is $ 15.4 billion, though two government audits suggest it might be almost twice that much. All but $ 6.7 billion is public money.

The Tokyo Games have been haunted by problems. A bribery scandal tied to the bid in 2013 forced the resignation two years ago of Japanese Olympic Committee President Tsunekazu Takeda. He denied any wrongdoing.

Last month, former organizing committee president Yoshiro Mori was forced to resign after making sexist comments about women. Essentially, he said they talk too much.

Mori was replaced by Hashimoto, who cautioned on Tuesday of the unpredictable problems that await.

“The biggest challenges is the countermeasures against COVID-19,” she said. “Nobody can foresee how the situation will be this summer.” 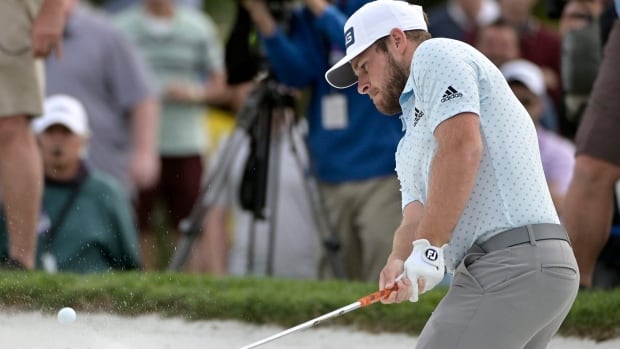 The PGA Tour is reportedly exploring the possibility of resuming play without spectators.

According to a memo to players obtained by GolfChannel.com, tour officials plan to meet with the players advisory council on Tuesday to discuss a season that has been disrupted by the COVID-19 crisis.

The memo said that play could restart “with or without fans” in attendance, and that players would be given a minimum of 3-4 weeks of notice before getting underway.

“We understand many of you may be impacted by travel restrictions and/or the inability to practice in your area, thus we want to be able to give you as much time as possible to allow you to come back fully prepared,” the memo read.

The first event on the calendar that has not yet been canceled or postponed is the Charles Schwab Challenge from May 21-24 at Colonial Country Club in Fort Worth, Texas. The memo acknowledges that start date is unlikely, however.

“We are evaluating other options that allow us to preserve the maximum number of events we can while giving us more time as the crisis evolves,” the memo read.