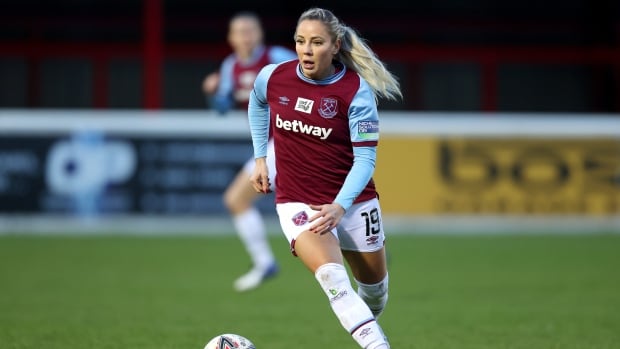 The English league runs through May 9. There was no immediate word on whether her recovery will stretch into the Tokyo Olympics, whose soccer competition is scheduled for July 21 through Aug. 7.

In 18 appearances this season, Leon has picked up one goal and five assists.

She joined West Ham United in January 2019 following a five-year stretch in the National Women’s Soccer League where she was last with the Seattle Reign, who decided not to retain her rights following the 2018 season.

In between that time, she made the move to Swiss Nationalliga A team FC Zurich Frauen in 2016, where she spent four months before returning to the U.S. to play for the Boston Breakers of the NWSL.

The King City, Ont. native attended Notre Dame University for her first two years on the Divison 1 level before transferring to the University of Florida for one year.

The 28-year-old has won 66 caps for Canada with 19 goals and four assists.

Tiger Woods was seriously injured Tuesday when his SUV rolled over and ended up on its side in suburban Los Angeles, authorities said. The golf superstar had to be extricated, and his agent said he was undergoing leg surgery.

Woods was alone in the SUV when it crashed shortly before 7:15 a.m. PT, the Los Angeles County Sheriff’s Department said in a statement. No other cars were involved.

The cause of the wreck wasn’t clear. The two-lane road curves through upscale suburbs, and the northbound side that Woods was driving on descends steeply enough that signs warn trucks to use lower gears. The speed limit is 45 mph, a little over 70 km/h.

At a news conference Tuesday, the police chief and fire chief of Los Angeles County said there’s no immediate evidence that Woods was impaired in the crash, but didn’t answer follow-up questions about how they know or about how fast he was driving. Weather was not a factor in the crash, they said.

Sheriff Alex Villanueva and Fire Chief Daryl Osby also say Woods was conscious and able to communicate when authorities arrived to pry him from the car.

Images showed the SUV on its side, with its front end heavily damaged, just off the side of a road near a hillside. An ambulance took the 45-year-old Woods to a hospital, authorities said.

“Tiger Woods was in a single-car accident this morning in California where he suffered multiple leg injuries,” said his manager, Mark Steinberg. “He is currently in surgery and we thank you for your privacy and support.”

Barbara Ferraro, a councilwoman in the community of Rancho Palos Verdes, said the road where Woods crashed is not winding like other stretches but it’s steep and not far from a gravel runaway truck lane that was ahead before the next traffic light.

“It’s easy to pick up speed,” Ferraro said. “Even if you’re not speeding, unless you’re actually putting on the brakes, you’ll pick up speed.”

There was a second crash when a vehicle that had apparently stopped to help Woods got hit, said Christopher Thomas, a spokesman for the Los Angeles County Fire Department. That wreck was very minor, and no one was hurt.

WATCH | ‘Probably the best player ever’:

Lorne Rubenstein, who co-authored “The 1997 Masters: My Story” with Tiger Woods, reflects on the golfer and the man. 12:32

Woods was in Los Angeles over the weekend as the tournament host of the Genesis Invitational at Riviera Country Club, where he presented the trophy on Sunday. He was to spend Monday and Tuesday filming with Discovery-owned GOLFTV, with whom he has an endorsement. A tweet Monday showed Woods in a cart smiling with comedian David Spade.

According to Golf Digest, also owned by Discovery, the TV shoot was on-course lessons for celebrities, such as Spade and Dwyane Wade, at Rolling Hills Country Club.

5th back surgery in December

Woods, a 15-time major champion who shares with Sam Snead the PGA Tour record of 82 career victories, has been recovering from Dec. 23 surgery on his lower back. It was his fifth back surgery and first since his lower spine was fused in April 2017, allowing him to stage a remarkable comeback that culminated with his fifth Masters title in 2019.

He has carried the sport since his record-setting Masters victory in 1997 when he was 21, winning at the most prolific rate in modern PGA Tour history. He is singularly responsible for TV ratings spiking, which has led to enormous increases in prize money during his career. Even at 45, he remains the biggest draw in the sport.

The SUV he was driving Tuesday had tournament logos on the side door, indicating it was a courtesy car for players at the Genesis Invitational. Tournament director Mike Antolini did not immediately respond to a text message, though it is not unusual for players to keep courtesy cars a few days after the event.

Woods feared he would never play again until the 2017 fusion surgery. He returned to win the Tour Championship to close out the 2018 season and won the Masters in April 2019 for the fifth time.

He last played Dec. 20 in the PNC Championship in Orlando, Fla., an unofficial event where players are paired with parents or children. He played with his son, Charlie, who is now 12. Woods also has a 13-year-old daughter.

During the Sunday telecast on CBS from the golf tournament, Woods was asked about playing the Masters on April 8-11 and said, “God, I hope so.” He said he feeling a little stiff and had one more test to see if he was ready for more activities.

He was not sure when he would play again.

“I’m sick to my stomach,” Justin Thomas, the No. 3 golf player in the world, said from the Workday Championship in Bradenton, Fla. “It hurts to see one of my closest friends get in an accident. Man, I just hope he’s all right.”

This is the third time Woods has been involved in a car investigation. The most notorious was the early morning after Thanksgiving in 2009, when his SUV ran over a fire hydrant and hit a tree. That was the start of shocking revelations that he had been cheating on his wife with multiple women. Woods lost major corporate sponsorships, went to a rehabilitation clinic in Mississippi and did not return to golf for five months.

In May 2017, Florida police found him asleep behind the wheel of a car parked awkwardly on the side of the road. He was arrested on a DUI charge and said later he had an unexpected reaction to prescription medicine for his back pain. Woods later pleaded guilty to reckless driving and checked into a clinic to get help with prescription medication and a sleep disorder.

Woods has not won since the Zozo Championship in Japan in fall 2019, and he has reduced his playing schedule in recent years because of injuries. The surgery Tuesday would be his 10th. He has had four previous surgeries on his left knee, including a major reconstruction after he won the 2008 U.S. Open, and the five surgeries on his back. 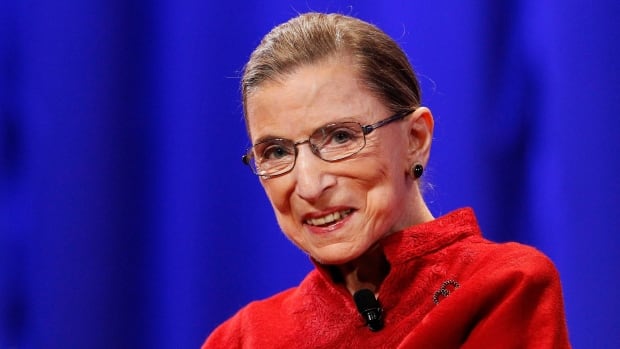 Ginsburg, at 87 the oldest member of the Supreme Court and its senior liberal justice, expects to be released from Memorial Sloan Kettering Cancer Center by the end of the week after doctors revised a bile duct stent that was originally placed in August 2019, the court said in a statement.

“According to her doctors, stent revisions are common occurrences and the procedure, performed using endoscopy and medical imaging guidance, was done to minimize the risk of future infection,” it said.

Ginsburg, who has had a series of health issues, said two weeks ago she was receiving chemotherapy treatment for a recurrence of cancer after a biopsy revealed lesions on her liver.

Ginsburg’s health is closely watched because a Supreme Court vacancy could give Republican President Donald Trump the opportunity to appoint a third justice to the nine-member court and move it further to the right. 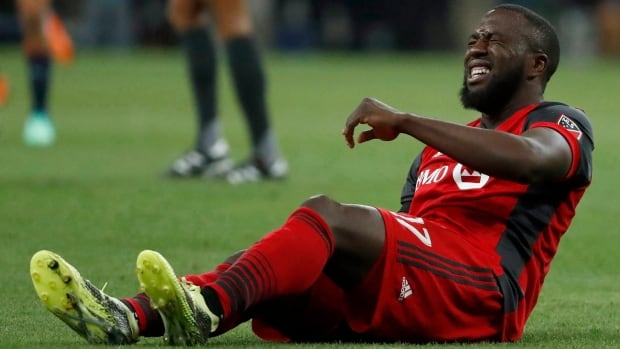 Toronto FC striker Jozy Altidore will miss the next four to six weeks after undergoing surgery to remove bone fragments from his foot.

The team said Altidore had the surgery earlier Tuesday.

He scored his 50th TFC goal in a March 30 game against Real Salt Lake.

Toronto hosts the Seattle Sounders on Wednesday in a rematch of the last two MLS Cup finals. 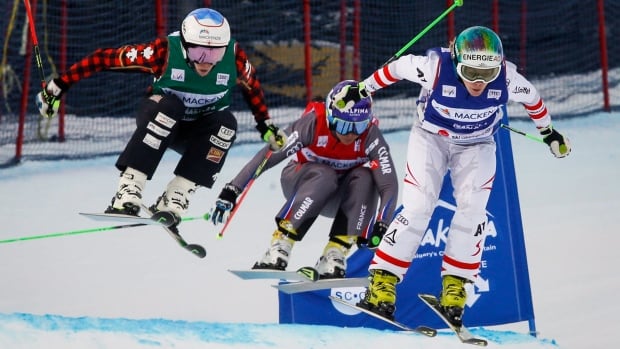 Canada’s Georgia Simmerling underwent surgery in Calgary, Alta., after breaking both legs in a ski cross World Cup event on Saturday at Nakiska.

Simmerling’s injuries will take her out of the running for the 2018 Olympics. She was a medal hopeful and was ranked fourth in World Cup standings heading into Saturday’s races.

The multi-sport athlete was a medal favourite heading into Pyeongchang​1:03

“I was having a pretty solid season so far,” Simmerling said. “I was really focusing on my technical cues during each race prep in order to perform at my best, be my best self, as opposed to the outcome of each race and the results.”

“You know injuries are a part of ski cross and it’s hard to avoid them. Unfortunately, I got injured at a pretty disappointing time in my season, right before the Games. I’m already wrapping my head around rehab, and going to tackle that like I take on anything: determined, with a little stubbornness and a lot of positivity.”

The official ski cross team announcement will be made on Monday.

Simmerling’s ski cross career has been incredibly successful, having reached the podium twice this season and nine times throughout her career.

The 28-year-old is the first Canadian to compete in a different sport at each of three different Olympic Games. She represented Canada in alpine skiing at Vancouver in 2010 before switching to ski cross for the Sochi Games in 2014.

Simmerling made the jump to summer sports at the Rio Olympics in 2016, earning a bronze medal in the women’s track cycling team pursuit.