Alex Morgan scored her first goal for Tottenham in a 3-1 victory over Brighton on Sunday as the London club won its first match of the Women’s Super League season.

The American World Cup winner, who made her Tottenham debut last month after giving birth in May, scored her team’s third goal from a penalty in the 84th minute.

“Alex has been building up her time on the pitch over the course of the last couple of months,” Rehanne Skinner said after her first game as Tottenham manager. “For her, she’s getting more and more back to where she would probably want to be.”

Tottenham opened the scoring when Morgan was fouled and Kerys Harrop swung the free kick into the top left-hand corner of the goal in the 11th minute. 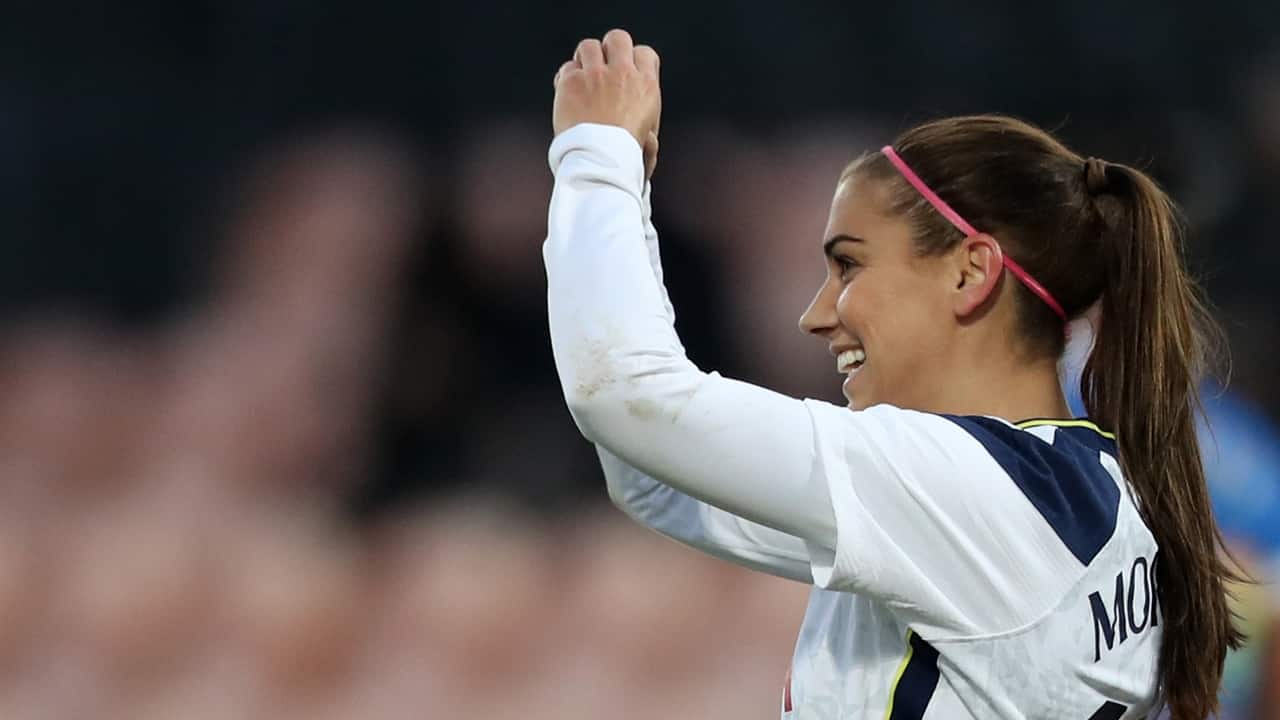 American World Cup winner Alex Morgan scores on a penalty in the 84th minute as her Tottenham Hotspur club went on to defeat Brighton & Hove Albion 3-1. 0:31

In the 63rd minute, Angela Addison took the ball past two Brighton players and the goalkeeper to slot into the bottom right-hand corner and brilliantly restore Spurs’ lead.

Morgan is among a group of American players to have moved to English soccer for this season, with Rose Lavelle and Sam Mewis at Manchester City, and Tobin Heath and Christen Press at Manchester United.